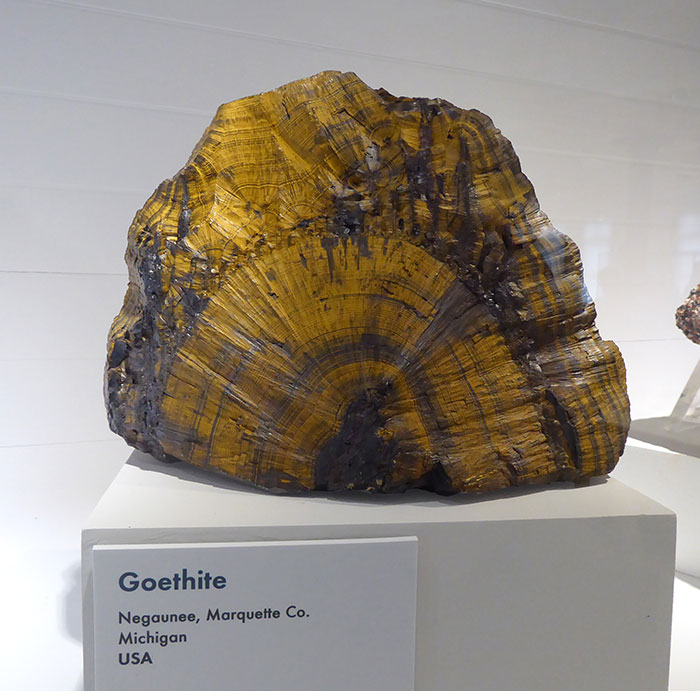 Goethite which is correctly pronounced 'ger-tite' is a common iron mineral which takes on various forms and colours.  It can be found all over the world and is present in abundance on Mars.

The mineral goethite often forms through the weathering of other iron-rich minerals.  Although usually black it can occur in shades of yellow, brown or red depending on the impurities present.

Fine crystallised specimens are rare but can be found in Cornwall (United Kingdom), France and Russia.

Goethite which can be translucent to opaque is commonly found in rust and iron ore deposits.

It grades 5 to 5.5 on Mohs scale of hardness and was named in 1806 after the German poet Johann Wolfgang von Goethe who was a keen mineralogist.

Goethite has been known since ancient times because it's the source of the yellowish brown colour in the pigment known as ochre.

The goethite mineral in the photo at the top of our article is on display in the Harvard Museum of Natural History, Cambridge, Massachusetts. The image is clickable and redirects to the original non-compressed photo.