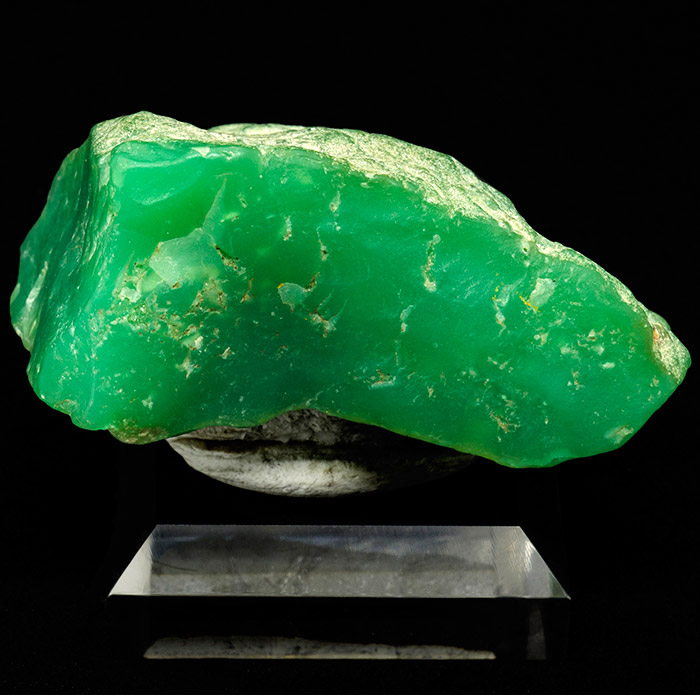 Chrysoprase is a cryptocrystalline variety of quartz.  This means its crystals are too small to be seen with naked eye.  Despite being known for its apple green colour it can be found in several shades of green.

Chrysoprase grades 6.5 to 7 on Mohs scale of mineral hardness so like most varieties of quartz is relatively hard.  This makes it a nice stone to work with.

This green variety of quartz is widely used as a gemstone.  The finest material is void of flaws, fractures and inclusions.

Although sometimes mistaken for emerald, the colour of chrysoprase is caused by trace amounts of nickel whereas in emerald it's chromium. 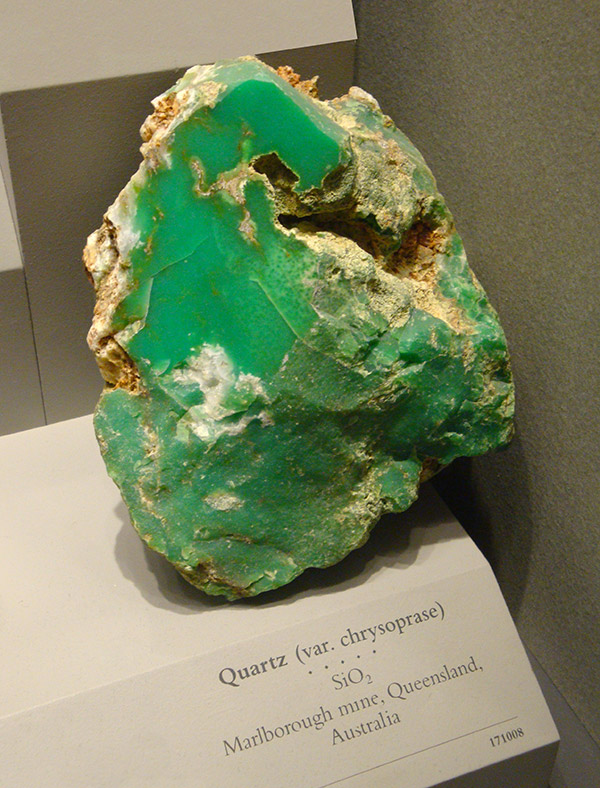 Most of the world's finest gem-grade chrysoprase comes from Queensland in Western Australia, Germany, Poland, Russia, Arizona, California and Brazil.

When used for its healing properties chrysoprase balances yin and yang energies and aligns the chakras.

It's a stone of communication, balance and stability and is particularly useful for those who suffer with an inferiority complex.

Some History of Chrysoprase

Although mentioned in writings as early as 23 AD, commercial mining of chrysoprase didn't begin until about 1740.  It was popular with the ancient Greeks and Romans who used it to create cameos and intaglios.

During the Middle Ages chrysoprase was used lavishly in Europe and was mined in the Northern Czech Republic and Southern Poland.  Once these deposits were exhausted it became considerably more expensive.

Many buildings in Prague are decorated with chrysoprase.  The most famous is the Chapel of St. Wenceslas.

The chrysoprase in the photo at the top of our page is courtesy of Steve Singingstone48.  The mineral in the second photo is on display at the Smithsonian Natural History Museum in Washington D.C.  Photo by Stone Mania.  Both images are clickable and redirect to the original non-compressed photo.