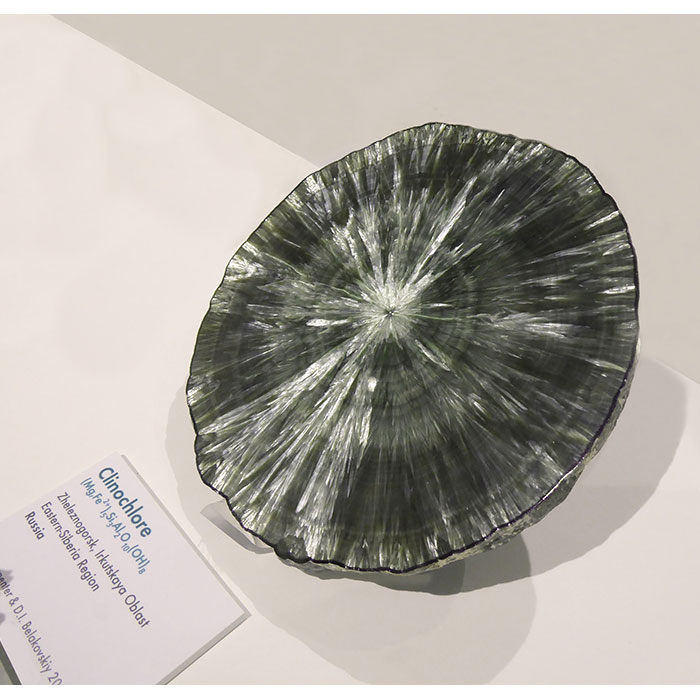 Seraphinite comes from a specific type of clinochlore.  This relatively rare mineral which is part of the chlorite group can only be found in Russia.

Although quite soft, seraphinite is widely used as a gemstone because of its attractive feather-like patterns.  These are caused by inclusions of mica. The presence of mica in seraphinite can also cause some material to be slightly chatoyant.

The clinochlore for seraphinite comes from an iron mine in eastern Siberia called Korshunovskoe.  Although known for a number of years it only started appearing outside of Russia more recently.

It didn't take long for seraphinite to start attracting attention from rock and mineral enthusiasts around the world.  Gradually larger quantities then began finding their way out of Russia.

Although more readily available now than it once was, large quantities of fine grade seraphinite is still difficult to find.  Due to the current political situation in Russia, the situation is unlikely to improve and if anything will get worse.

The silvery-white inclusions of mica in seraphinite tend to radiate outwards.  This gives the stone a feather-like appearance which has been likened to the wings of an angel.

For this reason when used for its metaphysical healing properties seraphinite has become closely associated with these celestial beings. 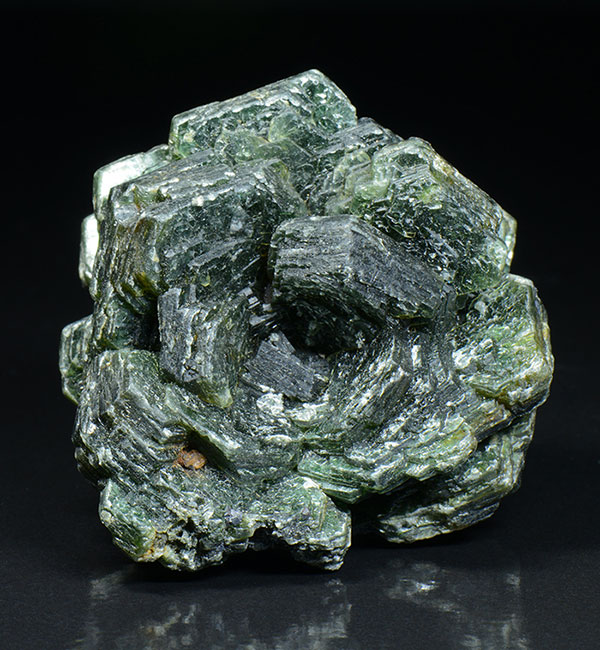 Despite the popularity of seraphinite as a gemstone it's very soft and fragile.  On Mohs scale of mineral hardness it grades 2 to 2.5.  This tool is used to measure the scratch resistance of one mineral against another.  Being so soft makes seraphinite extremely difficult to work with.

Who Are the Seraphim Angels?

The seraphim angels are loosely related to the mineral seraphinite because of the origins of the stone's name.  'Seraphinite' seems to have come from the Latin word 'seraphim', plural 'seraphin'.

Referenced in Judaism, Christianity and Islam, the seraph which literally means 'the burning one' is described as a heavenly or celestial being. It's widely thought of as a burning or flaming angel. The seraphin are said to be amongst the highest ranking order of angels.

Some have a slightly different interpretation of seraphim and believe it may actually mean 'fiery flying serpent'.

The word seraph was used by the English poet John Milton in 1667 in an epic poem called Paradise Lost. The genre was Christian theology.

The silvery-white inclusions of mica often present in seraphinite usually radiate outwards. This gives the stone a feather-like appearance which has been likened to the the wings of an angel. For this reason seraphinite has become closely associated with these celestial beings.

When used for its metaphysical healing properties seraphinite is known as an angelic stone. It's believed to initiate contact with natural spirits and non physical beings from this planet and beyond.

Seraphinite is a spiritual crystal regarded as being the stone of angels.  It strengthens your connection with your guardian angel or to any medium you may use for guidance and support.  It's especially useful when dealing with difficult or emotional situations.

The deep sense of peace and tranquility that seraphinite brings makes it one of the best crystals to use for meditation.  It's especially useful for those who struggle to stay focussed.

Seraphinite promotes intuition and inspiration making it a more significant part of your life.  It helps organise the mind by melting mental fog.  This enables you to think more clearly about yourself and your future.

Seraphinite imparts feelings of hope and positivity for those dealing with immense sadness as a result of a life changing event.  Its connection with the spirit world makes it a crystal for new beginnings.

Many green coloured stones resonate with the heart chakra.  As such they bring deep inner healing and soften emotional pain.  Seraphinite can be used to help recovery from a difficult breakup.  It surrounds you with a safe and supportive bubble to give you the space and time to heal.  It helps remove blame, eases anger and frustration replacing it with optimism and confidence.

Seraphinite encourages you to learn and grow from negative experiences.

The meaning and healing properties of seraphinite make it ideal for those looking to connect with their higher self.  It cuts ties to the physical body giving you the opportunity to learn more about your spiritual existence.

This deep green coloured crystal brings peace and harmony and works gently to find ways for you to free yourself from deep rooted emotions.  It promotes the importance of joy, happiness and living life for today.

The mineral clinochlore in our first picture is on display in the Harvard Museum of Natural History, Cambridge, Massachusetts.  Photo by Stone Mania. The second picture is courtesy of Stan Celestian.  Both photos are clickable and redirect to the original full size image.