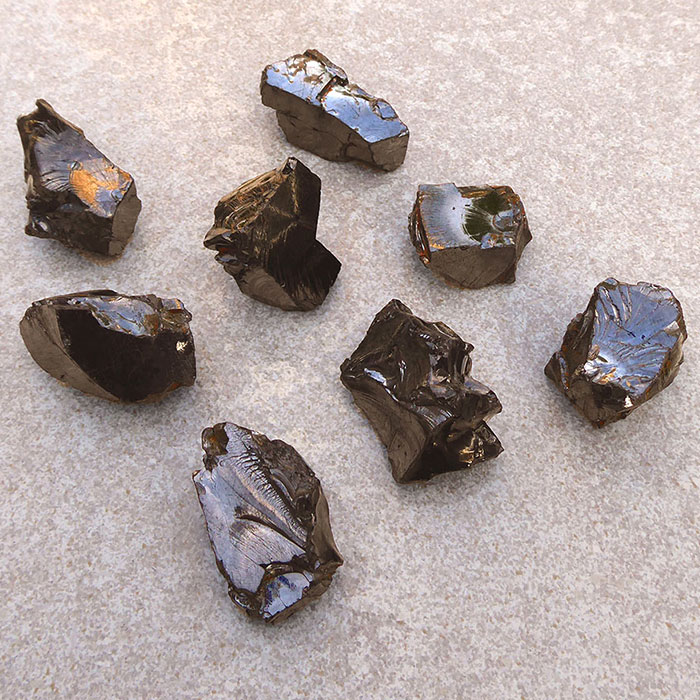 What is Shungite Stone?

Shungite is a curious stone that's relatively unknown.  Although sought after for its healing properties, it's also used for water purification purposes.

Shungite stone has a unique appearance, distinctive texture and is surprisingly light weight.  The rough material has a soot-like residue which comes from carbon.

Known to be least two billion years old, shungite is believed to have formed through the metamorphism of crude oil.

In one scientific study the stone is described as fossilised organic material formed from sediments that date back to the Precambrian period.  This is around the time Earth began to form.

In an article I read it suggests shungite may have formed prior to organic life being established on earth.  This has since been dismissed because proof of its biological origin has now been established.  Most carbon based materials came about because of decayed organic matter such as ancient forests.

Another article suggested Lake Onega in Russia formed from a crater made by an impact from a huge meteorite.  Shungite is found close to Lake Onega.  It claimed the crater may have contributed to the formation of shungite.  Having looked into this theory I can find no factual evidence to support it.

The basin for Lake Jänisjärvi (pronounced yanis~yarvi) however which is less than two hundred miles away is known to have formed following an impact from a meteorite.

Due to the lack of any significant crystal structure shungite is classified as a mineraloid.  These non crystalline or amorphous solids are not categorized as minerals because they do not form crystals.

Examples of other mineraloids include obsidian which is volcanic glass, opal which is formed from a solution of silicon dioxide and water and a relatively unknown material called moldavite.

The colour of shungite stone can vary from a rich shade of bronze to almost black.  It's opaque, can be highly lustrous to the point where it almost appears metallic and can be used for water purification purposes.

Shungite is known to remove organic and inorganic substances, harmful bacteria including E.coli and heavy metal from contaminated water.

Studies carried out in Russia have shown water purified with shungite has a revitalizing effect on the body.  It eases a variety of skin conditions, helps with gastrointestinal problems, kidney stones and a variety of other ailments.

Shungite water filters developed in Russia have been in use since 1995. 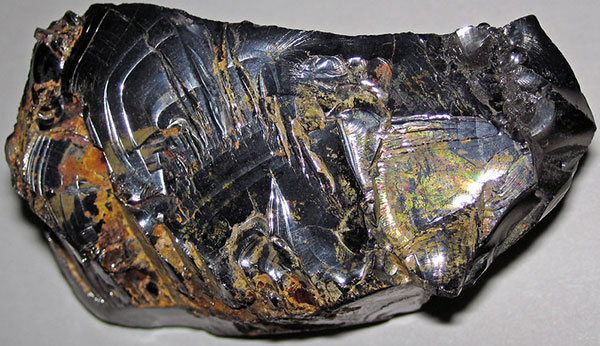 The presence of fullerenes in some shungite was first described in 1992.

Fullerenes which have antioxidant properties are an allotrope of carbon.  Allotrope is the ability for a chemical element to exist in two or more forms within the same physical state.  Graphite, charcoal and diamond are all allotropes of carbon.

Fullerenes were discovered in 1985 and quickly attracted considerable attention from different fields of science.  Today they're widely used in industry and particularly in medicine.

Although minor deposits of shungite have been reported in Austria, India, Democratic Republic of Congo and Kazakhstan, the original and largest source lies close to Lake Onega, Republic of Karelia, north west Russia.

In 1879 having been described as an extreme sample of non crystalline carbon, shungite was named after the village of Shun'ga.  As well as being the site of the first and largest deposit, Shun'ga Village is the oldest settlement in the area with a history dating back to at least 1375.

The Zazhoginskoe field which is approximately fourteen miles by seven is one of the world's largest mining fields for shungite stone.  Reports estimate there are between thirty five and fifty eight million tons of rock available in the area to mine.  Geologists believe it's likely additional deposits may also be discovered.  The vast majority of the world's shungite stone comes from this area.

It should be remembered not all shungite stone contains the same percentage of carbon.  The amount can vary from 10% to 100%.  Some stones being sold online as shungite are in fact shungite-bearing rock.

All known life forms on Earth are made up of carbon.  In humans it's the second most common element accounting for 23% of our total body weight.

The healing properties of shungite are particularly powerful because it's an antioxidant with exceptional anti-inflammatory capabilities.  It works as an antihistamine and can also help relieve some types of pain.

Shungite has strong shielding properties so can be used to protect against electromagnetic fields (EMF).  A shungite stone may be carried on your person or be placed close to a computer.

Shungite is beneficial for the relief of stress and fatigue.  It boosts physical wellbeing and has a powerful effect on the immune system.  Stress is transformed into high levels of energy and mental clutter and confusion is melted away.

According to the late Judy Hall author of The Crystal Bible, shungite is great at absorbing negative energy.  She therefore recommends it be regularly cleansed and recharged.  This can be done by placing the stone in the sun or the light of the moon.

Shungite is known to have been used for its healing properties as early as the 18th century.  Peter the Great who ruled Russia from 1682 until his death set up a spa in Karelia to make use of its water purifying properties.  It's reported he experienced the benefits of shungite for himself.

Healers who have worked with shungite say it clears stagnant energy and can help with the release of repetitive patterns of behaviour.  It can also help you to let go of beliefs that no longer serve you.

Shungite dissolves energy blockages and can be used in conjunction with meditation to cleanse the aura.  The aura which has been described as an energy field is the non physical form of our body.  It's said to be a representation of your true self on a physical, mental and emotional level.

Cleansing the aura to release blockages can help energy flow to the core of your physical body more freely.

Shungite can be used to release feelings of self-doubt, guilt or shame.  These thoughts patterns hold you back from reaching your full potential.  It teaches you to become more in control of your feelings and to build strong relationships with those around you.

The properties of shungite bring clear vision and promote a positive attitude.  Working with this stone will ensure your glass is always half full instead of being half empty.  A positive attitude brings freedom, happiness and a notable improvement in the quality of life. 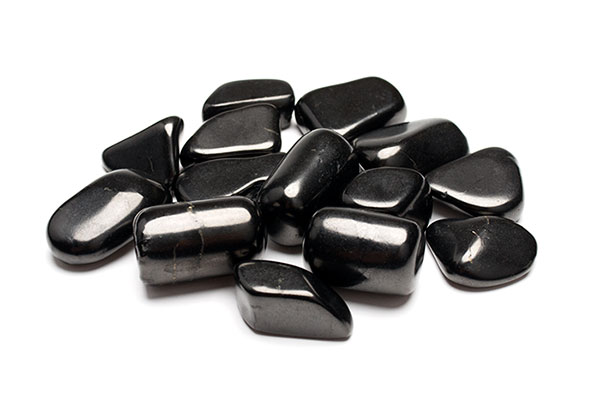 The practice of using crystals for their healing properties can be traced back thousands of years.  It's only fairly recently that some people have started questioning their ability to heal.

Science has found no conclusive evidence to support the fact that crystals have healing properties or mystical powers.  What research has show is that something known as the placebo effect is likely to be responsible for any positive change that comes about.

What has been proven conclusively through scientific analysis is that shungite can remove organic and inorganic substances, harmful bacteria including E.coli and heavy metal from contaminated water.  For this reason stones are widely used for water purification purposes.

The claim shungite has the ability to heal in a medical sense comes from it being a natural source of fullerene.  Fullerenes have been studied extensively by scientists.  Fullerene molecules are composed entirely of carbon.

Fullerenes have shown to have significant antiviral and antioxidant properties so have attracted a great deal of medical interest.  Replication of HIV can be suppressed by a combination of antiviral compounds. It's therefore believed fullerenes could be used to help combat HIV and other viral diseases.  It's believed they could also be useful in many other areas of medicine.

These findings have led to the metaphysical community running away with the idea that shungite is a miracle healing stone.  It's claimed to have powerful healing properties one of which is the ability to strengthen the immune system.

Some articles go as far as to say shungite can benefit those who are HIV positive.  The claims being made are inaccurate, unfounded and have the potential to be quite dangerous. 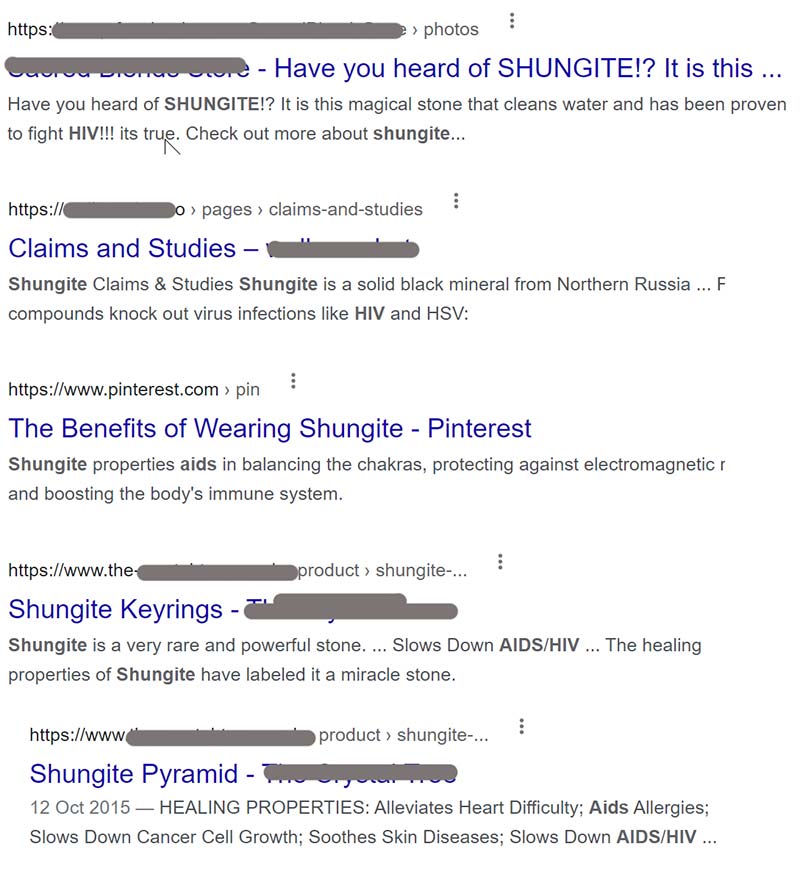 It's also claimed shungite can protect against electromagnetic fields (EMF).  This follows scientific testing that was carried in Russia in 2003 on rats.  The results showed the severity of damage caused by exposure to electromagnetic radiation could be decreased with shielding from shungite.  No further scientific analysis has been carried out since.

In 2017 when shungite was applied to the skin of hairless mice who were then exposed to radiation, there was a marked improvement in several skin conditions.  These included elasticity, roughness, pore size, pigmentation and wrinkle. (Ma. Easter Joy Sajo et al)

Shungite was found to have effective antioxidant and anti-inflammatory properties compared to other screening control treatments.  Although these healing properties are believed to come from fullerenes, shungite was used because processing pure fullerene is difficult and expensive.

Drinking water infused with shungite is said to help with many conditions because of its antioxidant and anti-inflammatory properties.  As yet there is no scientific evidence to support this. 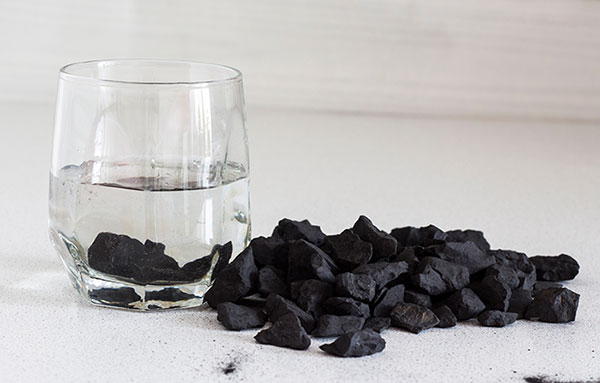 Fullerenes without doubt have huge potential to be beneficial to science.  Shungite contains fullerenes but that doesn't mean carrying a stone will have the same effect as what was achieved in preliminary studies carried out on mice and rats.

Furthermore not all shungite contains fullerenes.  A scientific study carried out in 1998 found fullerenes were present in some material that was used.  Out of twelve Karelian shungite samples, fullerenes were found in just three.  The stones were all "bright shungite of a glassy nature". (Parthasarathy et al.

The metaphysical healing properties of shungite are believed to be caused by the placebo effect.  Extensive studies have shown that if someone believes a placebo which in this case in the shungite stone has the ability to heal, a significant mental or physical improvement can be achieved.

The rough elite shungite stones at the top of our article come from our collection.  The shungite stone in the second picture is courtesy of James St.John.

The tumbled shungite stones are also from our collection. All three pictures are clickable and redirect to the original non-compressed photo.