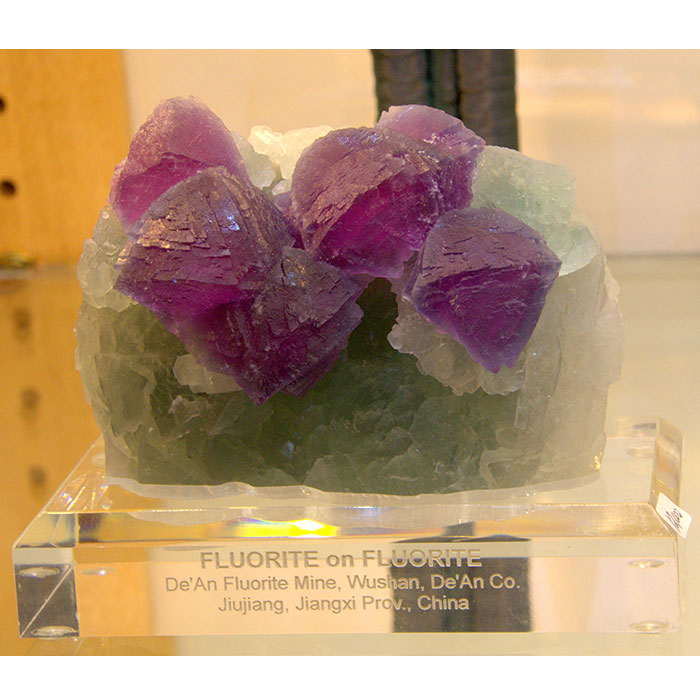 Fluorite crystals represent one of the widest ranges of colour of any natural mineral.  Although often described as the most colourful mineral in the world, in its purest form fluorite is colourless.

The mineral changes colour because of impurities within the crystal structure.  Heat from geological processes such as radiation also play a part.

Although hues of yellow green blue and purple are the most common, fluorite can also be white pink reddish orange brown and even black.  Colours can be bright and vibrant but if exposed to excessive heat or sunlight will gradually fade.

Fluorite crystals tend to be transparent or translucent with a vitreous or glass-like lustre.  When void of impurities they're made up of 51.1% calcium, 48.9% fluorine.

With the presence of impurities comes small amounts of silicon, aluminium and magnesium.  Inclusions of gasses and fluids such as petroleum and water may also be present.

Although crystals tend to be well formed and often occur as cubes, fluorite also crystallises in masses.  In this crystal habit crystals grow tightly together to form a large shapeless mass.

Fluorites' ability to fluoresce when exposed to ultraviolet light has been well documented.  The word 'fluorescent' came about because this optical phenomenon was first observed in the mineral fluorite.

Fluorescence is caused by specific impurities within the crystal structure.  Not all crystals will fluoresce even in stones obtained from the same locality. 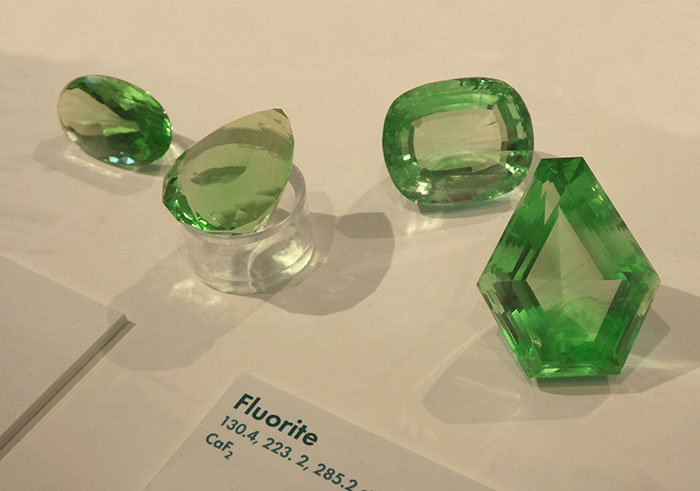 Fluorite can be found in a wide range of different geological environments and in many places around the world.  Only a handful of deposits have produced large quantities of fine grade gemstones.

Some of the finest crystals come from England particularly Durham, Cornwall and Cumberland.

Castleton in Derbyshire is famous for a rare variety of fluorite known as Derbyshire Blue John.  This material cannot be found anywhere else in the world.  It occurs in massive form, exhibits bands of yellow and purple colour and is almost completely mined out.

Other notable deposits of fluorite can be found in Germany, Austria, Switzerland, Norway, Mexico and Canada.  The state of Illinois in the USA was once the world's largest producer but the last mine closed in 1995.

The Illinois general assembly passed a bill in 1965 declaring fluorite as its official state mineral. 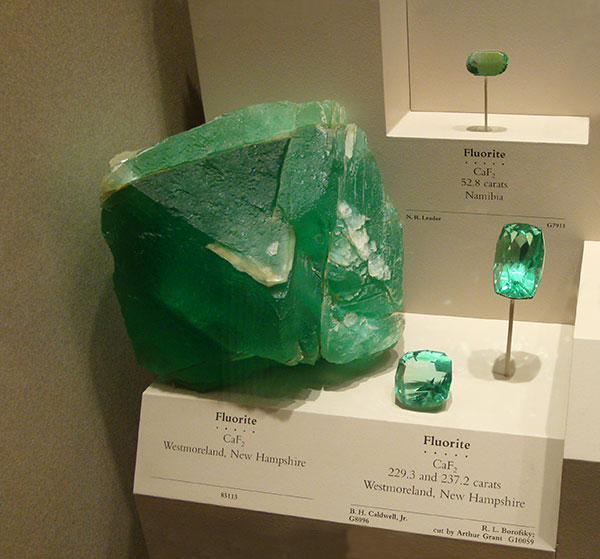 The name fluorite originates from the Latin word 'fluere' meaning 'to flow'.  This is because it has a very low melting point.  This name is a reference to the ease in which it melts when being used as a flux in the smelting and refining of metals.

Fluorite is widely used in industry where it's known as fluorspar.  It's used in the manufacture of fibreglass, ceramics and opaque glass and is also used in the chemical, iron and steel industries.

Fluorite is the mineral form of calcium fluoride.  It's the main source of natural fluorine used for the fluoridation of water.  It's used in toothpaste because of its ability to fight cavities and in Teflon which is the non-stick surface in cooking pans.

Fluorite is known to have been used in Ancient Egypt and was also mined by the Romans.  Two fluorite cups from around 50 - 100 AD are housed in the British Museum. 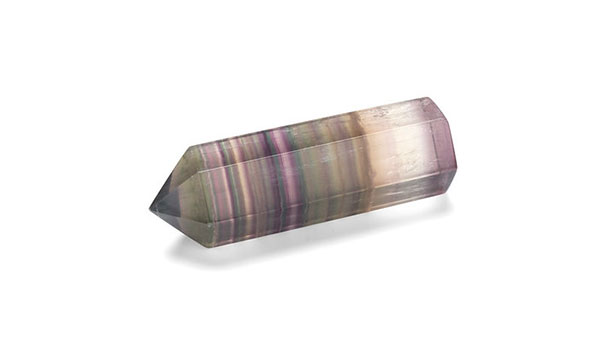 A wonderfully colourful mineral, fluorite is a favourite with collectors and widely used for decorative purposes.

Being soft and fragile it can fracture or break very easily.  On Mohs scale of mineral hardness fluorite grades 4.  For this reason it must be handled very carefully.

When used for its healing properties violet or purple fluorite crystals are said to deepen meditation.  When hints of light blue are present it helps with patience, contentment and happiness.

Dark blue fluorite attracts a change in circumstances and strengthens psychic ability.  Green can have a positive influence on matters of employment, money, growth and fertility.

Yellow fluorite is known for strengthening intellect and study stamina.  Orange is linked to energy, stimulation and stamina (both physical and spiritual) as well as the ability to cope in a crisis.

Fluorite carries an energy that can bring calmness to chaos and helps restore balance within the four levels that make us human.  Those levels are mental, emotional, physical and spiritual.

Fluorite is an excellent crystal for focus, clarity and insight.  It brings more mental balance and a deeper connection to those around you.  It encourages learning and helps you retain new information. Its healing properties make it ideal for those looking to experience everything that life has to offer.

Fluorite keeps your mind clear, sharp and focussed to ensure you always remain on track.  It's also a powerful crystal to meditate with if you're looking for new ideas or inspiration.

The pictures in our article are clickable and redirect to the original non-compressed image.  Photos 2, 3 and 4 were taken by Stone Mania.

The fluorite at the top of our article is courtesy of Steve (Singingstone48 - Flickr). The fluorite gemstones in the second photo are on display in the Harvard Museum of Natural History, Massachusetts, USA.

The third photo was taken in the Smithsonian Museum of Natural History in Washington D.C.  The terminated point in our last photo comes from our collection.