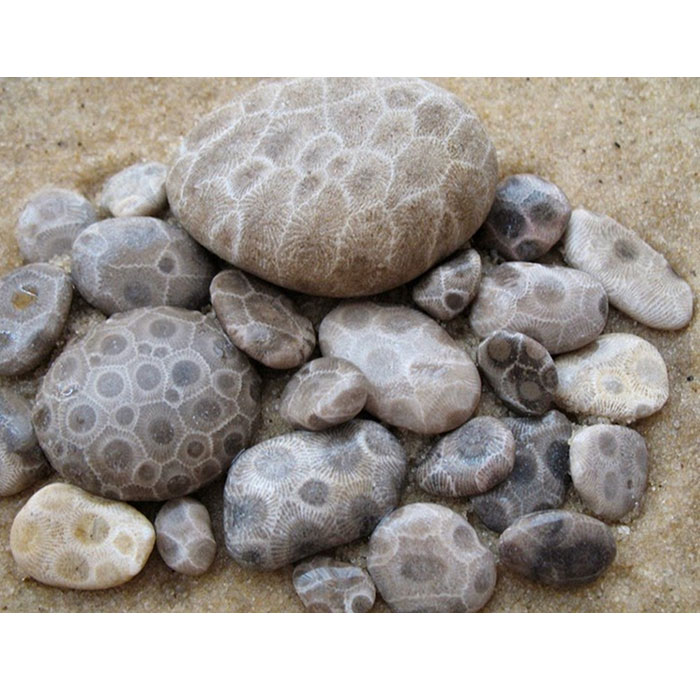 What is Fossilised Coral?

Stones can be found in several locations worldwide.  Some of the finest material comes from the shores of Lake Michigan in the USA and from Indonesia.

Fossilised coral is part of an extinct species of coral that lived in the sea millions of years ago.  Hexagonaria as it's officially known is one of the most common varieties.

The class known as hexagonaria percarinata is found close to Little Traverse Bay off Lake Michigan.

Widely used for decorative purposes, fossilised coral from the USA is known as Petoskey Stone.  The stone and city of Petoskey which lies on the south east shore of Little Traverse Bay are named after a 19th century indigenous American chief.  Petoskey is an anglicised version of his name which was either Chief Pet-O-Sega or Petosegay.

Fossilised coral formed when sections of the ancient coral was gradually replaced by natural minerals including calcite and silica.

The corals had been growing in the oceans for almost five hundred million years.  Many thrived in warm shallow waters.

Over time they became buried under sediments as land surface moved and oceans rose and fell.  Temperature and pressure from compaction resulted in deposits slowly turning to stone.  This process is known as petrifaction. 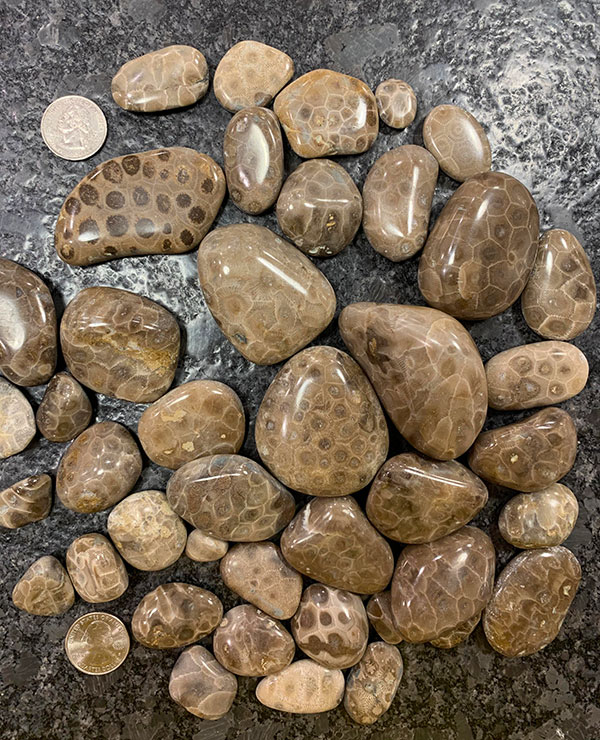 Three hundred and fifty million years ago the land that makes up Michigan was situated near the equator.  At that point in the Devonian Period a large shallow sea covered a significant part of the United States.

Much of Michigan was home to a large coral reef populated by various species of fish, trilobite and cephalopod. Although fossils of all of these creatures have been found, the most famous are the corals themselves.

Fossilised coral was a mid-sized coral renowned for its honeycombed appearance.  Individual coral creatures known as polyps secreted a limey substance which created a corallite skeleton.  When the skeletons combined they formed large coral reefs composed of millions of individual creatures.  Over time parts of the reefs fossilised.