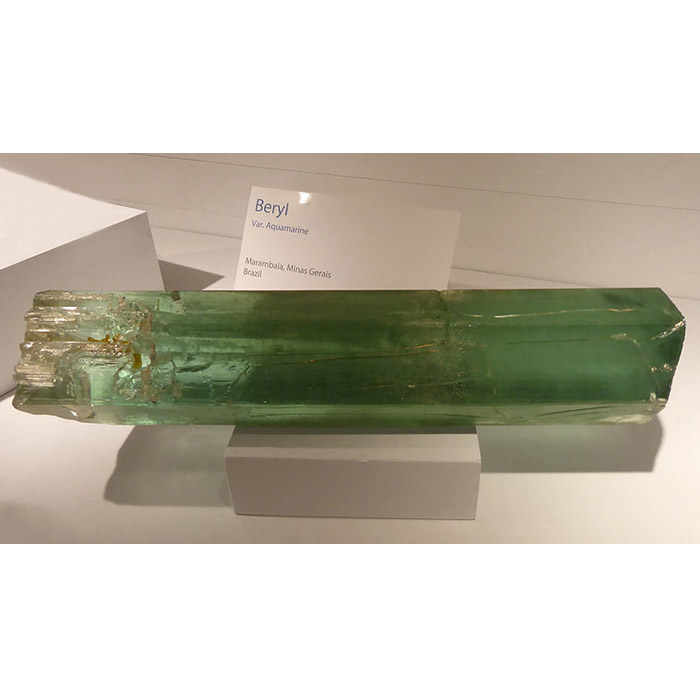 Aquamarine is the blue green variety of the mineral beryl.  The sky blue coloured stone tends to be the most popular but is usually heat treated.

Blue topaz which is also heated can sometimes be mistaken for aquamarine.  Without careful inspection it can be difficult to tell one stone from the other.  One main difference is aquamarine is considerably more expensive and stones in larger sizes are pretty rare.

Meghan Markle now the Duchess of Sussex wore an aquamarine cocktail ring on her wedding day.  It originally belonged to Diana Princess of Wales.  Queen Elizabeth II has a Brazilian aquamarine tiara, necklace and earrings all of which feature large rectangular aquamarine stones.  They're set alongside diamonds.  The necklace and earrings were given to her in 1953 by the president of Brazil as a gift for her coronation.

In 1957 the tiara was designed to match the necklace and earrings.  A year later she received a bracelet and brooch to complete the set. 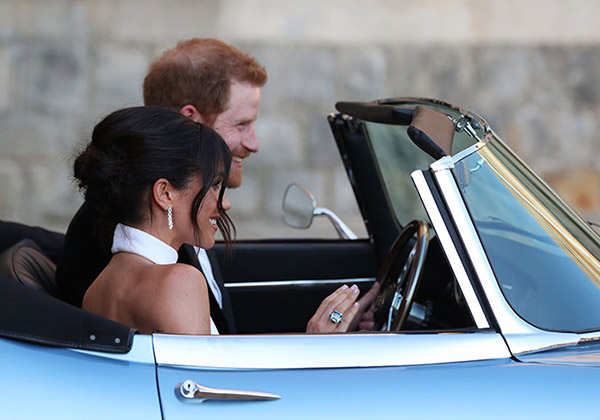 The colour of aquamarine can vary from the deepest shade of green to the lightest blue.  It's caused by impurities of iron within the mineral beryl.  The name 'aquamarine' which comes from Latin means 'water of the sea'.

Aquamarine which is widely used as a gemstone grades 7.5 to 8 on Mohs scale of mineral hardness.  Most of the finest crystals come from Brazil, Mozambique, Madagascar, Nigeria, Zambia, Angola and India.

In ancient times sailors believed the mermaid's tail was pure aquamarine.  For this reason stones were often carried to bring luck and protection from the dangers of being at sea.

Aquamarine stones were often carved with images of Poseidon or Neptune the Greek and Roman Gods of the sea.  It was believed placing a stone under your pillow would ensure sound sleep.

Today aquamarine is still believed to be in tune with the ocean.  When used for its healing properties it promotes tranquility and calmness and may help alleviate irrational fears.

Aquamarine encourages creativity and self-expression.  It helps those burdened with great responsibility by bringing strength, wisdom and clarity.  Its gentle energies help reduce stress replacing it with peace and calmness.

Aquamarine is a wonderful stone to use for deep healing of the mind, body and spirit.

The aquamarine in our photo at the top of this article is from Brazil.  It's on display in the Smithsonian Museum of Natural History, Washington D.C. Photo by Stone Mania.

The second photo comes from an article in Elle magazine.

Both photos are clickable and redirect to the original non-compressed image.