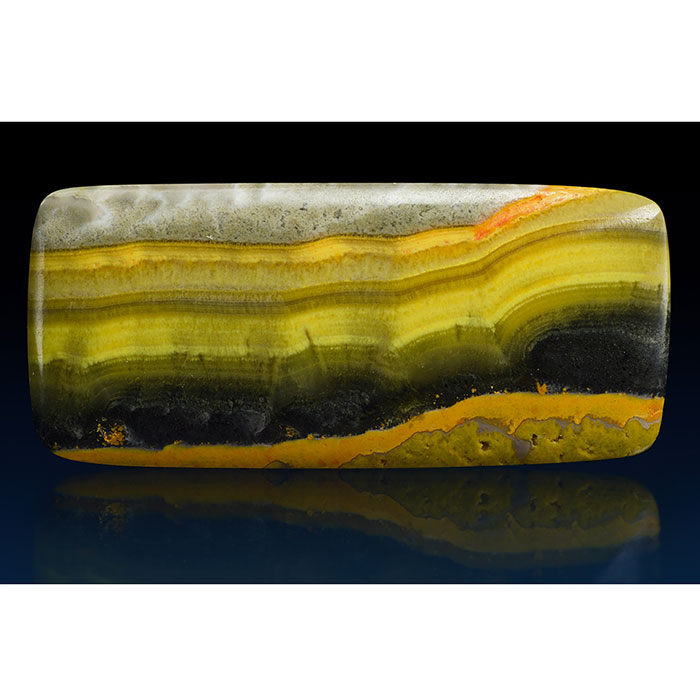 What is Bumblebee Jasper?

This location initially confused geologists because it's extremely rare to find limestone inside or close to a volcano.  Scientific analysis has confirmed bumblebee jasper is limestone composed primarily of calcite.

The name 'jasper' is misleading because the stone is not a jasper at all.  Jasper is associated with quartz and there's no quartz in bumblebee jasper.  It's also sometimes referred to as an agate which is also incorrect.  From a geological perspective agate is similar to jasper.

Many colourful stones used for decorative purposes are given trade names.  Jasper is always popular because it's a material people are familiar with.  In many cases it causes no end of confusion when geologists try to identify what the stone is. 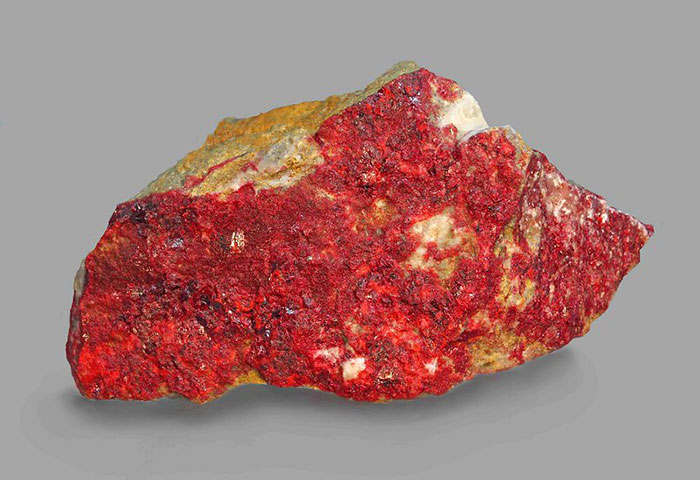 Testing has shown bumblebee jasper is high in sulphur and arsenic.  Minerals with toxic elements are completely safe to handle especially once polished.  The danger comes from inhaling their dust or microscopic fibres.  Cutting and polishing these minerals must be done with extreme caution and appropriate breathing protection must be used.

Tigers eye contains asbestos yet handling the stone poses no risk to health.  Malachite is also a toxic mineral because it's an ore of copper.

Bumblebee jasper is known locally as batu badar belerang. This roughly translates to 'coal becoming sulphur'. It was named bumblebee jasper by an American rock and mineral enthusiast who found the stone whilst working in Indonesia.

Due to its popularity huge amounts have now been mined. As a result there's very little fine grade material left available.

The bumblebee jasper stone is courtesy of Amir Akhavan. The realgar is courtesy of Ron Wolf.  Both images are clickable and redirect to the original non compressed photo.