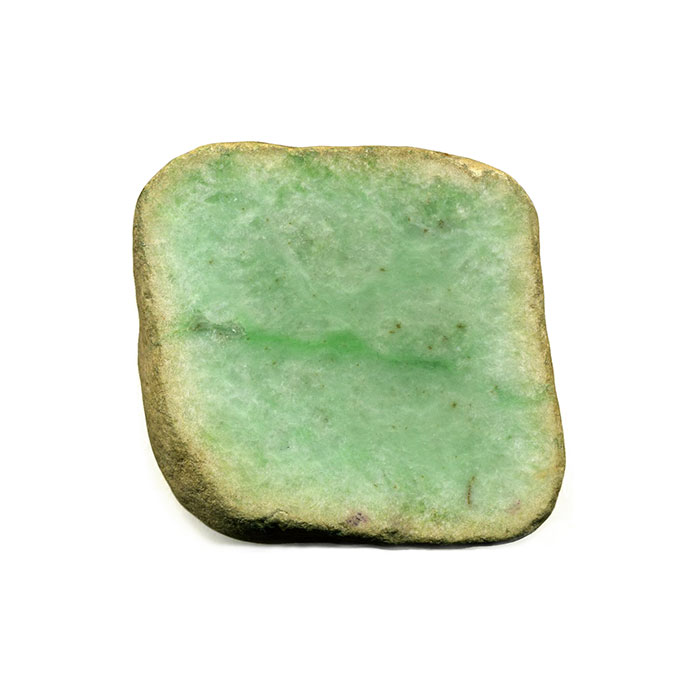 Jade Not One Stone but Two

Nephrite jade and jadeite are two different stones both known as jade.  Whilst both are metamorphic rocks, nephrite jade is made up of the minerals actinolite and tremolite.

Jadeite is made up almost exclusively of the mineral jadeite.

Jadeite is rarer and considerably more expensive than nephrite jade.  Both stones can have a strikingly similar appearance.  Unless you're an expert it can be exceptionally difficult to distinguish one from the other.

The confusion is believed to date back to the sixteenth century.  It apparently stems from a misprint in the translation from Spanish to French of the original name.

Despite the mistake the name jade continues to be used for both stones.  It's now so entrenched in common language that it would be too difficult to start differentiating one from the other.

Nephrite jade and jadeite are both very tough.  Nephrite is one of the toughest known substances.

When talking about toughness and hardness in respect to minerals, the two characteristics are not the same.  On Mohs scale of mineral hardness which is a tool that measures the scratch resistance of one mineral against another, nephrite jade grades 6 to 6.5.  Jadeite grades 6.5 to 7 which means both can be scratched by a mineral with the same grade or one that's higher.

Toughness refers to a mineral's resistance to being crushed, bent or broken.

The Chinese have been producing jadeite for over 5000 years.  The stone is known to have been used by man for at least 10,000 years.

Jade stones are an integral part of Chinese life and culture.  Some of the earliest recorded events are inscribed on nephrite stone tablets.

Nephrite jade or nephrite as the stone is often known is the more common of the two. 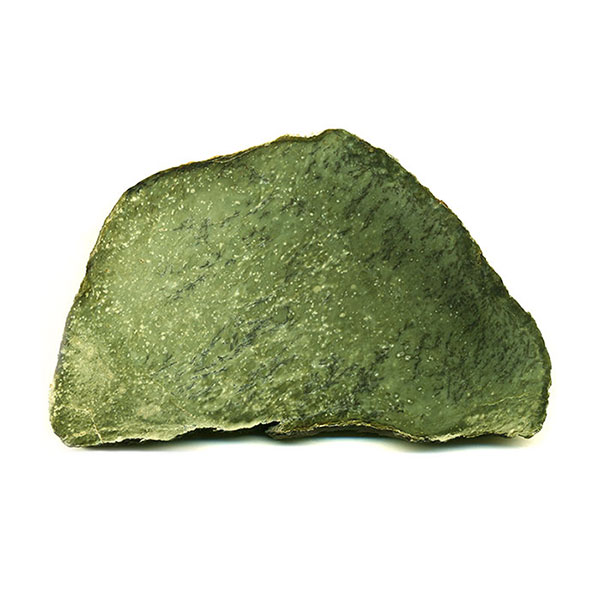 Large deposits of nephrite jade can be found in Northern British Columbia in Canada.  This material is often referred to as Canadian jade.  Canada supplies 90% of the stone used for lapidary purposes around the world.

The photograph at the top of this article is jadeite.  The second photo is nephrite jade.

Both photos are clickable and redirect to the original non-compressed image.  Photos courtesy of James St John.