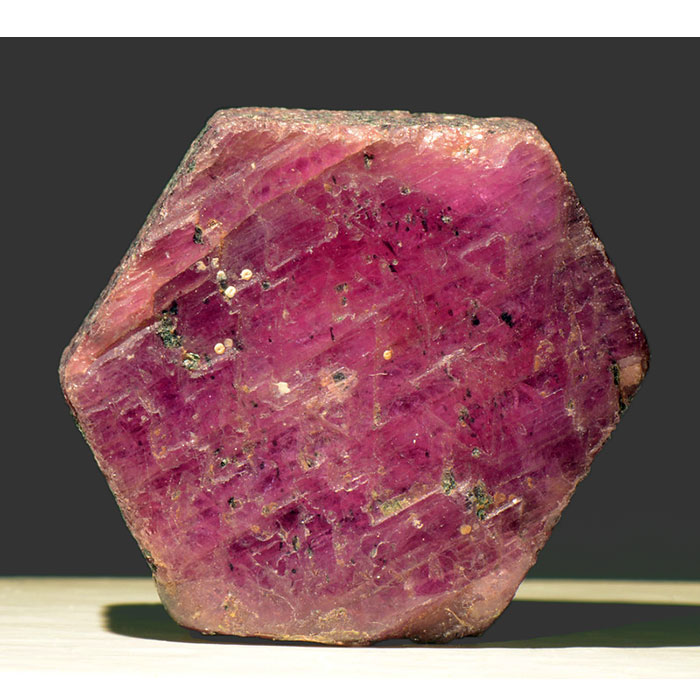 Corundum is a crystalline form of aluminium oxide (chemical compound of aluminium and oxygen) with traces of iron, titanium and chromium.  Relatively common and naturally transparent, it changes colour with the presence of impurities.  In its purest form corundum is colourless.

One of the hardest natural substances known to man, corundum can scratch every mineral except for diamond.  For this reason it has long been used as an abrasive.  In recent years it has gradually been replaced with synthetic substitutes.

On Mohs scale of mineral hardness corundum grades 9.  Diamond which is the hardest mineral on Earth grades 10.  Although only one grade higher it's four times as hard.

Rubies and sapphires are gemstone varieties of the mineral corundum.  Red corundum is ruby, all other colours are sapphire. 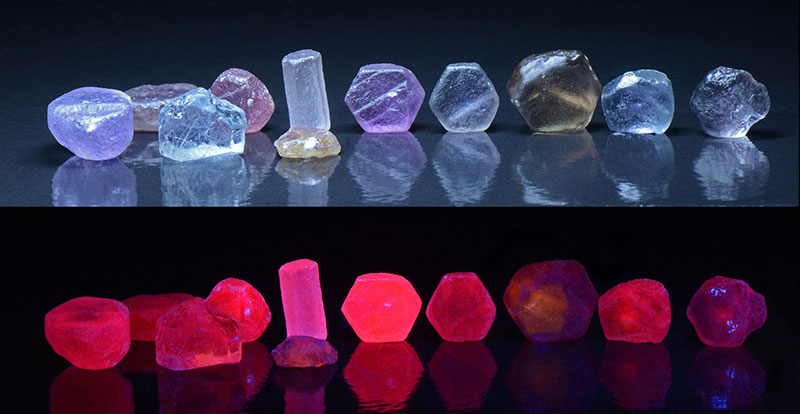 With the presence of chromium corundum turns red.  Depending on the amount present other impurities including iron and titanium can cause different colours including blue yellow and black.

The optical phenomenon of asterism can often be seen when inclusions of rutile are present in red or blue corundum.  To be fully appreciated the stone which known as star ruby or star sapphire must be cut as a cabochon.

The red corundum in our photo is on display in the Natural History Museum Los Angeles.  Photo courtesy of Stan Celestian.  Image is clickable and redirects to the original non-compressed photo.

The stones in both our photos are on display in the Natural History Museum Los Angeles. The first photo is red corundum which which is ruby. The stones in the second photo are rubies and sapphires. In the lower image they're being illuminated by UV light. Both photos are clickable and redirect to the original non-compressed image. Courtesy of Stan Celestian.