Rainbow Calsilica Everything There is to Know 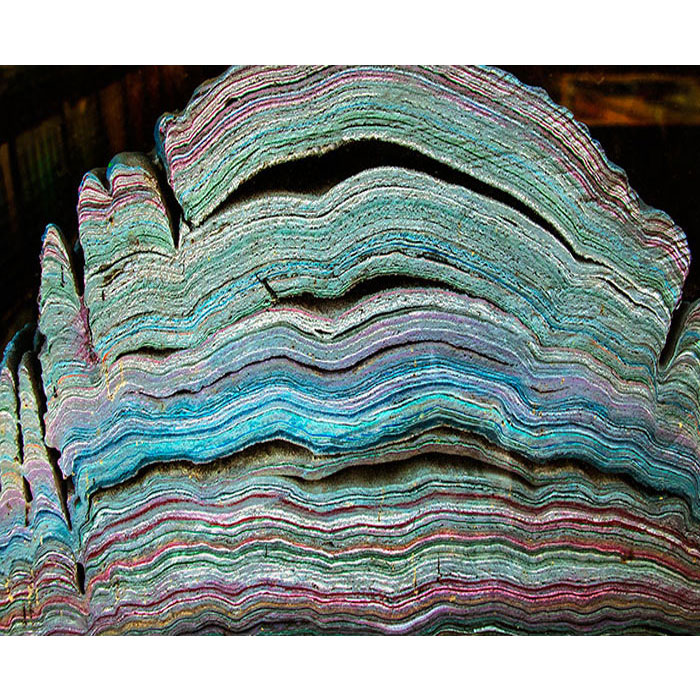 The Curious Tale of Rainbow Calsilica

Rainbow calsilica is a man-made material audaciously introduced at the Tucson Gem and Mineral Show in 2002. It attracted plenty of attention but many were suspiciouis about this curious looking stone.

The world's only supplier claimed he imported rainbow calsilica in large slabs from the state of Chihuahua in Mexico.  He inisisted it was a natural rock but experts were not convinced.

The people behind the production of rainbow calsilica rented a large corporate trade-stand.  It was decorated with high quality photographs of what was claimed to be the mine in Mexico.  There were also photographs of the stone being mined.  Hundreds of glossy catalogues with information and photos of the stone were also being handed out.

A huge amount of time, money and effort had been invested to convince the world that rainbow calsilica was a natural stone.

When geologists asked to inspect the mine their requests were repeatedly denied.  They were told the owners of the land wanted to protect rainbow calsilica from exploitation.  As a result they were unable to share the location of the mine. 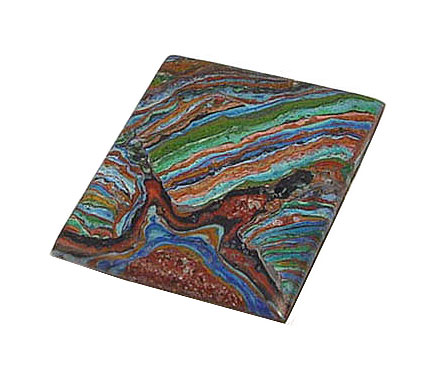 Having carried out tests on stones that had been purchased from the show, some believed it was a cryptocrystalline calcite with clay minerals acting as bonding agents.  Another group of geologists confirmed it was a man-made material with synthetic colours.

The supplier of rainbow calsilica claimed it was stabilised with an epoxy to increase durability.  He said that's what's likely to be showing up in the tests.

Rocks and minerals are often stabilised to prevent erosion.  The process involves filling holes or damaged sections with a resin or other substance. This can be used to repair some gem-grade material prior to it being cut and polished.

Despite growing speculation over the authenticity of rainbow calsilica, access to the mine continued to be denied.  Their story about wanting to protect it from exploitation didn't ring true.

Were rainbow calsilica to be a natural stone it would have been an extraordinary discovery.  Such a find would lead to extensive publicity and a dramatic increase in revenue.  With the mine being on private land as they claimed, access could be easily controlled. 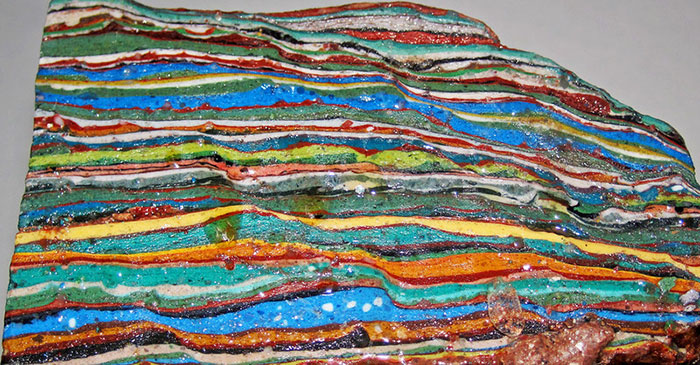 As the supply of rainbow calsilica increased it began appearing at mineral fairs around the world.  In the meantime the rock and mineral community became more determined to find out what it was.

Having inspected several samples one group concluded it was made up primarily of crushed calcium carbonate.  This is commonly found in rocks as the minerals calcite and aragonite.

The stone had then been coloured using artificial dyes.  These included PB15 which is a blue pigment and PY1 which is a greenish yellow pigment also known as hansa yellow.  Plastic-like stabilizers had also been used one of which included traces of a paraffin derivative.  Other chemicals which could not be clearly identified were also present.

Traces of hematite celestine and calcite were also identified.  Many of the particles had seemingly been bonded together using a soft plastic-like substance similar to paraffin wax.

Very little is known about who was behind the production of rainbow calsilica.  Presenting it as a natural stone at the Tucson rock and mineral show was certainly audacious but this geological hoax had finally been exposed.

Rainbow calsilica continues to be used for decorative purposes.  It's sometimes confused for fordite but the two materials are completely different.