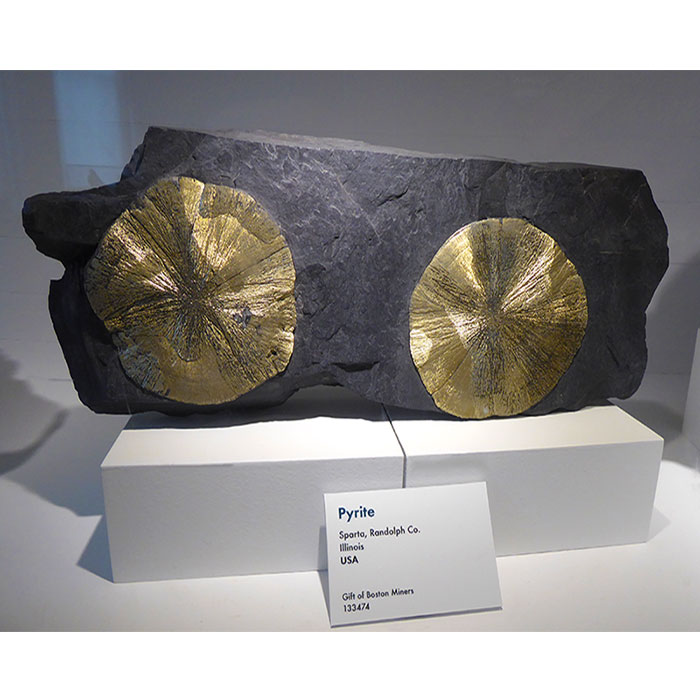 The mineral pyrite could at a glance be mistaken for gold.  With that said, there are several characteristics which make it quite easy to tell one mineral from the other.

The most obvious difference is colour because pyrite is not quite as yellow.  It's also lighter in weight and much harder than gold.

Gold is surprisingly soft and grades just 2 to 2.5 on Mohs scale of mineral hardness.  That means it's a similar hardness to a fingernail.  Pyrite grades 6 to 6.5 but has the disadvantage of being very brittle.

Strike a piece of gold with something heavy and it will flatten.  Do the same to pyrite and it will break into many pieces.

Pyrite and gold have a different crystal structure and different coloured streak.  Streak is the colour of a mineral in powdered form.  In pyrite it's greenish black, in gold it's yellow.

The name fools gold is widely reported to have come about following the great American gold rush.  During this time pyrite is said to have been mistaken for gold.  Although the term may well have been used during this event, its use metaphorically and the words 'fools gold' go back much futher.

This article comes from a book written about pyrite.  The article begins on page 6 which you can jump to from the contents page. With it being a book it takes a few minutes to download but is worth the wait.

In films involving pirates they would often be seen biting into a coin to confirm it was gold.  This almost certainly came out of Hollywood.  Whilst biting into pure gold may well leave teeth marks, biting a coin from this period would not have the same effect.  This is because coins were already being alloyed with another metal to improve hardness.

Pyrite is an iron sulphide mineral which means it's a chemical compound of iron and sulphide.  It contains a high percentage of iron and is relatively common hence can be found in many geological environments. It comes in numerous forms which makes it particularly popular with mineral collectors.

The shape of a pyrite crystal is often isometric or cube-shaped.  This crystal habit is one of the simplest and most common shapes for crystals.

The crystal face can be striated which is another characteristic that distinguishes pyrite from gold.

As well as isometric, pyrite also crystallises in the crystal habit known as massive.  This means crystals grow together as one large mass so have no external shape or form.

In the late 1970's deep sea hydrothermal vents were found on the bed of the ocean at depths never previously explored.  An entirely unique ecosystem with hundreds of new species were living around the vents.  Many were spewing out pyrite at temperatures as high as 400°C (752°F). 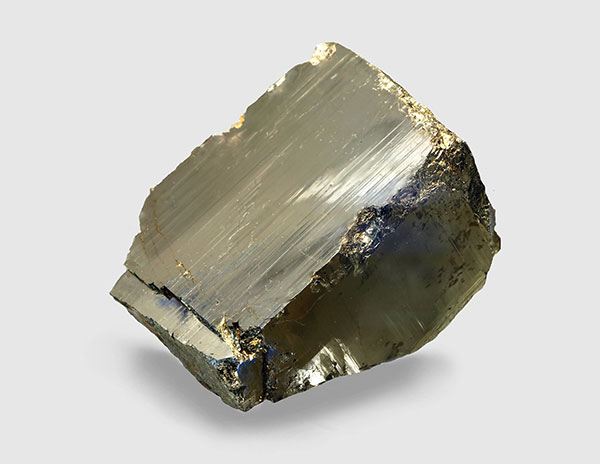 Ironically gold and fools gold form under very similar conditions.  They can even occur together within the same rock.  Inclusions of gold in pyrite are not uncommon.  Although it could be used as an ore it rarely is.  That's because there are many other more suitable minerals from which this precious metal can be extracted.

Although pyrite is relatively common and can be found worldwide, it generally only occurs in small quantities.

The Rio Tinto region of Spain has vast reserves.  Countries including Bolivia, Brazil, Peru, Japan, Canada and Italy to name just a few have produced many fine specimens. 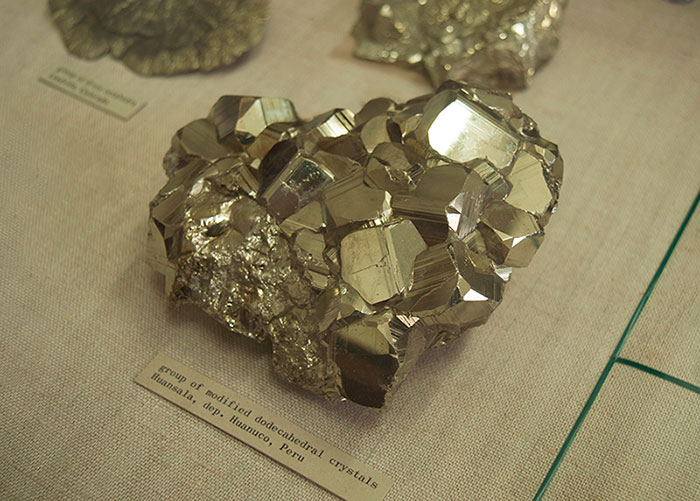 Pyrite comes from the Greek word 'pyr' meaning fire.  When struck with a hard stone or steel tiny pieces break away and react with oxygen to create burning hot sparks.  This was one of the earliest methods used by man to create fire.

The wheel-lock gun developed around the year 1500 was ignited by spinning a spring-loaded steel wheel against a small piece of pyrite.  This generated sparks which ignited the gunpowder which ignited the charge in the gun's barrel.

The metaphysical healing properties of pyrite revolve around strength, protection and energy.  This crystal is widely used for shielding purposes because it blocks negative energy.  It also prevents positive energy from escaping from the physical body and aura.

Pyrite strengthens confidence and masculinity and is said to be helpful for psychosomatic related issues.  Its energy stimulates enthusiasm, eases anxiety and helps combat frustration.  It's a great crystal to have on your desk because it prevents a sluggish mood, combats fatigue and energises the environment.

On a psychological level pyrite boosts self confidence and can help deal with an inferiority complex.  It accelerates mental activity, improves memory and mental recall.  Using it for meditation can lessen the effects of a low mood and depression.

Pictures 1 and 3 in our article were taken during visits to the Harvard Museum of Natural History and London's Natural History Museum.  Picture 2 is courtesy of Ron Wolf.