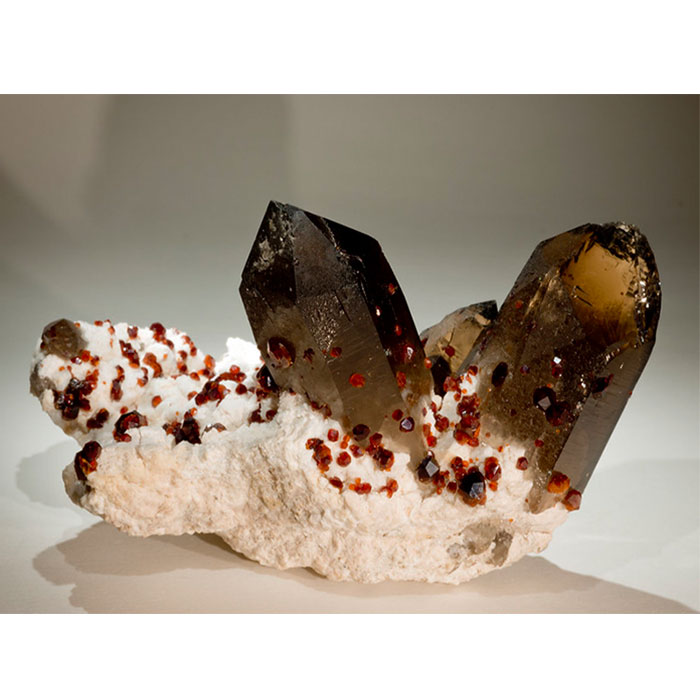 Smoky quartz is one of only a few black or brown coloured crystals from which gemstones are cut. Others include black beryl which is relatively rare and black and brown corundum.

Although sometimes spelt 'smokey' quartz the correct spelling is 'smoky' when used in relation to this mineral.

The colour of smoky quartz crystals can be light brown to yellowish brown to a shade so dark they almost look black.  They can also be slightly grey.  These dark coloured crystals are known as morion.

Morion seems to have originated from the works of the Ancient Roman author, naturalist and natural philosopher Pliny the Elder.  In the chapter on minerals in his encyclopaedia Naturalis Historia, he refers to mormorion as being a very dark translucent stone from India.  It's reported 'morion' was a misreading of this name.

The colour of smoky quartz is caused when natural radiation from the surrounding rock interacts with impurities of aluminium.  Crystals can be transparent to translucent or look almost opaque in very dark varieties.

Smoky quartz is well known for its large well-formed crystals with few inclusions. 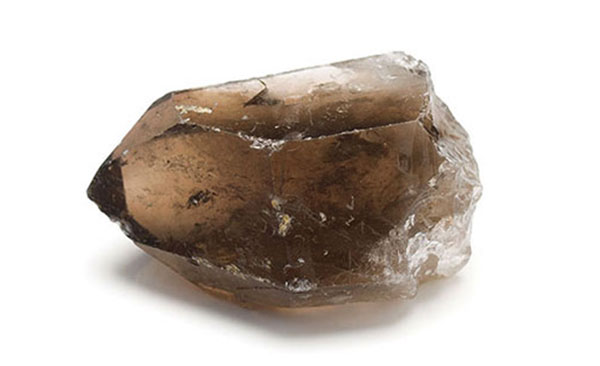 With this mineral being so widely available it tends not to be particularly expensive.

Cairngorm is a variety of smoky quartz mined on Cairn Gorm.  This mountain is located in the eastern Highlands of Scotland.  Crystals from Cairn Gorm have a smokey yellowish brown colour but can also be greyish brown.

When used for its metaphysical healing properties smoky quartz repels negative energy.  It's particularly effective for dealing with anger and resentment.

The smoky quartz with garnet in our picture is courtesy of Stan Celestian.  The photo is clickable and redirects to the original non-compressed image.