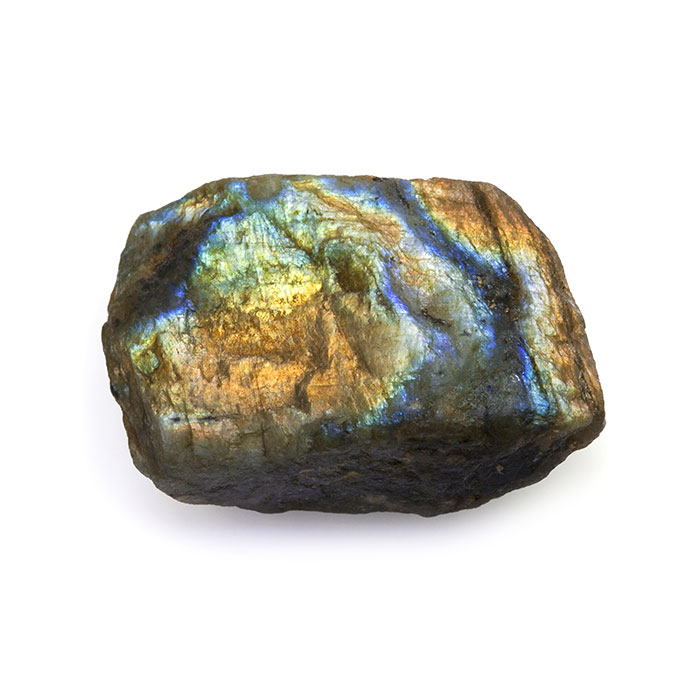 Labradorite is a feldspar mineral one of the most abundant group of minerals in Earth's crust.  Although many of these rock forming minerals exhibit iridescence, labradorite and moonstone are best known for this optical phenomenon.

The name labradorite comes from the Labrador region of Canada where it was first discovered.  In 1770 Czech missionary Father Adolf found a large quantity of strange looking stones on the east shore of the Labrador peninsula.  Although a dull grey colour, with the reflection of light flashes of blue and green could be seen.

Labradorite was later identified as a feldspar containing sodium and calcium.

Since then it has been found in a number of locations around the world including Australia, Finland, Italy, Norway and Ukraine.

It's extremely common for rocks and minerals to be named after the person who discovered them or the place they were found.  The suffix 'ite' is often used.  Examples include sugilite named after Professor Kenichi Sugi, unakite which took its name from the Unaka Range of mountains in North Carolina and pietersite named after Syd Pieters.  There's even a stone called Englishite. 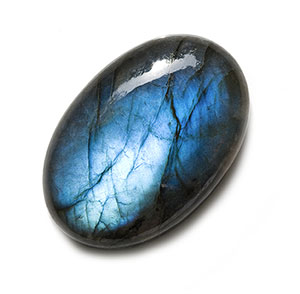 Labradorite is a fascinating mineral especially when polished.  Although some stones may initially look uninteresting, with the interaction of light they can become quite spectacular.

Labradorite crystals are well known for being iridescent.  For this reason the term labradorescence was coined to describe the optical phenomenon.

Schiller comes from German but the precise meaning varies depending on the text you read.  We've seen it translated as twinkle, iridescence and colour play which apparently comes from 'schillern'.

The exact meaning of schiller has changed as the German language has evolved.

Optical phenomena is common in rocks and minerals.  In labradorite it's caused as light is scattered and reflected from beneath the surface of the stone.  Effects can be pretty impressive but capturing colours and sheen in a photograph can be a challenge.

When used for its healing properties labradorite is said to be a stone of transformation.  It offers protection and raises consciousness.

When going through a significant change in the cycle of life labradorite provides strength and perseverance.  It can also help disperse fear and anxiety.

The iridescent properties of labradorite sharpen intuition, promote psychic ability and act as a reflective shield to protect the aura from unwanted energy.

Labradorite from the north central coast of Labrador in Canada is some of the finest in the world.  Exceptional grade stone can also be found in Finland specifically Lapland.  This material is better known as spectrolite.

Like most feldspar minerals labradorite is relatively hard but also brittle which makes it difficult to cut.  On Mohs scale of hardness it grades 6 to 6.5.