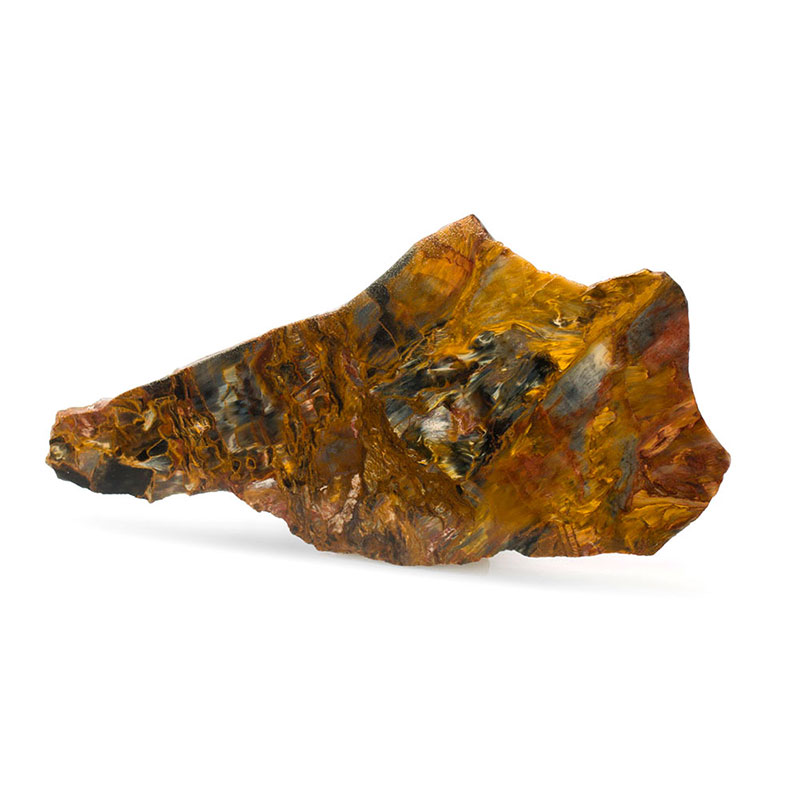 Pietersite is a relatively new mineral that was discovered in Namibia in 1962 by Sid Pieters.

Formed from layers of sand or silt cemented together by quartz, pietersite is a chalcedony with embedded fibres of other minerals.  Fine grade stone can exhibit slight chatoyance.  This optical phenomenon can be seen in certain minerals.

In tigers eye chatoyance occurs in bands whilst in pietersite it tends to be more random or chaotic.

Pietersite has been described as a mix of hawks eye which a blue variety of tigers eye and brown tigers eye.  Despite sharing many similarities it formed under very different geological conditions.

The main source for mining pietersite is close to the small town of Kuruman in Namibia not far from the border with South Africa.  Tigers eye, manganese and ores of iron are also mined there.  The town has the richest deposits of crocidolite in the world.  The mineral crocidolite is also known as blue asbestos.

In recent years there has been some concern regarding the presence of asbestos in pietersite and also the mineral tigers eye.  The danger from asbestos comes when microscopic fibres break away and become airborne and are then breathed in.  In pietersite and tigers eye this is not possible because the crocidolite is encapsulated deep within the quartz.

In 1966 pietersite was discovered in China.  It went on to be mined during the 1970's and 80's but the mines subsequently closed due to flooding and have never reopened.

In 1996 it was reported pietersite from Kuruman was becoming scarce because the mines were getting close to being depleted.

When used for its healing properties pietersite is said to be beneficial for exhaustion, headaches and absorption of nutrients.  It provides creative ideas to help resolve stagnant situations and can help to resolve conflicts.

Grading 6.5 to 7.5 on Mohs scale of mineral hardness means pietersite is a relatively hard stone.