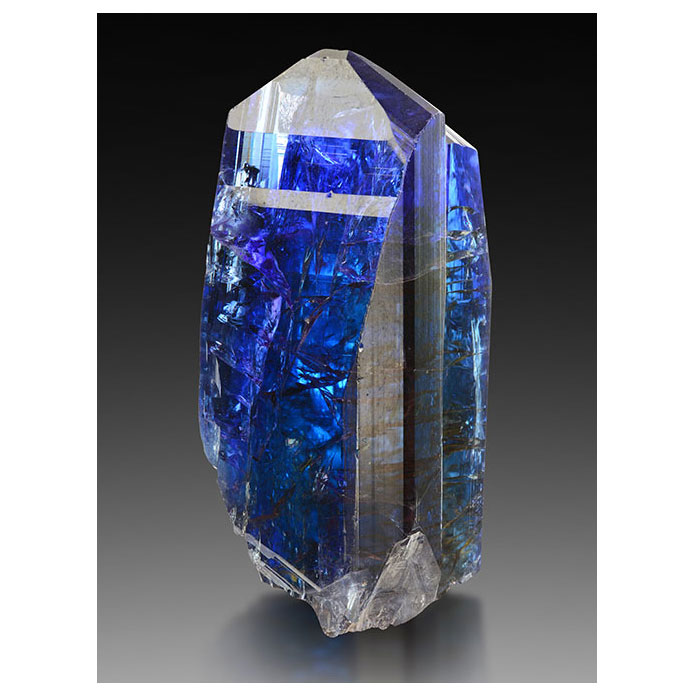 Tanzanite was first discovered in northern Tanzania in 1967.  Its distinctive bluish lilac colour is usually achieved by gently heating the stone.

The process of heating causes tanzanite crystals to change colour sometimes completely.  The process takes just thirty minutes at a temperature of no more than 400°C (approx' 734°F).  Unless otherwise stated it's widely accepted that all tanzanite is heated.

The blue colour of tanzanite is caused by the presence of vanadium within the mineral zoisite.  The scientific name for tanzanite is blue zoisite.

Some tanzanite found at shallow depths naturally exhibits this gem-grade colour but it's incredibly rare.  It's caused by natural geological warming either by metamorphism, wildfires or because of thermal vents within close proximity to where it's found.

Tanzanite that hasn't been heated after being mined is far more valuable.  Retailers should always know whether a gemstone has been heated and that must be disclosed.

The area in Tanzania where tanzanite is found lies at the foot of Mount Kilimanjaro.  It's reported to be just two kilometres wide by eight kilometres long.  There's only a limited amount of tanzanite stone left available to mine hence prices are usually high.

The exact shade and depth of blue colour can vary greatly.  Tanzanite gemstones with the deepest colour and good saturation command higher prices.

The distinctive purple to violet hue is often the characteristic that stands out the most.  Depending on the shade of colour and level of saturation, tanzanite can be confused for blue topaz, iolite, sapphire or aquamarine.

Tanzanite gemstones are usually faceted and often mounted alongside diamonds.

Tanzanite is pleochroic which means it appears to be different a colour depending on the light and angle from which it's viewed.  Under yellow light it always appears to be more violet.

Although correctly known as blue zoisite, tanzanite was renamed by President and Chairman of the American jeweller Tiffany & Co in 1968.  They introduced it to the world and said it could only be found in two places, Tanzania and Tiffany and Co.

The tanzanite foundation website has some interesting articles worth reading but can be slow to load.