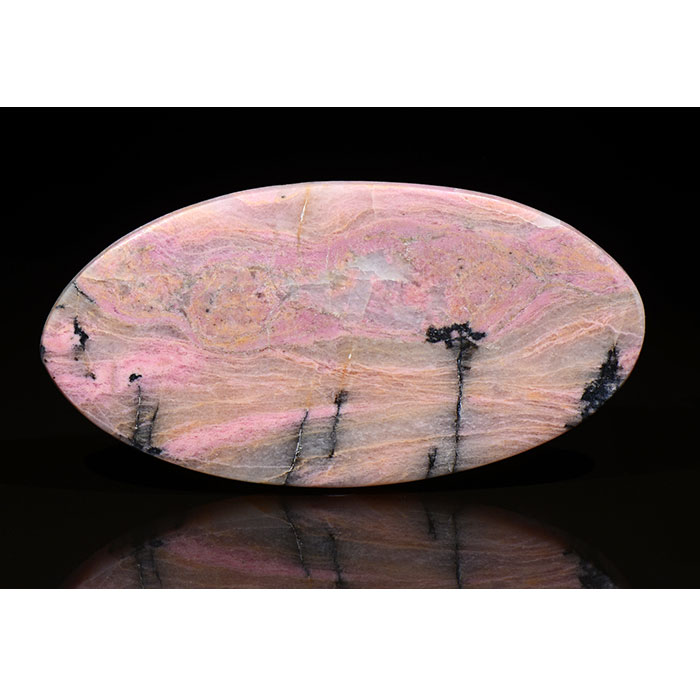 Rhodonite is a naturally occurring manganese mineral that ranges in colour from the lightest pink to crimson.

Stones often feature distinctive inclusions of manganese oxides.  These can occur as dendrites which are crystals with a branching form.  They often resemble organic matter.  The word 'dendrite' comes from the Greek 'dendron' meaning 'tree'.

They can also occur as veins, fracture fillings or even as part of the matrix.  Matrix is the host rock or material in which the mineral formed.

The  black markings form through oxidation which causes the pink colour of rhodonite to darken.  The process begins when a crust of manganese oxides cover the surface of the stone.

Rhodonite is considered to be a relatively rare mineral but can be found in many locations around the world.  It's mostly found in metamorphic rocks. 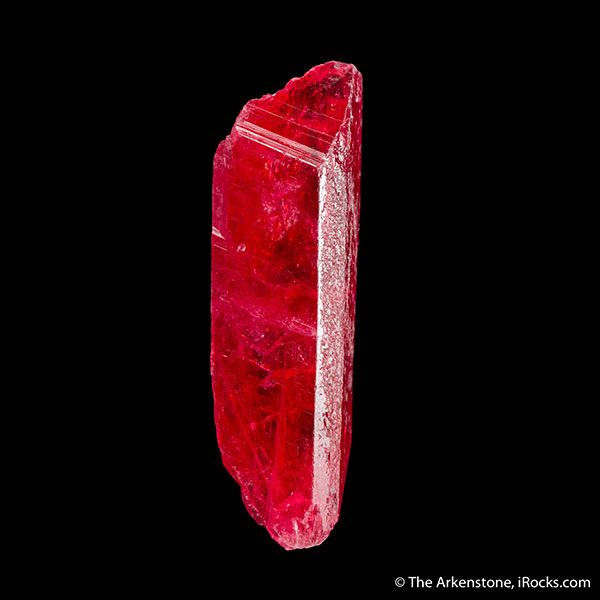 Rhodonite was discovered in 1790 in the Ural Mountains.  It was named in 1819 by German naturalist Christoph Friedrich Jasche.  The name comes from the Greek word 'rhodon' meaning 'rose' because of its colour.

When used as a gemstone rhodonite is rarely faceted because it's extremely difficult to cut.

Although first discovered in the 17th century it became popular in Russia about one hundred years later.  It was then used primarily for architectural and ornamental purposes. 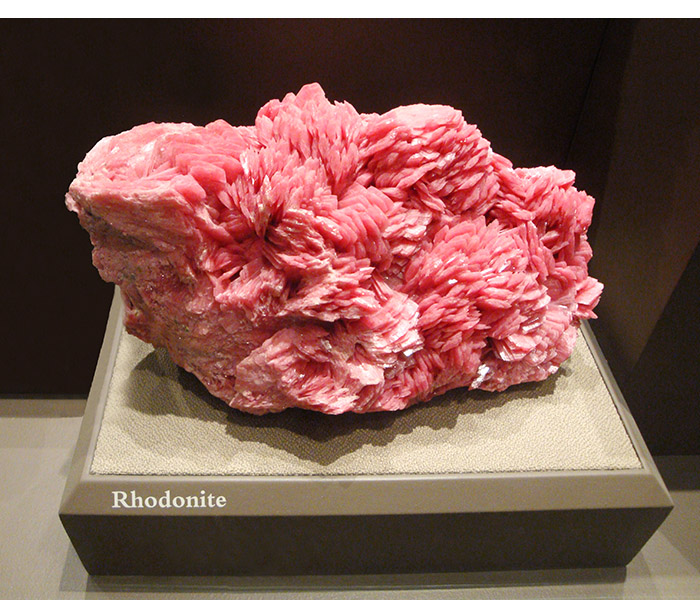 Although crystals in both minerals do occur they're extremely rare.  Rhodonite and rhodochrosite occur more often in masses.  In this habit crystals grow as one large tightly intergrown mass.  Rhodonite is the rarer mineral of the two.

The most significant difference between rhodonite and rhodochrosite is hardness.  On Mohs scale of mineral hardness rhodonite grades 5.5 to 6.5.  Rhodochrosite grades 3.5 to 4 so it's much softer and a more delicate stone.

The vast majority of rhodonite and rhodochrosite occur in massive form so it's really quite easy to tell one from the other.  Rhodonite is often associated with manganese oxides (black markings) whilst rhodochrosite tends to be characterised with white streaks of calcite or concentric bands.

The healing properties of most pink crystals relate in some way to love, compassion and healing of the heart.

Rhodonite is a stone to carry if you want to make yourself heard.  It improves communication and facilitates mutual understanding.

The healing properties of rhodonite are particularly beneficial for those going through a significant change in life.  This is even more relevant when the situation is not of your choosing.

Associated with the heart chakra it activates love energies, eases tension and stimulates and heals the heart.  It balances emotions, nurtures love and can help with emotional healing.  Rhodonite can help those who regularly deal with upsetting or difficult situations.

It promotes calmness and confidence and improves the ability to communicate in a loving and compassionate manner.

The rhodonite picture at the top of our article is courtesy of Stan Celestian. The stone in the second picture is on display in the Smithsonian National Museum of Natural History, Washington D.C. Photo by Stone Mania. Both pictures are clickable and redirect to the original non-compressed image.