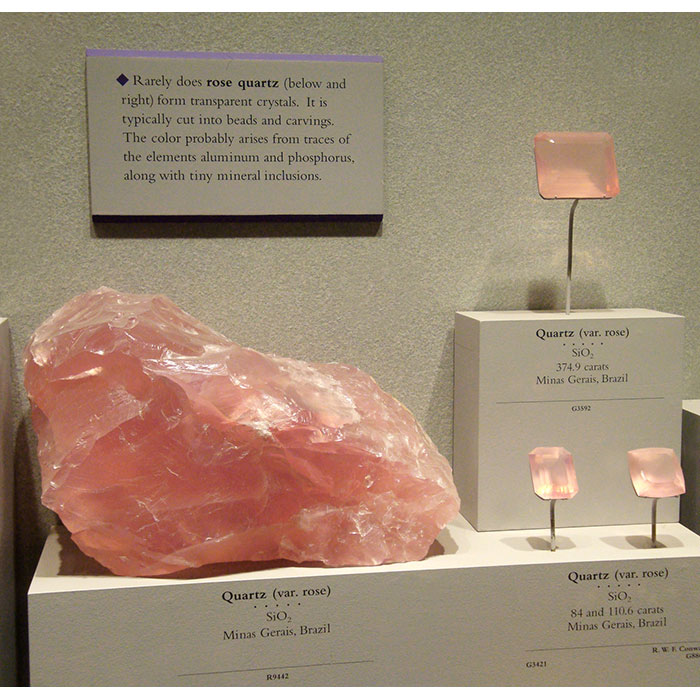 The properties of rose quartz revolve mostly around its use as a healing crystal.  It's well known for being a stone associated with love even by those who know little about the meaning and properties of crystals.

Rose quartz can be enjoyed by everyone.  Whether you're happy in life or facing challenges its soothing energies promote feelings of peace and harmony.

It's a romantic stone that opens the heart to new love and brings more love into our lives.  Rose quartz inspires warmth, attraction and new friendships.  It's a great emotional healer particularly for deep inner healing and can be used for learning how to love yourself.

Rose quartz emphasises the importance of giving love to those around us as well as accepting it from others.  When used for meditation it brings an awareness on where the love in your life comes from instead of dwelling on where it may be lacking.  It can help to remove barriers and will show that love doesn't always manifest itself in the way we expect.

Although many crystals are associated with the heart, pink crystals often resonate with the heart chakra.  Rose quartz is widely regarded as being the most important crystal for all matters relating to the heart.  It brings deep emotional healing and teaches the importance of forgiveness. 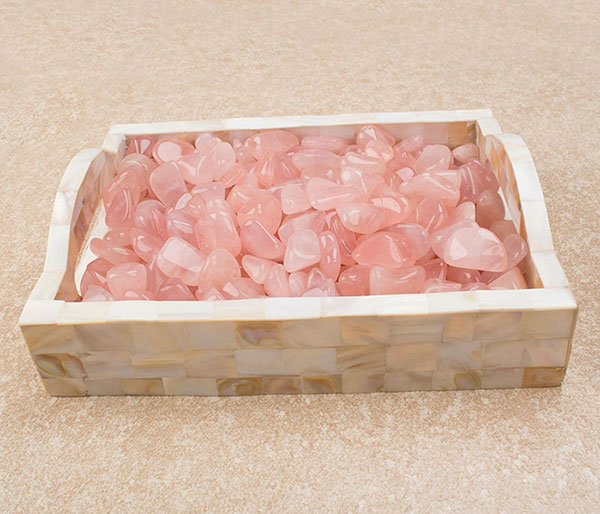 When you find yourself in a crisis or traumatic situation rose quartz calms, comforts and reassures.  A soothing and nurturing stone it helps us come to terms with grief and heartbreak.  It also helps us to understand that happiness in life is not being without problems, it's knowing how to deal with them.

Rose quartz is one of the finest of all healers.  It helps release difficult emotions and heartache, soothes mental pain and helps you let go in order to move forward. It's especially beneficial for those who feel they cannot be loved.

This is the meaning of rose quartz and why it's one of the most widely used of all healing crystals.

When used at home rose quartz removes negative energy from a room and replaces it with love and respect for those around you.

What is Rose Quartz?

Rose quartz is a translucent variety of the mineral quartz.  Pink is one of the less common colours in which quartz occurs.

Individual crystals of rose quartz have never been found.  The mineral crystallises instead in masses.  In this crystal habit crystals grow as one large shapeless mass with no visible external shape or form. This is unusual for quartz because most varieties exhibit well formed crystals.

There is a pink coloured quartz that does form individual crystals.  It's generally believed pink quartz as it tends to be known is a variety in its own right.

As well as being very rare, it forms in a different geological environment to rose quartz.  Its colour is believed to be caused by impurities of aluminium and phosphorus.  It's also extremely sensitive to light.

The colour of rose quartz is believed to be fairly stable.  With that said, there have been occasional reports of stones that have turned pale after being exposed to sunlight.

The delicate pink colour of rose quartz is unique and has been a subject of great debate for many years.  Despite extensive analysis scientists are still not certain what causes the colour.

The most popular theory is the presence of microscopic fibrous inclusions related to a mineral similar to dumortierite.

During tests when these inclusions were separated from the rose quartz they were found to exhibit exactly the same colour.  It's therefore believed they're likely to be the cause.

Rose quartz is used primarily for decorative purposes and for its metaphysical healing properties.  Pink quartz is highly sought after by mineral collectors.

Although rose quartz is translucent, when used as a gemstone it tends to be shaped as a cabochon instead of being faceted. This is because it's slightly cloudy which is enhanced when the stone is cut.

Rose quartz beads found in Mesopotamia (modern day Iraq) date back to 7000 BC. The stone is also believed to have been used by the Assyrians (800 - 600 BC) as well as in Ancient Greece.  Although known to the Romans they used it mainly for seals.

A relatively hard stone rose quartz grades 7 on Mohs scale of mineral hardness.  Although found in several countries around the world the vast majority and most of the finest grade stones come from Brazil.

The mineral known as pink quartz can only be found in Brazil.

The rose quartz in our first picture is on display in the Smithsonian Museum of Natural History, Washington D.C.  Photo by Stone Mania.

The rose quartz tumbled crystals are from our collection.  The last picture in our article is courtesy of The Arkenstone.  Images are clickable and redirect to the original non-compressed photo.