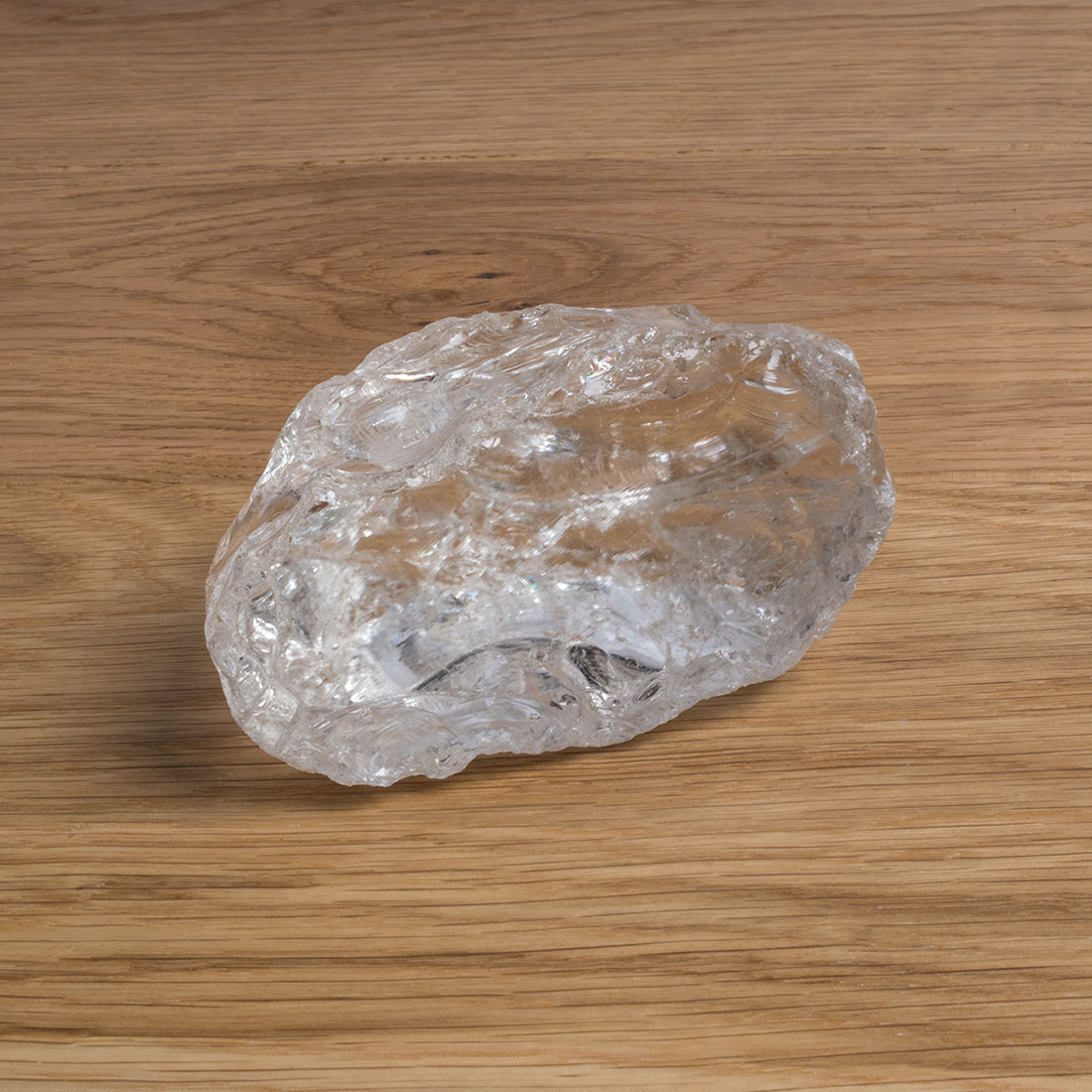 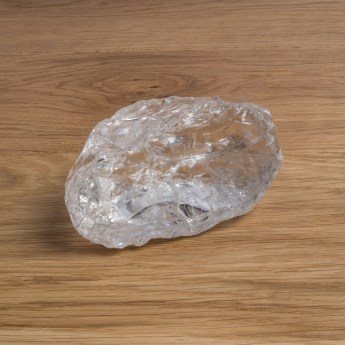 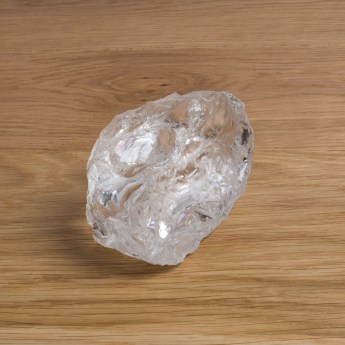 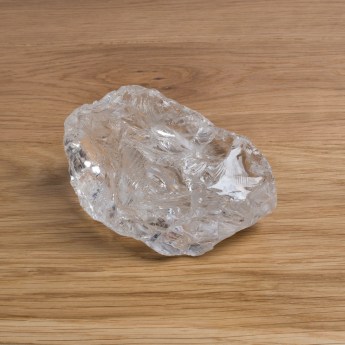 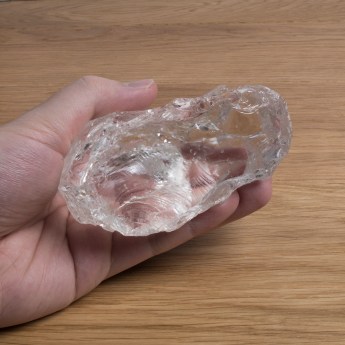 Quartz is made up of the two most abundant elements in Earth's crust, silicon and oxygen.

In its purest form quartz is colourless and transparent.  This material is also known as rock crystal. This type of quartz was the first substance ever to be described as crystal.  The ancient Greeks believed it was a special kind of ice that had frozen so solid it would never melt.

This fascinating clear quartz mineral comes from South Africa. It's absolutely crystal clear and free from impurities and inclusions.  Clear colourless quartz is not easy to capture well in a photograph.  The distortion that can be seen when looking into the quartz is caused by the camera lense trying to focus on what it perceives to be clear empty space.

This rough piece of quartz has at some point been sawn in half.  What was once the middle of the rock is now a perfectly smooth flat face.  Being fully transparent it acts like a window that enables you to look right through the stone. 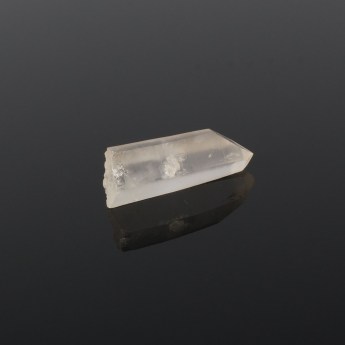 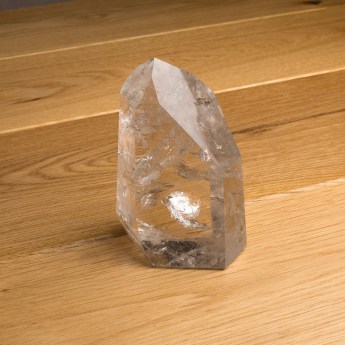 Quartz Included with Rutile
£128.00
Back to: Crystals Rocks Minerals