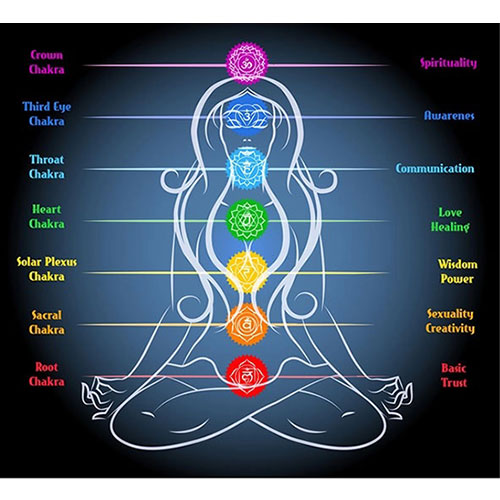 Chakras 7 Energy Centres of the Body

Chakra which comes from the Sanskrit word for 'wheel' or 'turning' is a concept that refers to wheel-like vortices (singular-vortex).

According to traditional Indian medicine chakras are believed to exist in the surface of the etheric double of man.

Chakras are 'force centres' made up of rotating vortices of subtle matter.  They're believed to be the focal points for the reception and transmission of energies.