Shungite | The Healing Properties of Crystals

Shungite is a curious material found primarily in north west Russia.  It's relatively rare, virtually unknown and the finest grade is known as elite shungite.  As well as being surprisingly light weight it's naturally lustrous and has a black residue similar to the soot produced by coal.

With the world's original and largest deposit being in Karelia in the north west of Russia, the grade known as elite shungite can be very expensive.

My first encounter with shungite came whilst buying rocks and minerals in South Africa.  Having caught my eye I was immediately curious about a stone that was unlike anything I had seen before.

After doing some research I learnt it was a non crystalline solid formed mostly from carbon.  For that reason alone it's widely used for its healing properties.

Having chosen a few pieces for my collection I was surprised at just how expensive it was.  Then again, it came from Russia and I was buying it in South Africa.

Once back home I took some photographs and listed each piece individually on our website.  Within a few weeks they were all gone.  On our next trip a few months later we bought more. 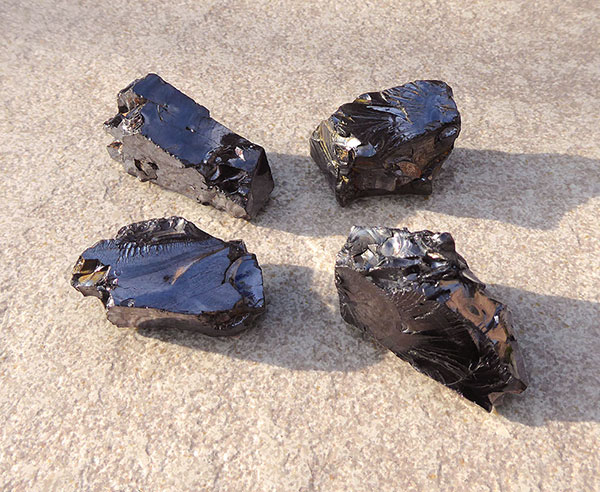 When they sold just as quickly I decided it was time to find a supplier in Russia.  After receiving two parcels of low grade shungite despite being told it was elite grade, I finally received some really nice stones at a fair price.  In fact they were much nicer than what I had bought in South Africa and better still, were cheaper.

With shungite being a non crystalline solid it's not a mineral.  It's correctly known as a mineraloid.  This name describes the group of mineral-like substances that includes amber (fossilised tree resin), jet (similar to coal), moldavite, pearl and obsidian.  All these materials are amorphous or non crystalline solids.  That means they have no significant crystal structure so are not made up of crystals.

Elite shungite which is used for its healing properties has in the past been referred to as 'the miracle stone' or 'stone of life'.  Judy Hall author of the Crystal Bible series even states it may have been instrumental in creating life on Earth.

One of its primary healing properties is its ability to block geopathic stress caused by exposure to electromagnetic fields (EMF).  Shungite contains almost all of the minerals in the Periodic Table which gives it an exceptional shielding ability.

On a psychological level it clears old emotional and physical behaviours replacing them with new positive patterns.  It boosts physical well-being, strengthens the immune system and restores emotional balance.

Although conventional medicine can be traced back 5,300 years, the use of crystals for healing can be traced back at least 6,000 years.  Whilst a great deal of scepticism still surrounds the practice of healing with crystals, many people including myself remain open minded to it.  Although there may not be any scientific evidence to support what is sometimes called a pseudoscience, crystals are without doubt an integral part of many people's lives.

There's a considerable amount of evidence to suggest crystals may act in a similar way to a placebo.  This is a substance or treatment that's believed to be genuine but contains no active medicinal ingredients.

It has been proven in trials that a placebo has the ability to stimulate a genuine physiological response.  This can range from a change in heart rate or blood pressure to chemical activity in the brain. In cases involving pain, depression, anxiety, fatigue and even in some symptoms of Parkinson’s disease, a significant improvement has genuinely been achieved. 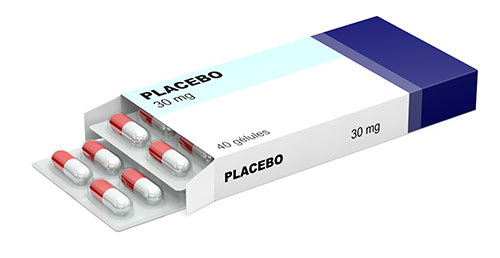 Despite the claim that shungite may have been instrumental in creating life on Earth, that seems a little far fetched.  With that said, rocks and minerals have certainly played a crucial role in creating and shaping our planet.  With that in mind, who can say for certain they don't have healing properties that mankind is yet to fully understand?

I have been working with rocks and minerals for the last twenty years and remain open minded to their holistic abilities. I don’t use them for healing purposes but am without doubt drawn to them in a way I can't really explain.  When working with and around them I feel a sense of calmness and they often lift my mood.

It’s widely documented on certain websites that shungite is at least two billion years old.  That sounds pretty impressive but the oldest rocks on the planet date back around four billion years.  As difficult as that is to grasp, it actually makes shungite seem quite young in comparison.

My interest in rocks and minerals is not just geological but also how they've been used and studied by man throughout history.  I'm fascinated by their colours and characteristics and the fact that I'm handling something whose formation began millions or even billions of years ago.  I think people sometimes forget how old rocks and minerals are and what they've been through to become what they are today.

I appreciate using crytsals for healing is not for everyone but there's so much that can be enjoyed from these curious and fascinating objects.

I worked in markets and retail shows for many years.  During that time the reactions from people who had never really looked at or handled rocks and minerals always fascinated me.

They were captivated by the different shapes, colours and textures.  Some would struggle to understand what they were looking at and where it had come from.  When I explained some of these rocks and minerals are millions or billions of years old they'd look at me with scepticism.  I remember seeing one guy scratching an orange calcite sphere with his fingernail.  When I asked him what he was doing he said he wanted to see if it was real!

One of the first questions people would often ask was "what do you do with them?"  It was a question I always found very difficult to answer.

I have three beautiful pieces of elite shungite in my personal collection and it's a stone that still fascinates me.  As well as the healing properties believed to be associated with it, it's also widely used for water purification purposes.  Shungite is known to remove organic and inorganic substances, disease causing bacteria and even traces of metals.

I believe the authenticity of using crystals for metaphysical purposes is something each one of us has to decide for ourselves.  Irrespective of what science says about their healing abilities, everyone who has ever worked with these fascinating objects will have a different story to tell. 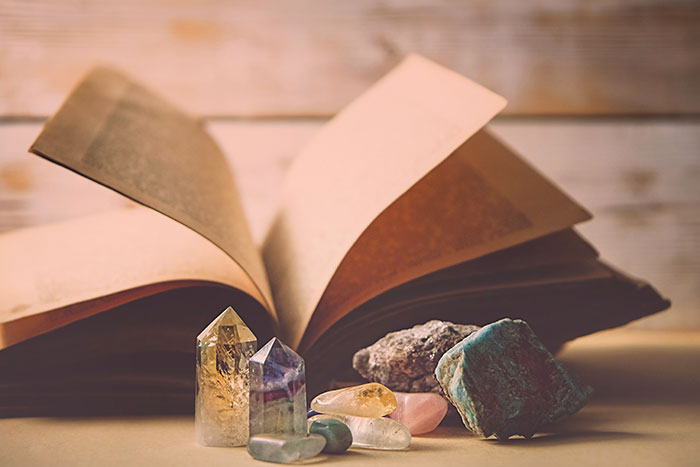 Man has been working with rocks and minerals for thousands of years.  More than one hundred new varieties are discovered around the world each year.  Even so, there's things about some varieties that scientists still don't fully understand.

The cause of the pink colour of rose quartz has been debated for many years.  Much of what is known about the mineral agate is supposition because its formation is complex and has never been studied from start to finish in real time.

All living creatures need certain minerals to remain healthy.  If not present naturally they're added to the foods we eat, the creams we apply and medicines we take.  Whose to say they dont' also have some kind of influence over the way we  conduct ourselves in everyday life? Maybe, just maybe there's something about them that science is yet to fully understand.

Shungite has been in existence for around two billion years compared to the mere three hundred thousand that man (homo sapiens) have been on the planet.  With that in mind, I believe there's still many things we still don't fully undertand about this incredible planet.  Despite all the advances in medicine and science in recent years, we're only just really becoming aware of the damage we're causing to the world we live in.

As a consequence the planet is changing at an alarming rate.  Plants animals and insects are disappearing faster than ever before.  If we as humans cannot understand something as simple as that, how can we know for certain that healing properties do not exist in rocks and minerals?

I work with these objects because I enjoy being around them.  Each one interests and fascinates me for a different reason.  I can't say for certain what impact a stone like shungite or any other will have on my life.  What I can say however is that I believe it's definitely worth keeping an open mind.

My Experience with Healing Crystals

I once went to a psychic who had been highly recommended to me.  I've always been sceptical about people who claim to have psychic abilities but went with an open mind.

Before I'd even sat down she blurted things out that she could not possibly have known.  I hadn't given her my real name and she knew nothing about me.

Although subsequently she didn't tell me a great deal, what she did say was very personal.  She kept seeing the letter J and wasn't getting much else.  She said she didn't understand why or what it meant.  It was the first initial of my partners name who was waiting for me just down the road.  I didn't tell her that.

So could it be that crystals are similar to psychic ability in that only some people can tune into them?  Maybe for everyone else they're just plain old stones.

I’ve read extensively about crystal healing for many years and have heard countless stories.  Some I take with a pinch of salt but you can't dismiss everything you hear.  I also have a few experiences of my own that can't logically be explained.  One of those involved obsidian which is reported to be exceptionally powerful.

It's said black obsidian will bring issues to the surface and can be very confrontational.  You apparently need to be ready for a full onslaught before using it.  In the years before I became involved with crystals rocks and minerals some black obsidian came into my possession.  It wasn't something I chose and I had no idea what to do with it.  I placed it in my bedside drawer.

In the months that followed a monumental change took place that changed my life.  It came out of the blue and wasn't something I expected.  Was it just coincidental?

Further experiences have shown that if crystals are destined to be part of your life, they'll make an appearance when the time is right.

There are people around the world from every race, culture and ethnicity and always have been who believe crystals have mysterious powers.  They believe these healing properties can bring about a change on a physical, emotional or spiritual level.  Providing the practice is used to compliment and not replace traditional medicine, then why not embrace it?