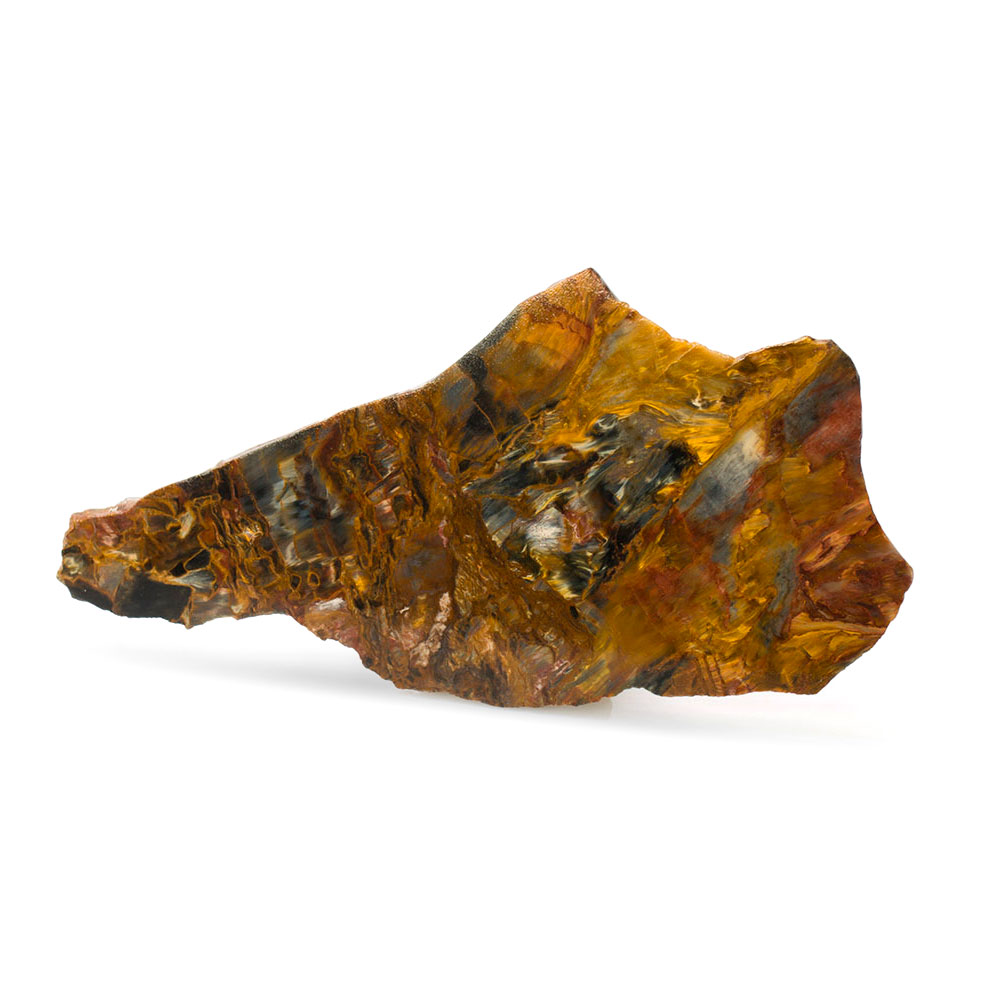 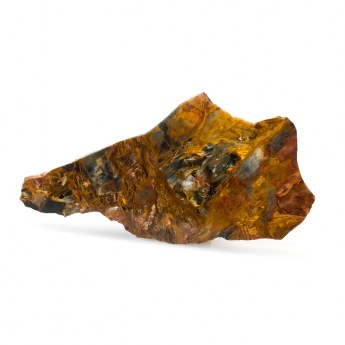 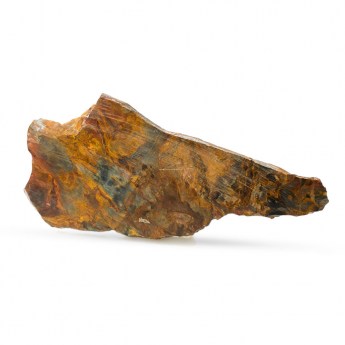 Pietersite is a relatively rare and beautiful mineral that's only mined in Namibia.  It can apparently also be found in China but due to flooding the deposit has been closed for many years.

Despite doing a considerable amount of our buying in South Africa which is just across the border, it's still incredibly difficult to find pietersite of this grade for our collection.  Most of the material that is available has either been turned into cabochons or is pretty low grade.

First described in 1962, pietersite is a type of brecciated tigers eye which exhibits lustrous tones of blue and brown.  It's not uncommon for the finest material to exhibit slight chatoyance.  Despite sharing certain characteristics with tigers eye and being similar from a geological perspective, pietersite was formed under very different geological conditions.

This shard of pietersite is quite magnificent and has only been polished on one side.  The optical phenomenon of chatoyance can be seen in small sections especially those with darker shades of colour.  It would undoubtedly make a superb addition to any collection of rocks and minerals. 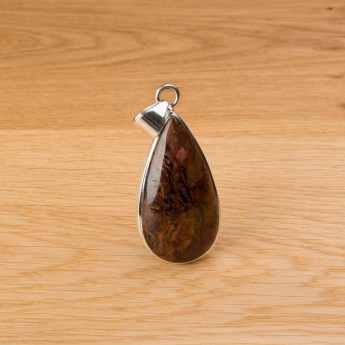