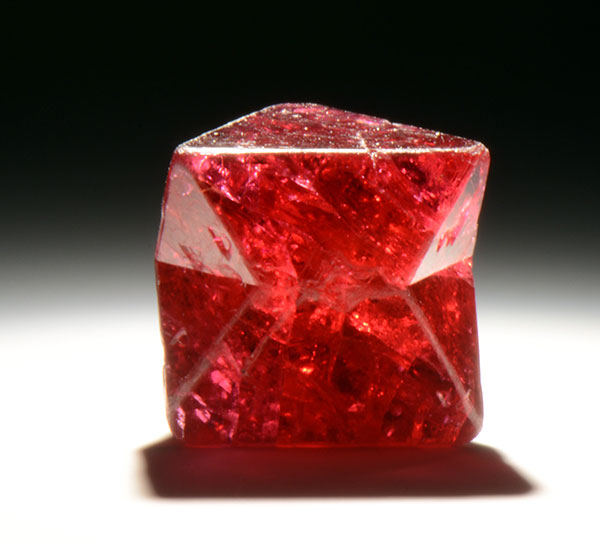 The mineral spinel is generally a red or pink coloured stone but can also be found in blue to mauve, dark green, brown and black.  Historically it was often mistaken for a ruby and some famous rubies which belong to crown jewel collections around the world have since turned out to be spinels.  The most famous example is the Black Prince's Ruby set in the British Imperial State Crown.

For many years any red coloured gemstone was known as spinel and that only changed quite recently.  It is now recognized that ruby is both rarer and significantly more expensive.

The spinels in our photograph which is clickable are on display in the Harvard Natural History Museum, Massachusetts, USA.  Photo by Stone Mania ©