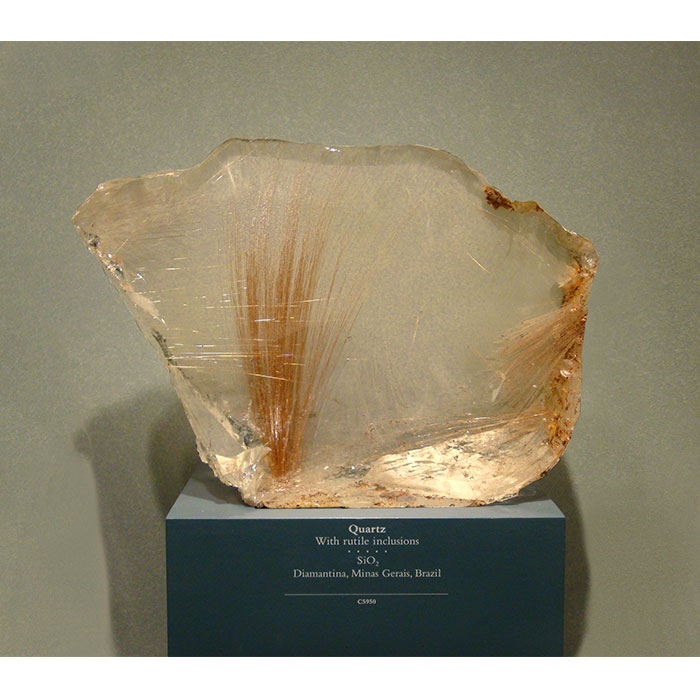 Inclusions in Quartz Can be any Number of Substances

Inclusions in the mineral quartz are not uncommon and there are literally hundreds of different varieties of included quartz to choose from.  Whilst some gemstones lose value when an inclusion is present, others such as rutilated and tourmalinated quartz are valued specifically because of the presence of inclusions.  Inclusions in quartz can be air, water, tar, petroleum or any number of other substances however rutile and tourmaline are fairly common.

Rutilated quartz and tourmalinated quartz are the two best known varieties of included quartz.  The mineral rutile is known for its long and slender needle-like crystals which are made up primarily of titanium dioxide.  These grow naturally within the host rock over millions of years and tend to resemble fine strands of hair.  For this reason they're sometimes referred to as Venus hair or Cupid's darts.  Rutilated quartz is also known as sagenite although nowadays this name is rarely used.

Although golden coloured rutile tends to be the variety that's most widely known, the colour of this mineral can vary from pale yellow to a rich orange or reddish brown and can even be black.  When black inclusions are present stones are sometimes confused for tourmalinated quartz which as the name suggests, is quartz with inclusions of the mineral tourmaline.

Rutilated and tourmalinated quartz are both used primarily for gemstones and tend to be polished as cabochons. The density of the inclusions can vary dramatically and whilst some quartz may only be lightly included, stones can also be full to capacity to the point where it's rendered almost completely opaque. 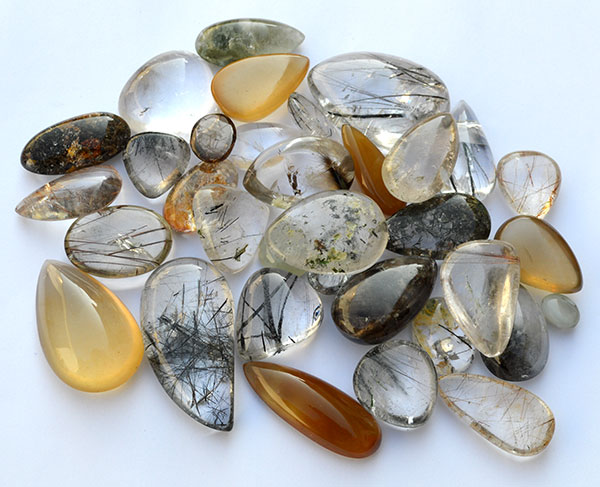 When inclusions of rutile are present in rubies and sapphires, if particularly dense they can cause a visual phenomenon known as asterism.  This is caused as light reflects off the rutile but in order for it to be appreciated, the ruby or sapphire must be cut as a cabochon.  Where asterism is present the gemstone becomes known as star ruby or star sapphire due to the fact that a star-like reflection can be seen.

Other varieties of quartz with inclusions includes aventurine which features the mineral mica and lodolite which is a particularly rare variety of quartz that can only be found in the Minas Gerais state of Brazil.  Lodolite often features complex patterns of sand-like crystals that can resemble coral reefs, gardens or landscapes hence it's sometimes known as garden, landscape or scenic quartz.

The rutilated quartz at the top of this article is on display in the Smithsonian Museum of Natural History, Washington D.C.  Photo by Stone Mania.  Clicking the image redirects to the original full size photo.