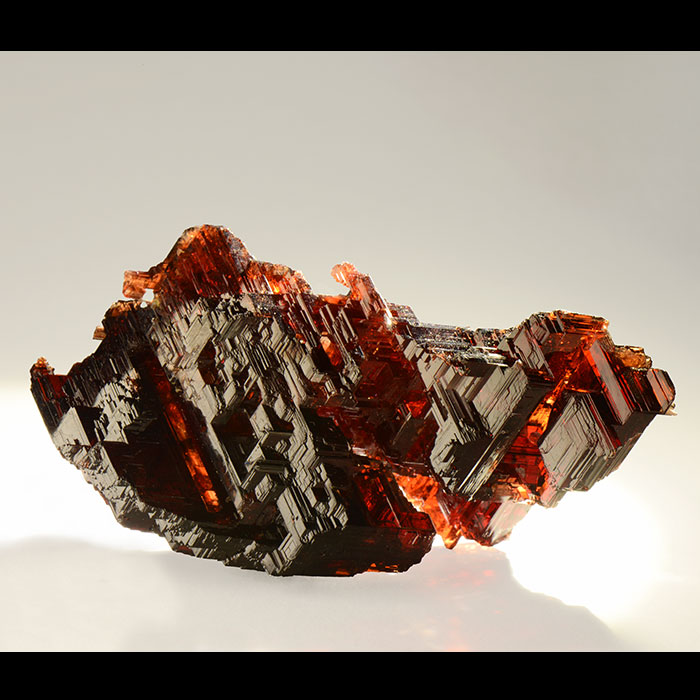 Garnet is a rock forming mineral best known as a red coloured stone.   There are several varieties and many different colours.

Whilst all varieties share a common crystal structure and have very similar physical properties, their chemical composition is not the same.  As well as red, garnet can also be green, pink, yellow, orange, brown, black or even colourless.  The main difference apart from colour is density and refractive index which is a measurement of light used with certain minerals.

Almandine and pyrope are the most common varieties of garnet.  There is a slight difference in colour which can only really be seen in the finest grade gemstones.

Pyrope whose name comes from the Greek word 'pyropos' meaning 'fiery-eyed' only occurs in shades of red.  This stone is often found associated with diamond.  In the Kimberley region of South Africa where it's mined it's known as the 'Cape Ruby'. 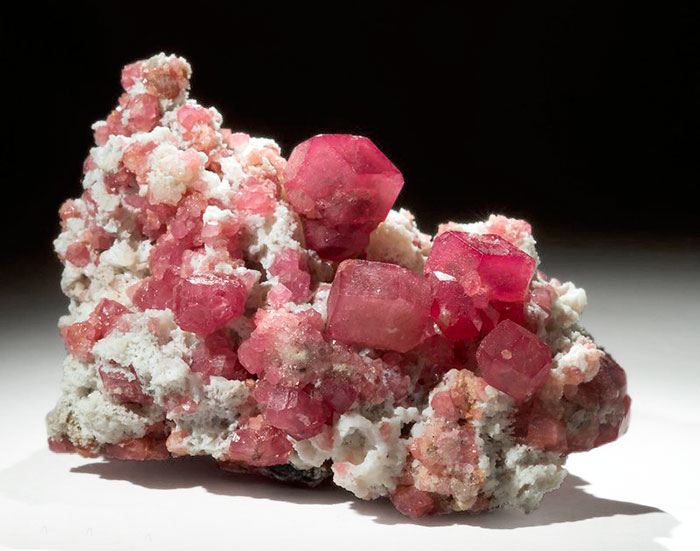 Spessartine also known as mandarin garnet because of its vivid orange colour is one of the rarest varieties.  Its name comes from the region of Spessart in Bavaria, southern Germany.

Grossular garnet in its purest form is clear and colourless but often contains impurities.  For this reason stones can be found in several different colours.  The name comes from the Greek word 'grossularia' meaning 'gooseberry' because its colour and shape can sometimes resemble a gooseberry.

Tsavorite which is the most highly sought after variety of grossular garnet exhibits a vivid green colour.  It was discovered in 1968 in Tanzania.  Three years later it was also found in Kenya.  The American jewellery company Tiffany & Co who were the first to market the stone, named it after the Tsavo National Park.

Virtually all tsavorite is found in east Africa.  This region is rich in vanadium which gives garnet and sometimes emerald their distinctive green colour.

Demantoid garnet is one of the rarest and most valuable varieties.  The name comes from the Dutch word 'demant' meaning 'diamond' because of its impressive fire or brilliance.  It was first discovered in 1868 and quickly became popular with jewellers including Carl Fabergé and Tiffany & Co.  Demantoid garnet was also popular during the Victorian era and with Russian Tsars.

Garnets which have been found in Bronze Age excavations are believed to be one of the world's most ancient gemstones.  They have been traced to the Nile Delta in 3100 B.C. where ancient Egyptian artisans are known to have created beads, bracelets and other items of jewellery.

Orange grossular garnet which is also known as hessonite was also used for jewellery in ancient Greece and Rome as well as for cameos and intaglios.  Red varieties were once included in the group known as carbuncle.  This ancient name described all blood-red coloured translucent gemstones cut as cabochons.  The name however referred particularly to garnet.  At one time all dark red coloured stones were considering to be the same mineral.

Garnets were widely traded in Carthage (Tunisia) during early Roman times.  They were believed to have strong curative powers and were also used for hundreds of years as an abrasive.  Garnet is still widely used today as an abrasive because it's relatively hard, has sharp edges and once crushed is ideal for cutting and sanding.

Almandine also known as the 'Ceylon Ruby' has been popular in jewellery since at least Roman times.  It was referenced by Pliny the Elder Roman author, naturalist and natural philosopher.

The name garnet originates from the Greek word 'granatus' meaning 'seed like'.  This is a reference to a red red seed that was mostly associated with the pomegranate. Throughout history because of its deep red colour, the mineral has often been mistaken for ruby. 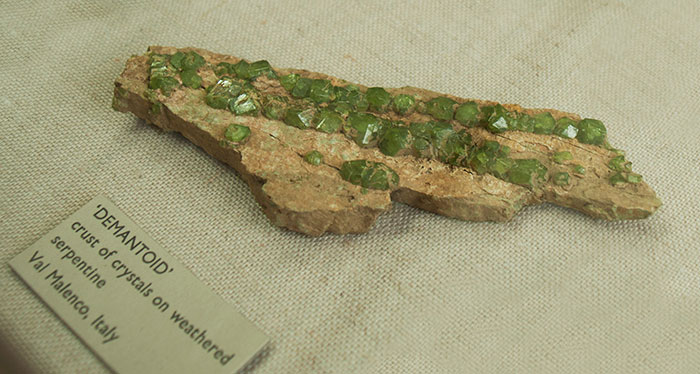 Garnet has long been used as an amulet by travellers.  This stone was believed to preserve health and honour, cure the wearer of diseases and offer protection against perils encountered during their journey.  Many explorers and travellers who carried a garnet believed it would illuminate the night sky.  It's now known the stone's luminosity is caused by its high refraction of light.

When used in crystal healing garnet is said to be powerfully energising, highly protective and has the ability to warn of approaching danger.  It's useful during a crisis and can help in situations where there seems to be no way out.

Garnet strengthens the instinct of survival bringing courage and hope and is particularly beneficial for attracting love, dreaming and metabolism.   Considered to be a 'stone of health' which cleanses and re-energises the chakras, it balances sex drive and alleviates emotional disharmony.

Being graded 6.5 to 7.5 on Mohs scale of mineral hardness means garnet is quite a hard stone.  For this reason it has long been used as an abrasive.

Unlike many gemstones garnets are rarely ever heat treated to enhance or change their colour.

Birthstone for the month of January, a garnet gemstone was spotted in a ring being worn by Kate Middleton early on in her relationship with Prince William.  Her birthday is January 9th.  The ring also featured pearl which is William's birthstone.

The photos of the mineral garnet that we've featured in our article are all clickable and redirect to the original non-compressed image.  The first two are courtesy of Stan Celestian, the third taken by Stone Mania is on display in London's Natural History Museum.