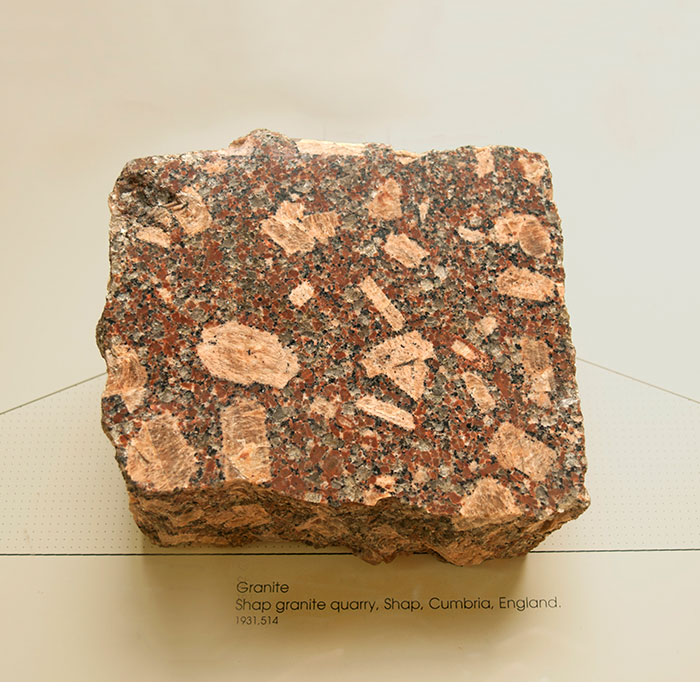 Granite Made Up of Different Minerals

Granite is an igneous rock made up primarily of the minerals quartz and feldspar but smaller amounts of other minerals including orthoclase, hornblende and mica are also present.  For this reason granite is a rock not a mineral.  The difference between the two materials is rocks are made up of different minerals whereas minerals are made up of crystals.

Granite makes up a large part of the continental crust which is the layer of Earth that we live on.  Rocks form well below the surface as molten magma cools, crystallises and solidifies.  Due to intense pressure magma is forced between other layers of rock before slowly turning to stone.  Crystals are often large and clearly visible because they have grown very slowly over many millions of years deep beneath the surface so have had plenty of time to form.

A Few More Facts About Granite

Best known for its mottled pink, white and grey colour, granite is a stone known for its strength and durability hence has been prized as a building material for thousands of years.  It was widely used in Ancient Egypt particularly for carving obelisks but also for the chambers of the Great Pyramid.  In South Dakota the heads of four U.S presidents are carved into the face of Mount Rushmore which is granite.

Granite remains one of the most popular stones for use in the building trade not only because of its hardness, resistance against weathering and ability to bear significant weight but also because it's an attractive and often colourful material that also takes on an exceptional polish.  Granite is widely used for kitchen worktops and once fitted rarely ever needs to be replaced.

The piece of granite in the photo at the top of this article is on display in London's Natural History Musuem.  Clicking the image redirects to the original photograph which was taken by Stone Mania ©.