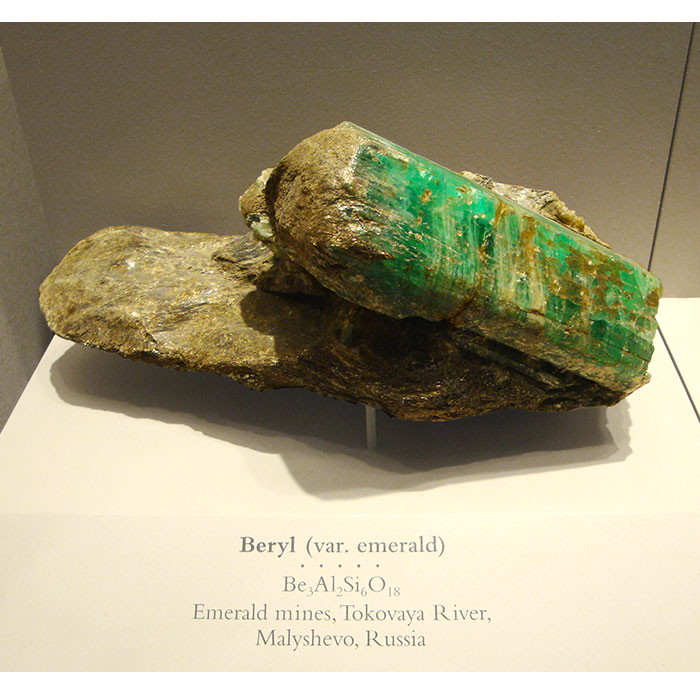 Emerald is a valuable gemstone and green variety of the mineral beryl.  Its colour is caused by trace amounts of chromium and the chemical element vanadium.

Flawless emeralds are incredibly rare and the vast majority are small, heavily included and feature surface reaching fissures and fractures.  These often cause stones to break very easily.  For this reason many emeralds are treated to fill cracks and to improve clarity.

Numerous treatments have been devised over the years to hide or disguise flaws.  The finest grade gemstones command staggering prices.

The history of this grass green coloured stone can be traced back to ancient Egypt where it was mined as early as 1500 BC.  The name comes from the Latin esmaralda/esmaraldus, a variant of the Latin word smaragdus which originated in ancient Greece. Smaragdos means green gem.

Cleopatra loved emeralds and often covered herself in them during official occasions.  Her palaces are believed to have been decorated with stones and having stated they were only fitting for Egyptian royalty, the emerald mines were made her personal possession.  Her portrait was often engraved onto larger stones which were then gifted to her favourite ambassadors. 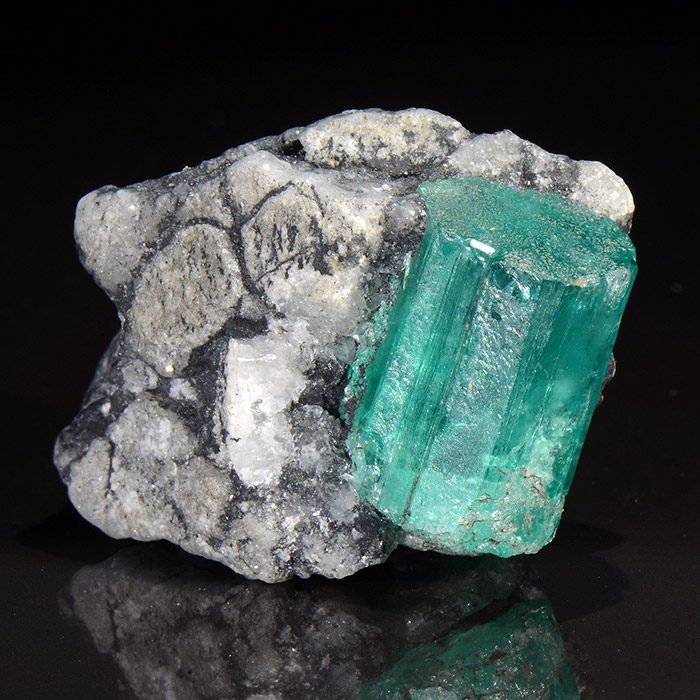 Columbia mines more emeralds than any other country.  The finest stones come from mines around Muzo known as the emerald capital of the world.  The next largest producer is Zambia.  In October 2018 a 5,655 carat emerald was found at Kagem which is the world's largest emerald mine.

Being lighter in weight than diamond and sapphire means an emerald of the equivalent weight would be considerably larger.

On Mohs scale of mineral hardness emerald grades 7.5 to 8.  Although relatively hard it's also very brittle.  A stone's hardness is often confused for toughness but the two characteristics are quite different.

Mohs scale is a tool which measures the scratch resistance of one mineral against another.

Emerald is the modern birthstone for the month of May.

During the Spanish conquest of Peru the invading Spaniards tested gemstones by grinding and pounding.  During this process thousands of emeralds were destroyed because they were deemed worthless simply for being too soft. 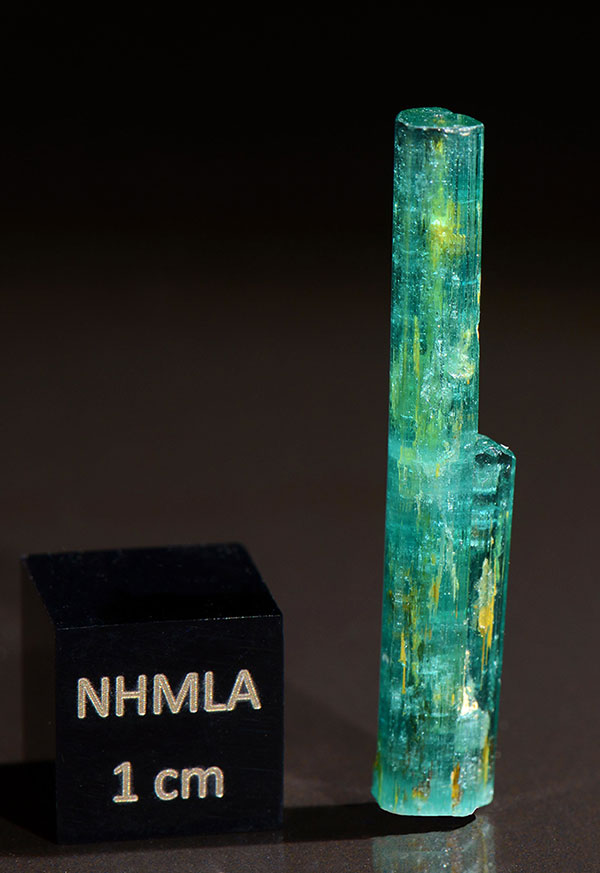 Several characteristics are taken into consideration when grading coloured gemstones but colour is generally the most important.  Having said that, with emeralds clarity comes a close second followed by richness of colour, saturation and tone.

Despite being the green variety of the mineral beryl not all green beryl is emerald.  Before a stone can be called emerald it must go through rigorous testing during which the cut, shade and depth of colour, clarity and carat weight is assessed.

When assessing the clarity of a diamond, a loupe which is small powerful magnifier is used.  Inspection of an emerald however is often done with the naked eye.  If no visible inclusions can be seen the stone will be classified as flawless.

Our photos are clickable and redirect to the original non-compressed image.  The exhibit at the top of the page is on display in the Smithsonian Museum of Natural History, Washington D.C (photo Stone Mania ©).

The second two emeralds are housed in the Natural History Museum Los Angeles.  Both photos are courtesy of Stan Celestian.

Our Collection of Emerald