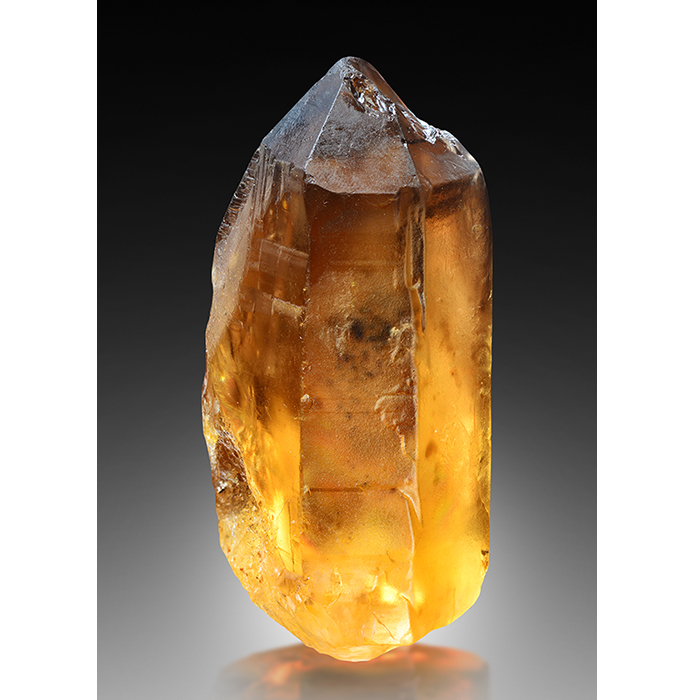 Natural citrine is one of the most valuable varieties of the mineral quartz.  This transparent to translucent crystal exhibits a vitreous lustre but the exact cause of its subtle yellow to deep orange colour is still somewhat of a mystery.  What is known about the colour of citrine is that trace amounts of aluminium cause some crystals to turn yellow.

Due to its rarity the vast majority of citrine sold commercially is heated amethyst.  This process is usually carried out soon after the stone is mined.  Heating amethyst causes the crystals to change colour.

It's fairly safe to say that many people who own a citrine stone will have no idea whether it's natural or amethyst that has been heated.  It's usually quite easy to tell one from the other.

Although the colour of natural citrine can vary from a very subtle shade yellow to deep orange, it's normally uniform throughout the stone.  In amethyst colour zoning is common.  This characteristic means that shades of colour can vary sometimes quite significantly, within the same crystal.

In citrine that has not been cut and polished, an area of opaque white quartz will often be visible towards the base of the crystal.  The colour of heated amethyst also tends to be distinctively yellow, orange or a kind of unnatural burnt orange.

Almost all citrine geodes sold around the world are in fact amethyst that's been heated in industrial sized ovens. 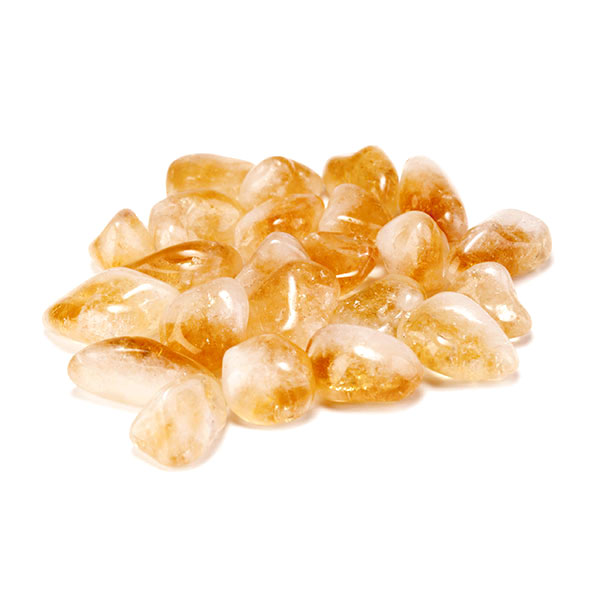 Natural citrine is also sometimes heated which improves the depth or shade of colour.

During the first and second centuries AD both the Greeks and Romans used citrine for intaglios.  During the Middle Ages the it was believed to offer protection against snake venom and evil thoughts.

Historically little is known about this yellow variety of quartz because there are few references to it which is likely to be because of its rarity.

Citrine is the 'traditional' birthstone for the month of November.  On the 'modern' birthstone chart it's an alternative to topaz.

Although some coloured varieties of quartz including citrine are often mistaken for topaz, they're two completely different minerals.  The reason for the confusion may stem from the fact that for many years all translucent brown orange and yellow coloured gemstones were commonly referred to as topaz.  Even after the discovery that some stones had a different chemical composition, it was many years before the correct names started being widely used. 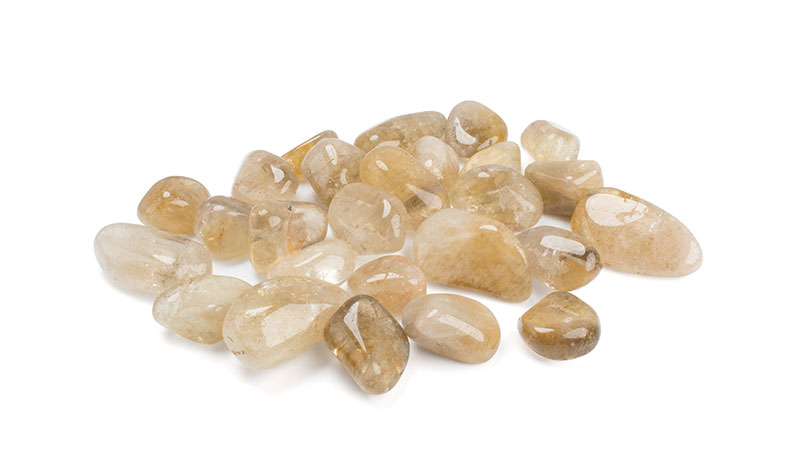 Like most varieties of quartz citrine grades 7 on Mohs scale of mineral hardness.  When used as a gemstone it tends to be faceted which maximises brilliance.  If well cut the stone's value can be significantly increased.

When used for its metaphysical properties citrine is said to help with digestion and the removal of toxins from within the body.  It symbolizes light-heartedness, joy and happiness and influences the areas of education, business pursuits and interpersonal relationships.  Citrine can also be used for smoothing out or pacifying family or group problems.  Along with the mineral kyanite it does not accumulate or retain negative energy hence never needs to be cleansed.

Deposits of natural citrine can be found in Madagascar, Spain, Uruguay, on the Isle of Arran in Scotland, the Ural mountains of Russia and the USA.  Currently the world's largest supplier of natural citrine is the Brazilian state of Rio Grande do Sul.

If positioned in direct sunlight the colour of citrine will become paler.  It will however happen very slowly over a long period of time. 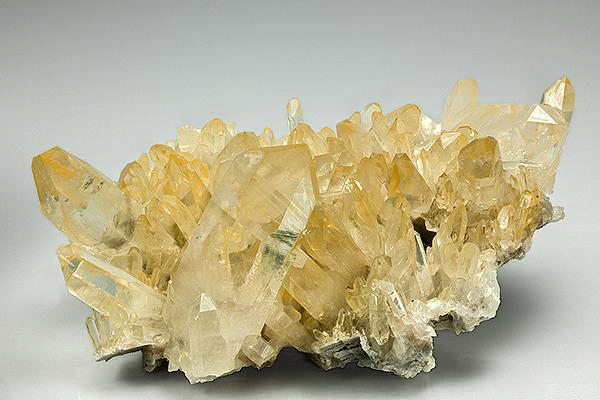 Our Collection of Citrine