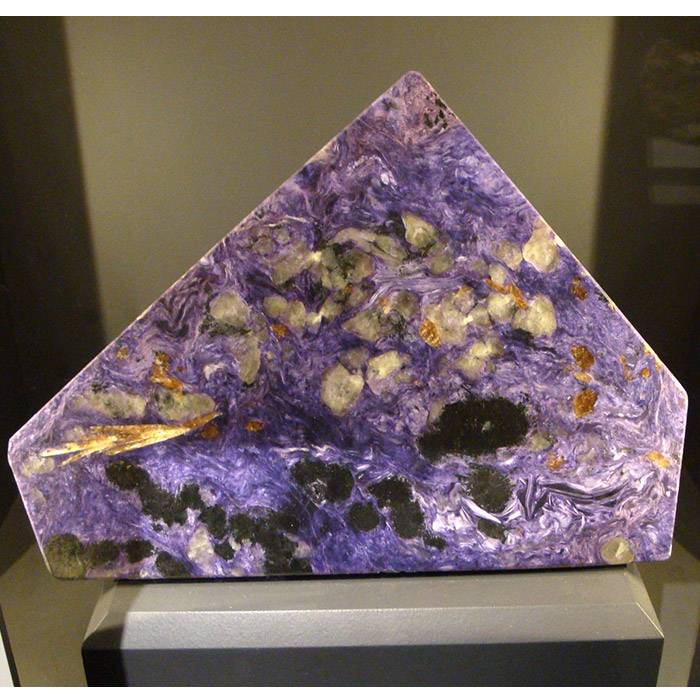 Charoite is a rock forming mineral first discovered in 1948 by geologist Vladimir Ditmar but it was another twenty years before the site where the stone was found was revisited by geologists and only then was it fully investigated.  Found in Yakutia also known as the Republic of Sakha which is an area of more than three million square kilometres in Russia's Far East (Siberia), the world's only mine is the Sirenevy Kamen deposit which lies close to the Chara River Valley after which the stone is believed to have been named.  Others however argue that charoite came from the Russian word 'charovat' meaning to charm, bewitch, wonder or magical in reference to the stone's fascinating appearance.  Another rare mineral called eudialyte can also be found in this same location.

Unique and wonderfully distinctive, charoite was only classified as a mineral in its own right in 1977 and was officially named a year later in 1978.  Prior to this the stone was virtually unknown outside of Russia.  When polished it can exhibit a lilac to rich purple colour along with beautiful swirling patterns which can sometimes be slightly chatoyant.  Charoite's distinctive colour and markings make it a relatively easy mineral to identify on sight alone.  Black, white and orange colouration which may also be present are associated with minerals such as aegirine-augite, feldspar and tinaksite but others including microcline, apophyllite, fedorite and canasite have also been found. 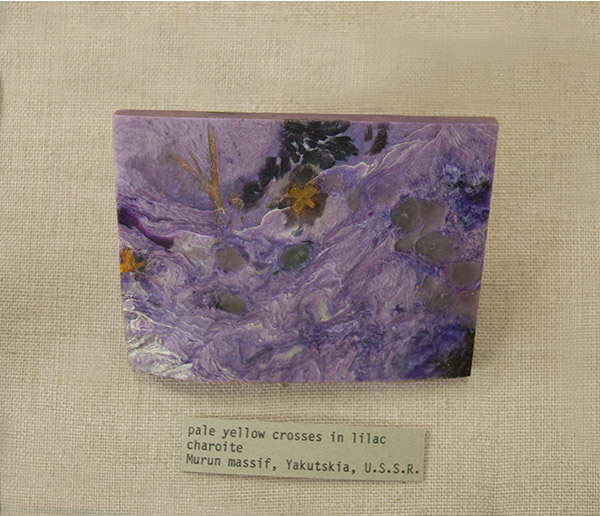 Despite being more readily available now than it once was, the mineral charoite is still relatively rare and sourcing larger quantities and finer grade stones can be particularly challenging.  It's believed there is almost no fine gem grade material left available to mine.  The mine's remote location makes access extremely difficult especially for heavy machinery so the Republic of Sakha have limited the amount of charoite that can be mined to one hundred tons per year.

Once the mineral charoite became known to the outside world it quickly captured the attention of collectors and enthusiasts.  Before long it was also being widely used as a lapidary material.  Gemstones tend to be cut as cabochons.

Being graded 5 to 6 on Mohs scale of mineral hardness means that charoite is not a particularly hard stone so needs to be handled carefully.