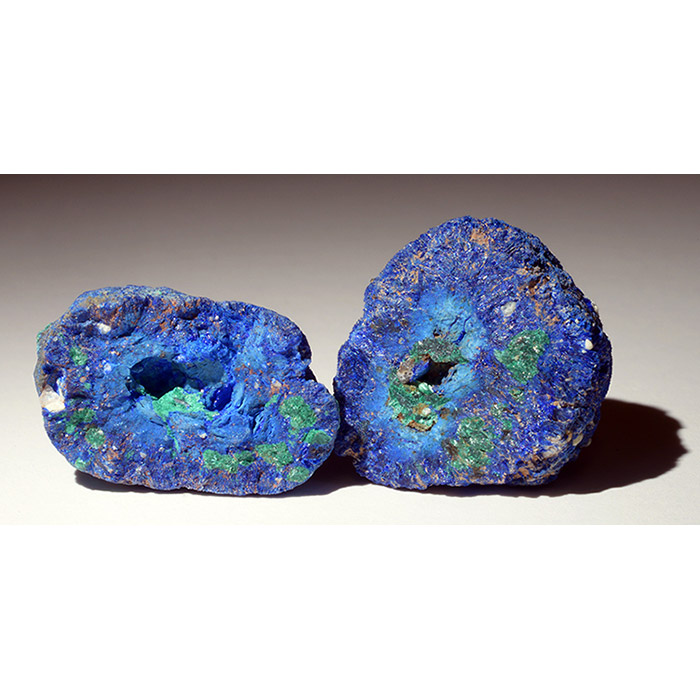 Azurite and Malachite Often Occur Together

Prized for its impressive rich blue colour, azurite is known to have been mined in ancient Egypt and was ground down for use as a pigment.

During the Middle Ages and Renaissance azurite was the most important blue pigment.  Over time and under the right conditions it slowly turns into malachite.  For this reason the blue colour in some paintings from these periods is now a shade of green.

The mineral azurite is popular with mineral collectors and is widely used as a gemstone.  It's occasionally referred to as chessylite after the region in France where it was first identified. 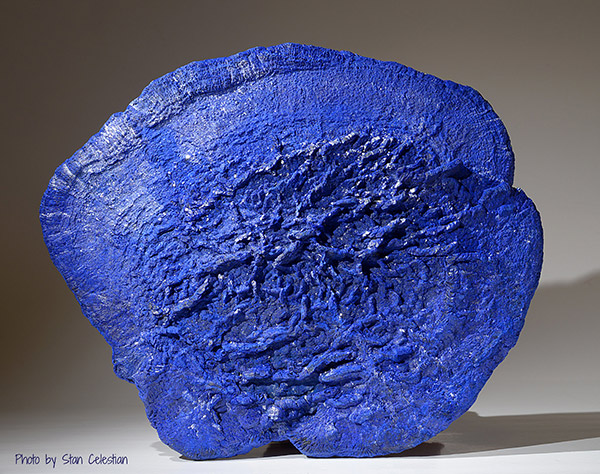 In ancient Egypt and on the mythical island of Atlantis, azurite was believed to have psychic abilities.  For this reason it has a long history of being used for psychic development and for increasing metaphysical powers.

When used for its metaphysical properties azurite is said to be beneficial for the mind and mental processes.  It can relieve stress, fears, phobias and enhance memory.

Although popular as a gemstone because of its colour, azurite is a very soft stone which grades just 3.5 to 4 on Mohs scale of mineral hardness. Most of the world's supply comes from France, Australia, Russia, Chile and the USA.

The azurite mineral in our photo at the top of the page is from Gila County, Arizona.  Both photos are clickable and redirect to the original non-compressed image.