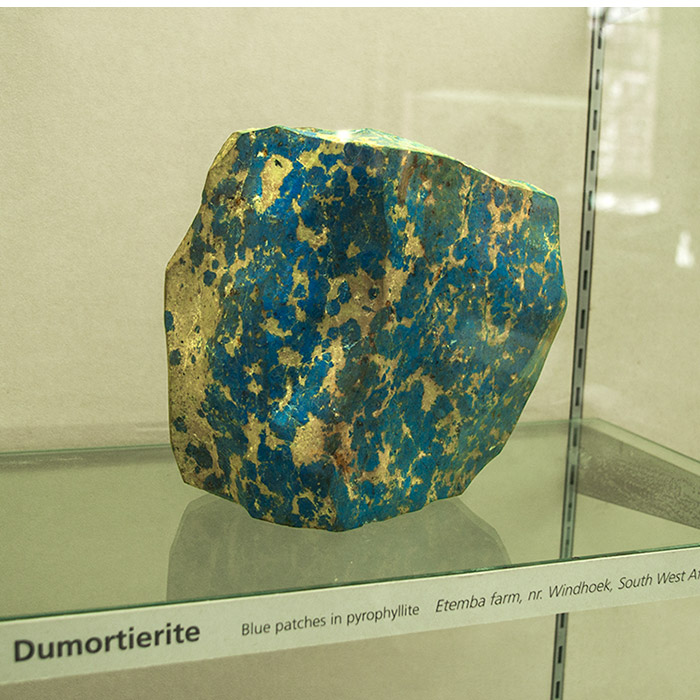 The mineral dumortierite was first identified in 1881 by a French mineralogist who named it in honour of palaeontologist Eugene Dumortier (1803 - 1873).  Although best known as a light or dark blue coloured stone it can also be violet, pink or brown.  Blue dumortierite is sometimes mistaken for the mineral sodalite and stones have also been used to imitate lapis lazuli. Lapis which is a rock not a mineral is much rarer hence considerably more expensive but it's really not difficult to tell one from the other.

Dumortierite is found in metamorphic rocks rich in aluminium.  The finest grade can be exceptionally beautiful and will often feature a mass of long slender crystals embedded within the mineral quartz.  Dumortierite crystals often have a vitreous lustre, are generally quite small and may exhibit pleochroism with colours varying from red to blue to violet.

Commercial grade stones are widely used for lapidary purposes but are actually quartz that's heavily included with dumortierite.  Found in several countries around the world, it's relatively hard and grades 8 on Mohs scale of mineral hardness.

In crystal healing dumortierite is said to be beneficial for patience and slowing down aggravated and irritated energies and may be used to calm excitable behaviour and stubbornness.  It stimulates communication between the body's various systems and can help with the expression of spiritual ideas and the comprehension of hidden meanings.  It helps to resolve opposing points of view and when placed on the throat chakra can encourage open communication and the urge to share advice. 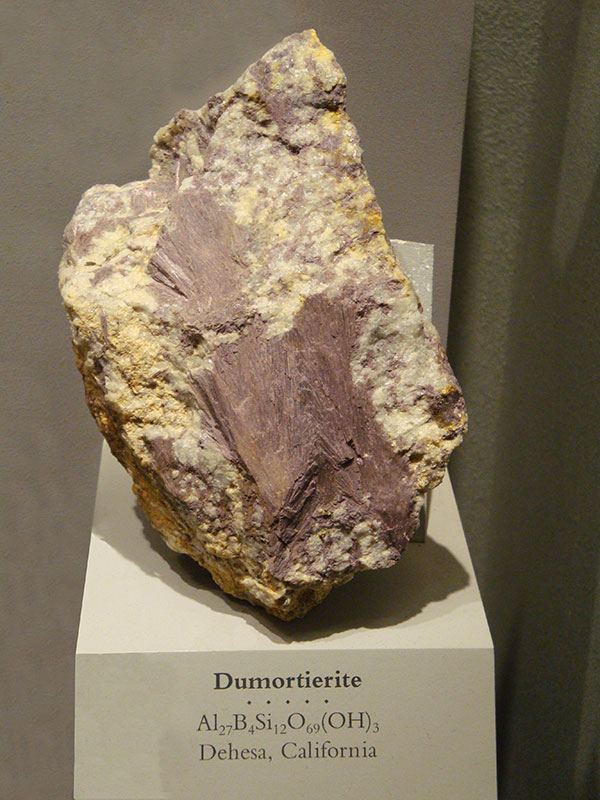 Our photograph at the top of the page is dumortierite in pyrophyllite which is similar to the mineral talc but features aluminium instead of magnesium.  Housed in London's Natural History Museum it originates from Namibia in south west Africa  (photo; Stone Mania).  The next photo courtesy of Stan Celestian features inclusions of dumortierite in quartz.  The crystals are from Bahia in Brazil.  The dumortierite in our final photo is on display in the Smithsonian Museum of Natural History, Washington D.C.  All photos are clickable and redirect to the original full size image.