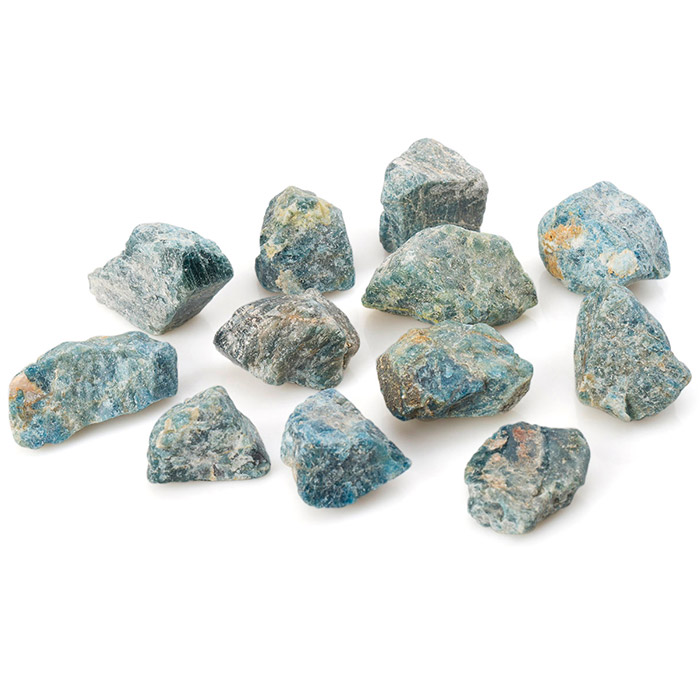 About the Mineral Apatite

Apatite is a relatively common mineral which can be found in large quantities in bones and tooth enamel and in smaller quantities in several different types of rock.  Bones and teeth are composed of calcium phosphate which is the same material as apatite.  As a mineral it has many uses in industry one of which is for fertiliser because it's a rich source of phosphorous.

Although apatite is occasionally used as a gemstone it's not a popular choice because it's relatively soft and scratches easily.  On Mohs scale of mineral hardness it grades 5 and is in fact the index mineral for this level of hardness.  When apatite is used as a gemstone, despite being translucent it tends to be cut as a cabochon but that said, the finest grade stones will sometimes be faceted.

Apatite can occasionally feature inclusions of the mineral rutile which can cause stones to become slightly chatoyant.  When this optical phenomenon is present the stone is usually known as Cats Eye. 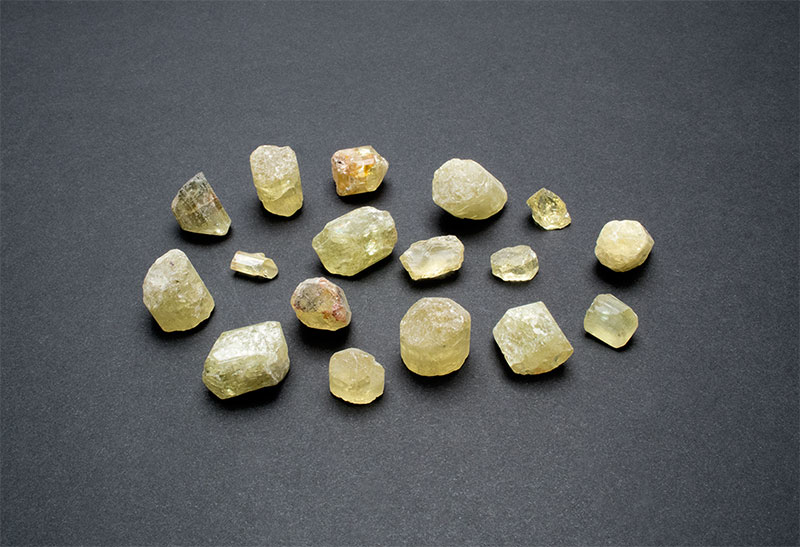 Apatite occurs in many different colours and can also be colourless or multicoloured.  Blue apatite is a particularly popular stone but mostly with rock and mineral enthusiasts.  Due to its fragility it's a difficult material to work with hence tends not to be widely used in the jewellery trade.  Stones are often heat treated to enhance their colour.

First named by a German geologist in the late 1700's, the name apatite came from the Greek word for "to deceive" or "to be misleading".  This came about because it's not an easy stone to identify and can easily be mistaken for several other similar looking minerals.

The apatite stones featured in this article come from our own collection.  Images are clickable and redirect to the original photos.

Our Collection of Apatite