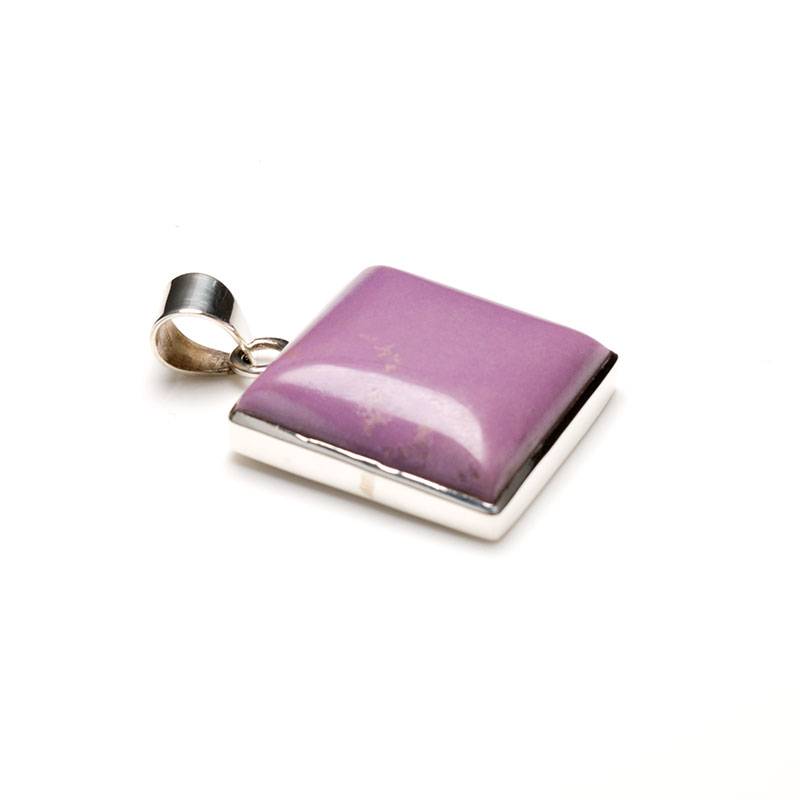 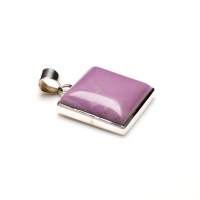 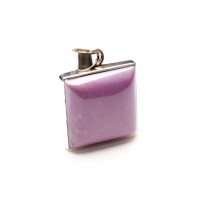 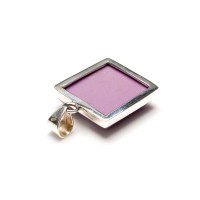 Rich orchid coloured phosphosiderite gemstone mounted as a ladies pendant in a hand crafted sterling silver setting.  This relatively unknown mineral which can only be found in a few countries around the world boasts a unique colour and subtle yellow veins or markings are also sometimes present.  The largest deposits are found in Chile but despite its impressive colour, phosphosiderite is rarely used as a gemstone mostly likely because it's a brittle and relatively soft stone which makes working with it slightly more challenging.

Phosphosiderite is a form of iron phosphate which is a compound that combines phosphorous and oxygen with iron. Found naturally in many foods, iron phosphate is also used to fortify bread. The iron and phosphate separate when consumed by humans and most animals but as a combined substance it's used as an ingredient to kill slugs and snails.

This reason for this phosphosiderite gemstone pendant being included in our collection of sale jewellery in the Bargain Basement is because there is a very minor firescale mark on the side of the setting but it's important to note that the mark is almost invisible to the naked eye but appears more prominent in our photograph because of our powerful camera lense and photographic lighting. 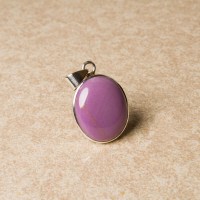