The reason this ladies chalcedony pendant has been added to our Bargain Basement is because there is a circular mark on the back of the gemstone which we believe was caused by a sticky label that should never have been put there in the first place. Despite trying to remove it with a non chemical solution, the mark remains hence we do not want to damage the stone for something that can't even be seen when the pendant is being worn.

This subtle blue coloured cabochon is best described as having a vitreous lustre and the shade of colour changes slightly depending on the amount of light that's present.  Chalcedony quartz as this mineral is also sometimes known has crystals which are microscopic hence cannot be seen with the naked eye. Although white in its purest form the vast majority of chalcedony occurs with impurities of other minerals and it's these which cause the stone to change colour.

A popular gemstone for use in jewellery, chalcedony is relatively hard which makes it an ideal lapidary material.

Crafted by hand for Stone Mania in a fine sterling silver setting, this chunky chalcedony pendant is a great piece at a totally unbeatable price. 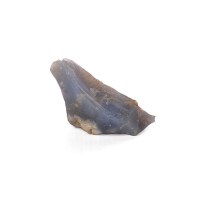 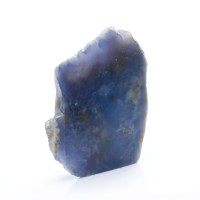 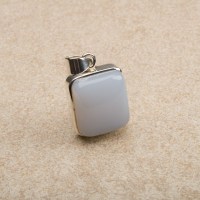