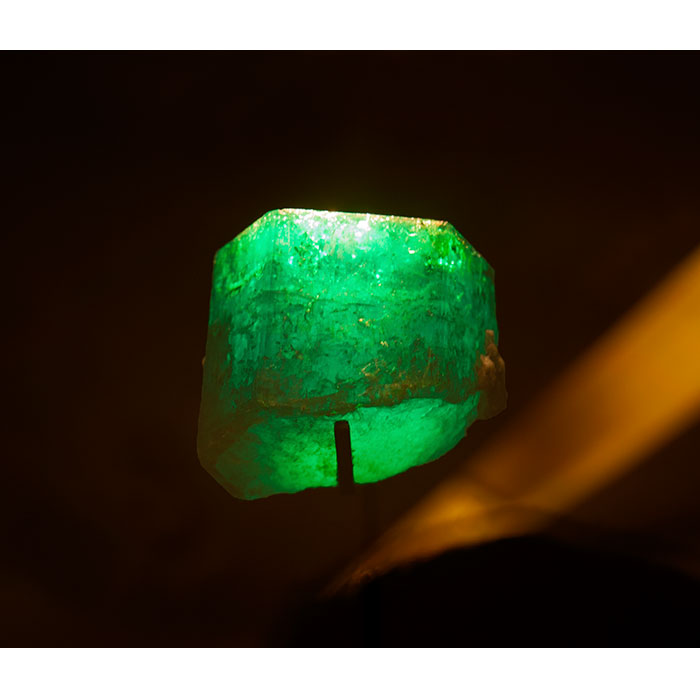 One of the Largest Uncut Emeralds in Existence

The Duke of Devonshire Emerald is believed to have been discovered in Santa Fe de Bogota in Columbia early in the 19th century.  Weighing in at 1,383.93 carats, this hexagonal shaped crystal is believed to be one of the largest uncut emeralds in existence.

During a recent visit to London's Natural History Museum we saw the Duke of Devonshire Emerald on display and managed to capture a relatively good photograph of it. The shot was taken from slightly below the emerald looking up so the light from the top of the cabinet can be seen shining through the crystal.  The information below accompanies the emerald.  Clicking our photo above redirects to the full size image. 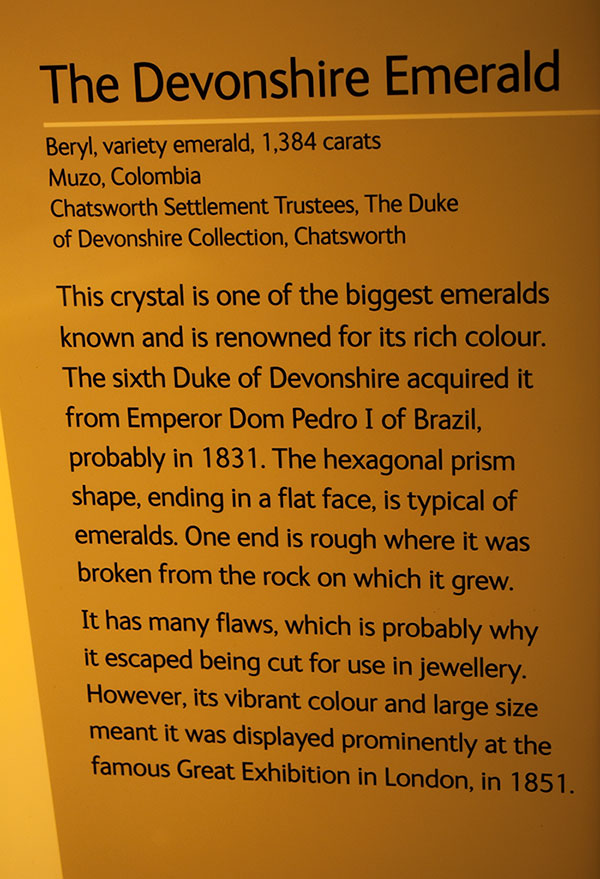 The Duke of Devonshire Emerald found its way into the hands of Emperor Don Pedro I of Brazil (1798-1834) who then passed it onto William Cavendish 6th Duke of Devonshire around 1831. It's not clear whether the emerald was given to him as a gift or whether he purchased it.

Prior to being on display in London's Natural History Museum the Duke of Devonshire Emerald was at the "Great Exhibition" in London in 1851. Although there are believed to be larger uncut emeralds in existence, specific details about them are vague and scarce.

Whilst researching information about the Duke of Devonshire Emerald we found a book which stated the exact whereabouts of the stone are currently unknown and the crystal on display in London's Natural History Museum is a replica. This practice is not unusual and doesn't only happen with priceless museum exhibits but also with priceless jewels especially those on display in the windows of prestigious jewellers. The purpose is not only to safeguard them in the event of there being a robbery but also by displaying a replica it may lower insurance costs and mean the cabinet in which the item is being displayed does not have to be quite as secure.