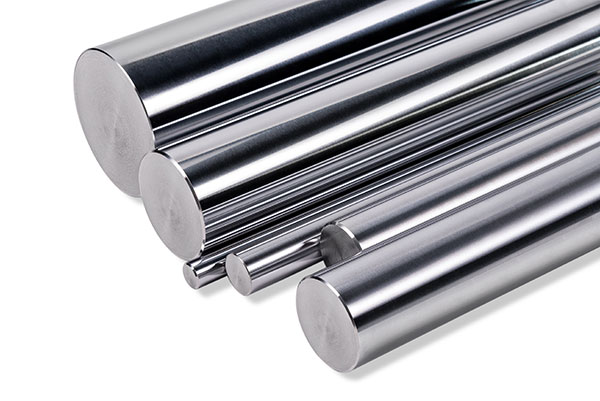 Chromium often abbreviated to chrome is a steely grey coloured lustrous metal that was first discovered in 1797.  Although brittle it's extremely hard and grades 8½ on Mohs scale of mineral hardness.  Often used as an alloy because of its resistance to tarnishing which also protects it from corrosion, chromium is widely used in industry.  When used as an alloy in steel, the steel becomes more resistant to corrosion and discolouration and becomes known as stainless steel.

Chromium takes on a high polish, it has a high melting point and is also relatively flexible.  It has no odour or taste and its name comes from the Greek word chrōma meaning 'colour' which came about because many of its compounds are particularly colourful.

The presence of chromium in the mineral corundum causes it to turn red, red corundum is better known as ruby.