What are Tumbled Stones? 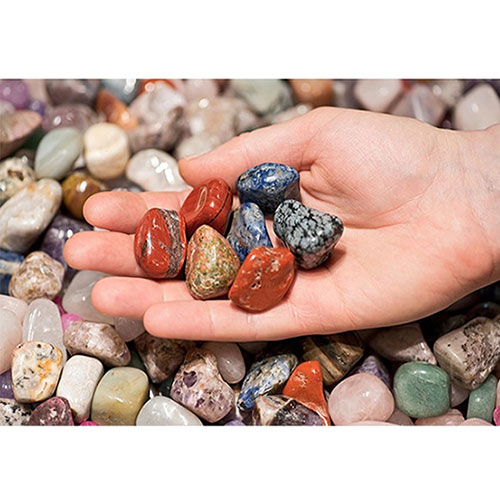 How Are Tumbled Stones Produced?

Tumbled stones are pieces of rock and different minerals that have been tumbled to produce smooth, rounded and highly polished stones.

The process begins by placing rough stones of a similar size into a rock tumbler.  The barrel is then filled with water, sand and coarse grit.

As the barrel or drum slowly rotates the stones begin to lose their rough edges.  In doing so they also become more rounded.

The smoothness of the tumbled stones is determined by the coarseness of the grit.  Initially a very coarse grit is used but is then replaced with medium and then fine grit.  It works in the same way as sandpaper, the finer the paper the smoother the end result. 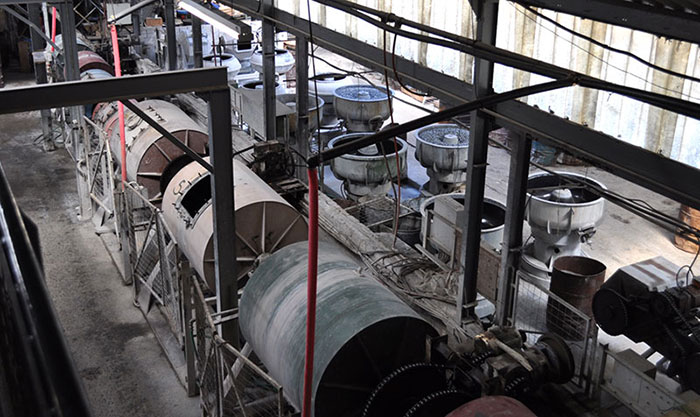 The final stage of tumbling rocks and minerals is polishing the stones.  This is done using fine sand and a polishing agent.

The length of time it takes to produce tumbled stones can vary from a few days to months.  The time it takes is dependant on several factors.  These include the size of the rock tumbler which can be a small machine suitable for amateurs or something on an industrial scale.

The size and hardness of the rocks or minerals being tumbled must also be taken into consideration.  How full the barrel is and the coarseness of the sand or grit being used is also important.

Using a rock tumbler to produce tumbled stones mimics a process that happens in nature.  When fragments of rock beneath or adjacent to a body of water are gently moved back and forth, movement caused by the motion of the water causes them to rub against each other and against sediment.  Sediment is made-up of small pieces of rock, minerals and the remains of plants and animals.

Over long periods of time the rough fragments become smoother and more rounded.  Tumbled stones produced naturally are better known as as river or beach pebbles. 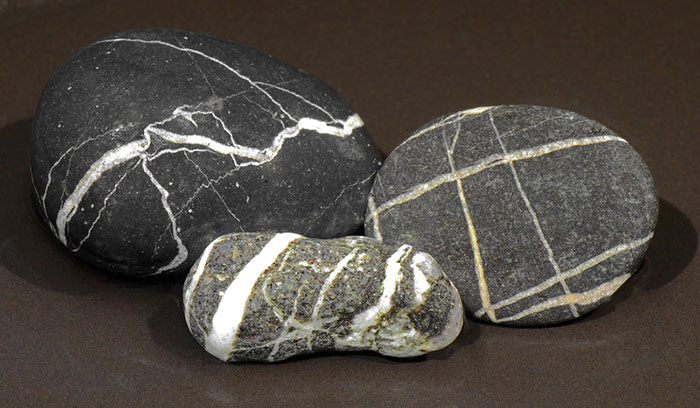 Most but certainly not all tumbled stones tend to be minerals.  To be classed as a mineral a naturally occurring solid must have a crystalline structure.  Crystalline means it's made up of crystals.

We believe this is how the word 'crystals' came about.  It's used almost exclusively by those with an interest in the metaphysical properties of rocks and minerals.

Naturally occurring solids that are not crystalline are known as mineraloids or amorphous solids.  Examples include obsidian which is a volcanic glass, opal, shungite, moldavite and pearl.

Although the words crystals rocks and minerals tends to be used interchangeably, all three materials are different.

Information about making your own tumbled stones can be found here.

Not all stones being sold commercially as "tumbled stones" have been produced in a rock tumbler.  Tumbled stones that are almost the same size and have the same or a very similar shape are likely to have been cut individually.  Shapes are usually square or oval.

From experience I know most of these come from India.  Having done business in India for more than twenty years, I can say with some degree of certainty it's also likely they're being polished by hand.  With regards to exactly how they're being cut that's difficult to say.  Due to the consistent shape it's probable a machine is being used but it will be something fairly basic.

It's fairly easy to tell whether a stone has been produced in a rock tumbler by its shape.  Stones that are dice-shaped could not possibly have been tumbled.  Stones being rotated in a drum or barrel cannot come out square.  Likewise when a large number of the same stone have a perfectly round or oval shape, it's also unlikely they've been tumbled.

Stones produced in a rock tumbler will rarely ever be exactly the same size or shape. 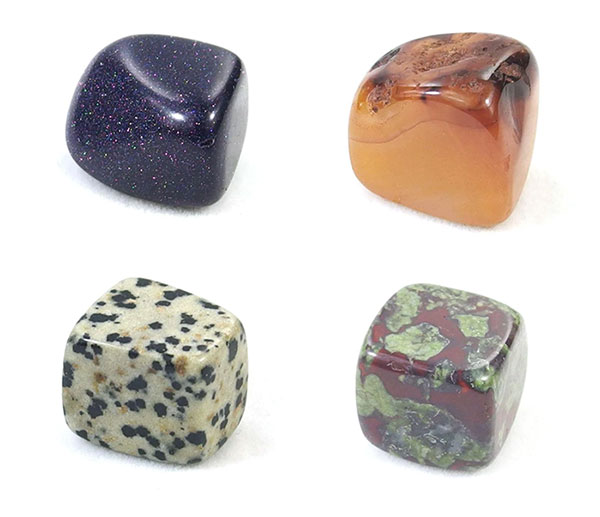 As rough stones are gently rotated in a barrel filled with sand and water, the edges become smoother and the stones become "more rounded".  No matter how long the tumbling process goes on for, the stones will never come out perfectly round and definitely won't come out square or oval.

My only reason for mentioning this is to highlight the fact the term "tumbled stones" is now being used to describe any stone that looks like a tumbled stone irrespective of how it's been produced.

On a commercial scale the vast majority of tumbled stones come from South Africa, India and China.  Part of the beauty of stones that have been tumbled in a rock tumbler is that no two pieces will ever be exactly the same. 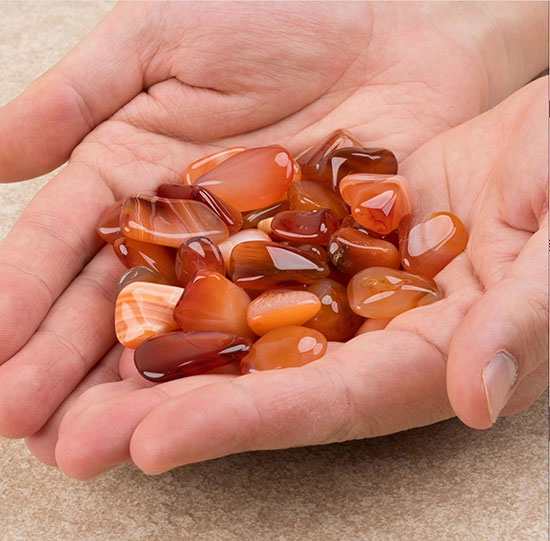