What is Orbicular Jasper?

Orbicular jasper is a distinctive variety of jasper that can be identified by its orb-like spherical markings.  Used primarily as a decorative material, stones can be colourful and take on a high polish.

Varieties of orbicular jasper can be found in several locations around the world.  Ocean jasper which is possible one of the best known varieties can only be found in Madagascar.  Another is poppy jasper from Morgan Hill, Santa Clara County California. 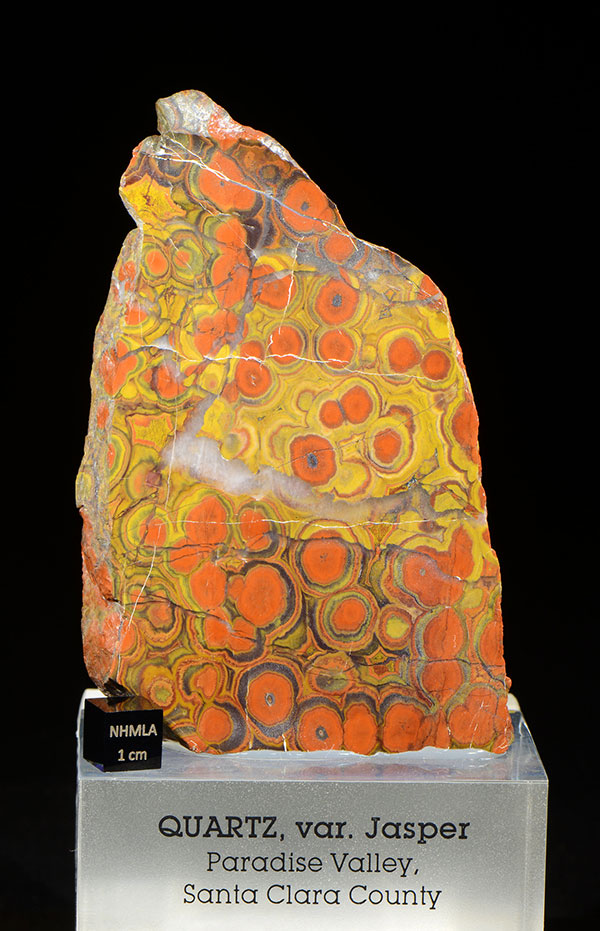 The prominent rounded markings in this stone make varieties of orbicular jasper particularly unique.  Jasper is mostly opaque because as much as 20% of its chemical composition is other minerals and substances.

The image above is poppy jasper from Santa Clara County California. The photo is clickable and redirects to the original non-compressed image. Courtesy of Stan Celestian.