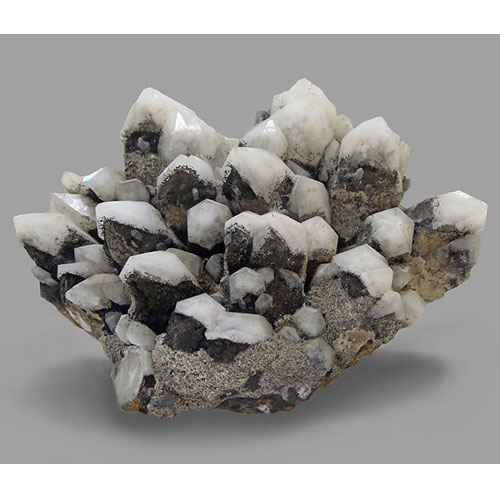 Manganese is a chemical element found in many minerals usually those combined with iron.

A hard but brittle silvery grey metal, it's essential for the production of iron and steel.  When exposed to air it tarnishes slowly and with exposure to moisture it rusts.  When used as an alloy in aluminium manganese reduces corrosion.

Afer iron, manganese is the second most abundant heavy metal in Earth’s crust. Heavy metals are those with a relatively high density.

Manganese compounds were used by glass makers in ancient Greece and Rome to add or remove colour from glass.

Cave paintings in France believed to be 30,000 to 24,000 years old also contain pigments of manganese.

Our photo is quartz and manganese oxide. Courtesy of Ron Wolf, it's clickable and redirects to the original non-compressed photo.