What are Nodules and Concretions?

In mineralogy a nodule is a small rounded lump of one single mineral or a combination of minerals.  These are generally harder than the rock or sediment in which they're found.

A concretion is a collection of hardened compacted matter that forms as a result of mineral precipitation in spaces between the particles.

Precipitation is a process whereby dissolved minerals are separated from the water in which they're being carried.  This happens when water evaporates or recedes.  Imagine a glass of water containing salt that's fully dissolved being placed somewhere very hot.  As the water slowly evaporates the concentration of salt increases to the point where it's no longer being dissolved by the water.  As the water dries up completely, the salt precipitates in the glass. 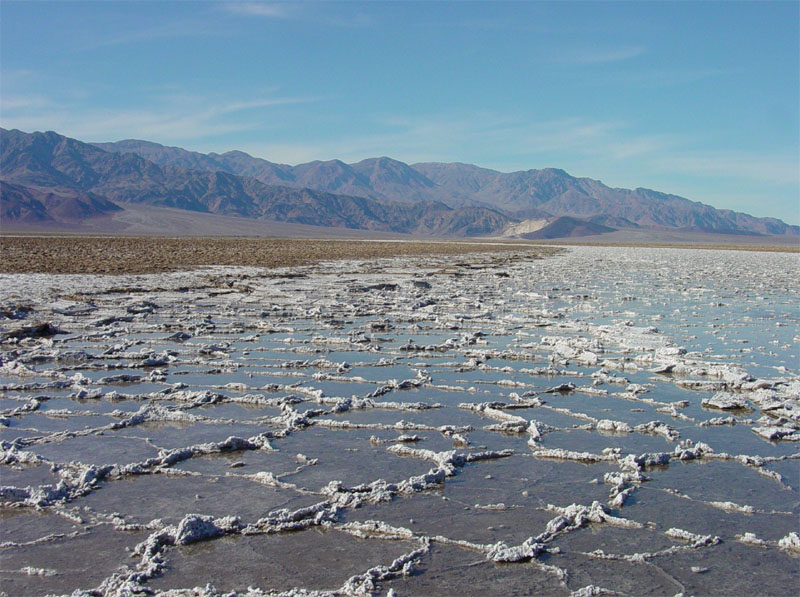 Below Earth's surface dissolved minerals being carried in groundwater precipitate to form mineral cement as the water dries up.  The process of cementation hardens the sediments which over millions of years go on to form sedimentary rocks.  The most common mineral cements include silica, calcite, limonite, hematite and clay minerals.

The most important difference between a concretion and a nodule is concretions are formed from mineral precipitation around a formation of matter (a substance that has mass and takes up space).  A nodule is a self-contained mass or lump that exists within a host rock but has a different composition.

Our photograph is precipitated salt on a dried lake bed in Death Valley after the water has evaporated.