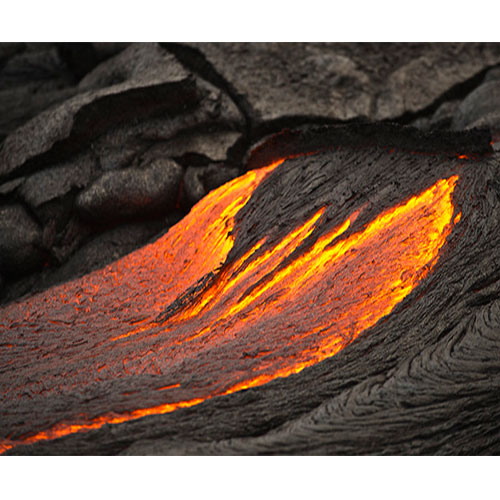 Lava Molten Rock from a Volcano

Lava is molten rock that pours onto Earth's surface during a volcanic eruption. Once lava cools and solidifies it forms an igneous rock.

The only difference between lava and magma is one is molten rock below the surface of Earth, the other is molten rock after it's been expelled from the vent of a volcano.

Our picture which is courtesy of Stan Celestian is clickable and redirects to the original non-compressed photo.  The lava comes from the eruption from Pu‘u ‘Ō‘ō (Mt Kīlauea) volcano in Hawaii.  The eruption began in 1983 and ended in 2018.