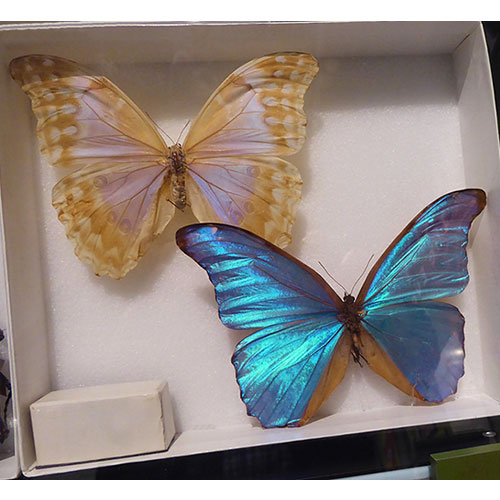 Examples of materials that exhibit iridescence include soap bubbles, the wings of a butterfly and certain rocks and minerals.  Mother of pearl, rainbow moonstone and labradorite are particularly well known for being iridescent.

The butterflies in our photo are on display in the Harvard Museum of Natural History, Cambridge, Massachusetts, USA.  Photo by Stone Mania ©.  Clicking the image redirects to the original full size photo.