Heating rocks minerals and gemstones for the purpose of enhancing or changing their colour can be traced back thousands of years.

Ancient man was a master of fire.  72,000 but possibly as long as 164,000 years ago in South Africa fire was being used to heat stone to change its properties. The purpose was to improve the quality and efficiency of stone tools that were being produced.

With the passage of time man continued to learn about the effects of fire on stone.  He would have been aware from quite early on that when heated, some stones also changed colour.

Today the application of heat in any form to change the chemical composition of a rock, mineral or gemstone is known as a heat treatment.

The Ancient Greek philosopher Theophrastus [c.371 - c.287 BC] wrote in depth on this subject in his treatise 'Theophrastus on Stones'.

He wrote "some can be burnt whilst others can be melted and then there are those which just break up into smaller pieces."

He also described the effects of moisture on rocks and minerals saying "depending on texture some react differently when wet and dry."  He noted volcanic glass (obsidian) became porous when burnt and that colour and density also changed.

The mineral known today as amethyst plus many others was observed to change colour when heated.

Theophrastus went on to classify stones according to how they reacted to heat. 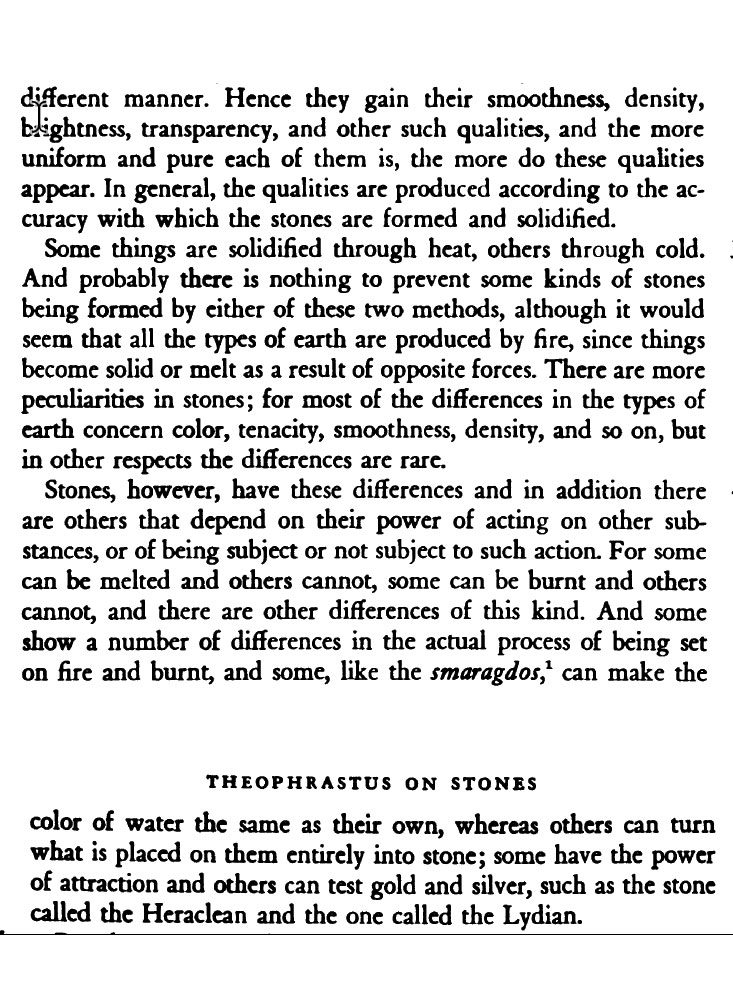 These statements confirm he was aware that by heating certain rocks and minerals they changed or lost colour.

Today different heat treatments are used to both enhance and change the colour of rocks, minerals and gemstones.  Results can vary from subtle to dramatic.

Although blue topaz occurs naturally it's extremely rare.  The vast majority is produced by heating colourless topaz.  Depending on the type of treatment used three different shades can be produced. Topaz can be heated in an industrial oven or by exposure to radiation.  Scientists believe gemstones that have been irradiated pose no risk to health.

Before heated blue topaz can be handled it must be stored away securely until any measurable levels of radiation have decayed.

The mineral tourmaline which can be quite dark is often heated to lighten the colour.  It too can be irradiated or heated through more conventional methods.

Amethyst is often heated to produce citrine.  Greener shades of aquamarine can be heated to turn the stone blue.

Most of world's finest rubies and sapphires are heated to improve colour, clarity or both.  It's extremely unusual for these stones not to be heated.

Most tanzanite is heated to change or enhance the depth of colour.  It also removes undesirable tints of yellow or brown.