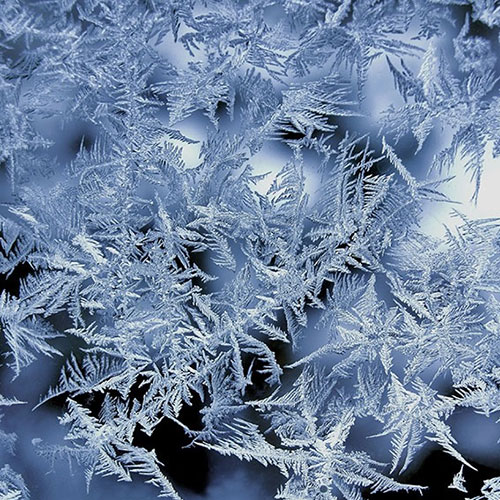 Crystallisation Can be Natural or Artificial

Even though most water contains dissolved minerals it's still homogeneous because they will be dissolved evenly throughout the water.

An example of crystallisation is water freezing to form ice or snow.  When atoms come together in a highly ordered repeating arrangement they form a crystal.

Crystals can also form as a result of precipitation from water.  Precipitation in relation to mineralogy is a process whereby dissolved minerals come out of water.  An example could be salt which had previously been dissolved.

In nature crystallisation can take place quickly or over long periods of time.  Some crystals that form deep within Earth's crust take millions of years to grow.

Crystals grown at home can form in anything from a few hours to a few days.

Place three cups of sugar or salt in one cup of boiling water and stir until dissolved.  Transfer the solution to a jar and drop in a piece of string that's been roughened with a knife.  Crystals grow better on a rough surface than on one that's smooth.

After a few days as the water evaporates crystals will form.  This process is precipitation.  What you'll end up with is a mass of crystals.

If the saturated solution cools quickly you'll get smaller crystals.  Cool it slowly and the crystals will be larger because they have more time to grow.

The process is exactly the same in nature.  Granite has large crystals because the magma from which it formed cooled and crystallised very slowly over millions of years.

Obsidian which is volcanic glass is a mineraloid because it has no significant crystal structure.  Obsidian forms from lava that cools so fast there was no time for crystals to grow.

If you're in a hurry but want to see the effects of crystallisation, place some water in the freezer and within a few hours you'll have ice.  Ice is crystallised water.