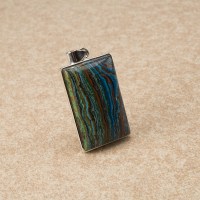 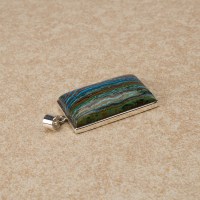 This striking gemstone was shrouded in mystery for several years before it was finally confirmed with some degree of certainty that it wasn't a natural stone.  Rainbow Calsilica was first introduced to the gemstone market in 2002 at a prestigious gem and mineral fair in the USA.  It was presented as a natural mineral which had recently been discovered in Mexico.  Having caught the attention of geologists and mineral enthusiasts from around the world, questions poured in and the stone began being scrutinised in an attempt to confirm its authenticity.  Despite specific details being withheld about where it was found or how it was being mined, it soon became apparent that rainbow calsilica was not the material it was being made out to be.  Despite accusations that the stone was enhanced being vehemently denied, the presence of colouring agents and a transparent plastic-like material similar to paraffin wax meant the game was over.

The argument about whether rainbow calsilica was a natural stone or not hung around for a number of years during which time its popularity increased.  Little has ever been discovered about its true origins or the people behind its production and we continue to hear stories from customers who have been told that it is definitely a natural mineral from Mexico.

We followed the story of rainbow calsilica since the first day we discovered it and kept an open mind until all the facts had been established.  Although our passion is natural rocks and minerals, we still enjoy having this curious material as part of our collection and each piece that we feature has been carefully chosen by one of our team. 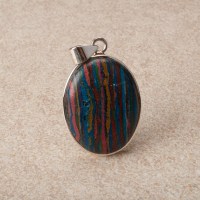 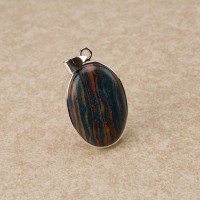 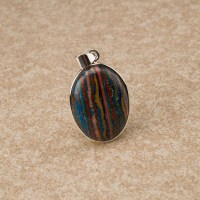