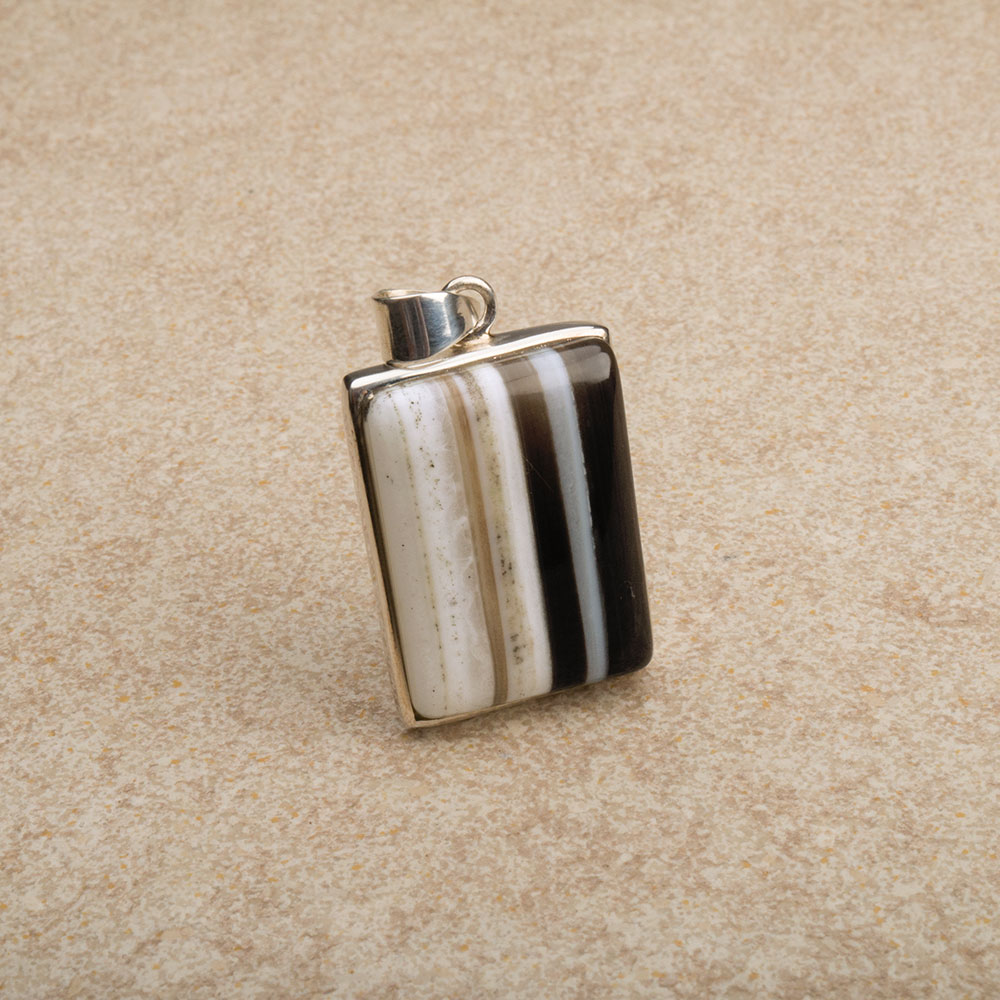 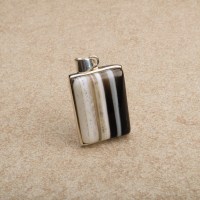 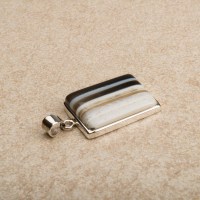 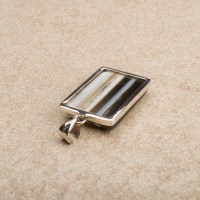 As well as being a particularly elegant stone, it also slightly translucent which is mostly noticeable between each of the vertical bands.

Pliny the Elder the Ancient Roman author and naturalist wrote about techniques used to dye onyx in his encyclopaedia Naturalis Historia.  One of the reasons why this stone is considered suitable for dyeing is because it's very porous and it's not widely known that the vast majority of black onyx is dyed.  Although onyx occurs in many different colours including black although that is quite rare, colours can be quite subtle which is why it ends up being dyed.

Onyx is widely used as a gemstone and tends to be cut as a cabochon.  It has a vitreous lustre so its texture is sometimes compared to glass. 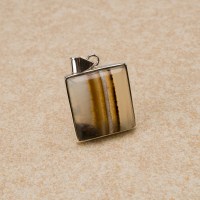