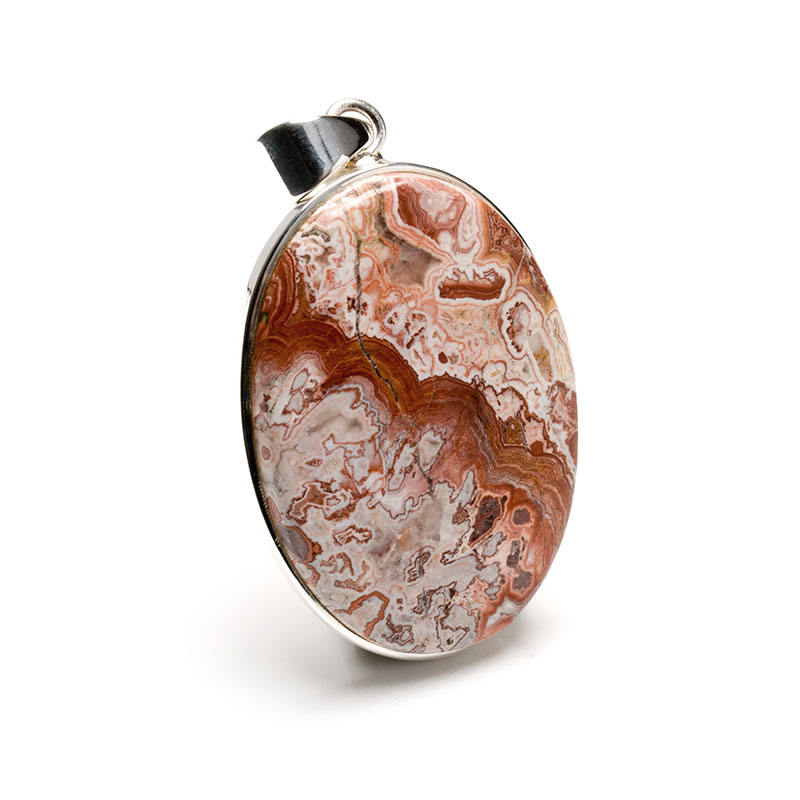 Crazy lace agate pendant crafted in a fine sterling silver setting. This highly polished cabochon boasts striking markings and subtle colours primarily in hues of red.  Many different varieties of agate can be found around the world, crazy lace which is part of the group known as lace agates come from two states in Mexico.  Its markings are caused in part by alternating bands of chalcedony in addition to other minerals which may be present including quartz, calcite, aragonite and baryte.

Agate is known to be one of the oldest of all minerals and references to it can be traced back more than two thousand years.  It's a relatively hard stone which grades 7 on Mohs scale of mineral hardness which is part of the reason why it's such a popular lapidary material.

This crazy lace agate pendant is an eye-catching accessory and as with all of the ladies pendants in our collection, it has been crafted by hand by one of a small team of artisans with whom we have been working for many years. 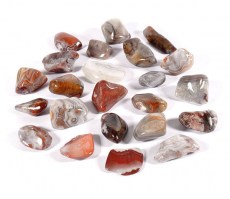