Pretty amazonite gemstone pendant crafted for Stone Mania in an elegant sterling silver setting. This highly polished gemstone boasts distinctive colour and markings and is one of the very few pieces of amazonite that we currently have mounted as a ladies pendant. 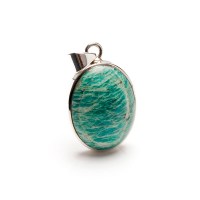 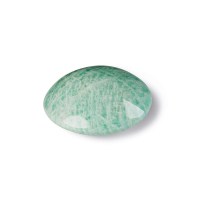