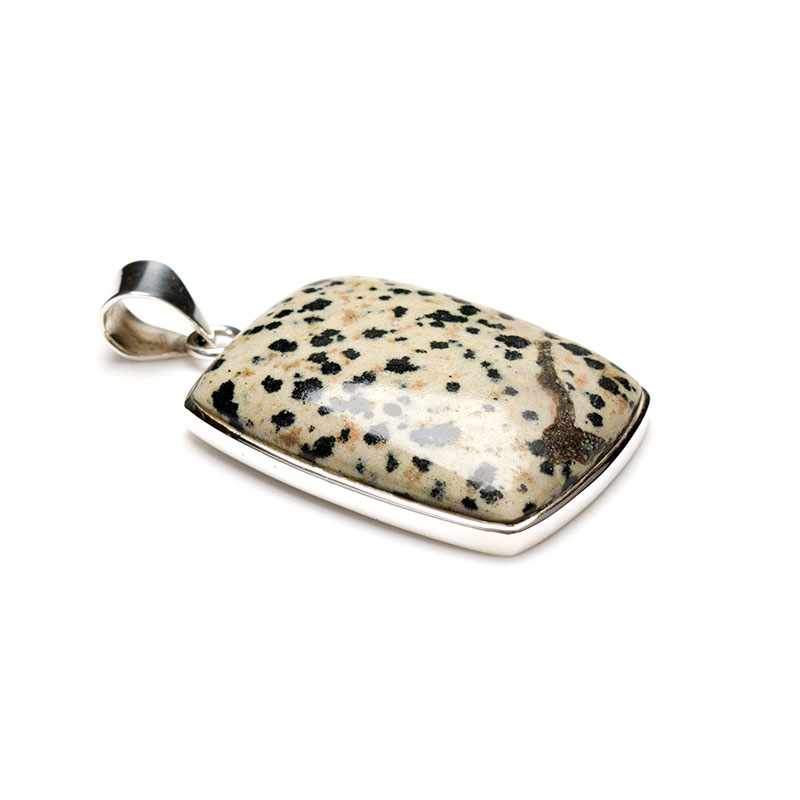 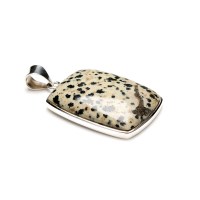 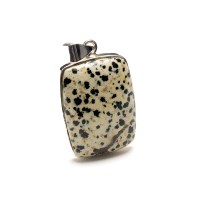 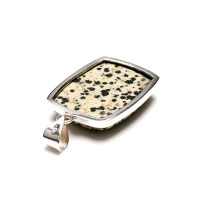 Dalmatian jasper pendant crafted by hand for Stone Mania in a fine sterling silver setting.  A relatively easy stone to identify because of its distinctive spots, dalmatian jasper despite its name does not meet all the requirements on a geological level to be a true jasper hence dalmatian stone instead of jasper is believed to be a more accurate name that's often used as an alternative.

Named after the breed of dog made famous by the Disney film 101 dalmatians, dalmatian jasper can be found in a few places around the world but Mexico is one of the largest exporters and ironically, it's mined primarily in the state of Chihuahua.  So this spotted stone that's named after a dog comes from a state in Mexico after which a dog was named. Sometimes fact really can be stranger than fiction.

This eye-catching gemstone pendant comes in a colourful gift pouch and will be dispatched on the same day for orders received before 2pm.