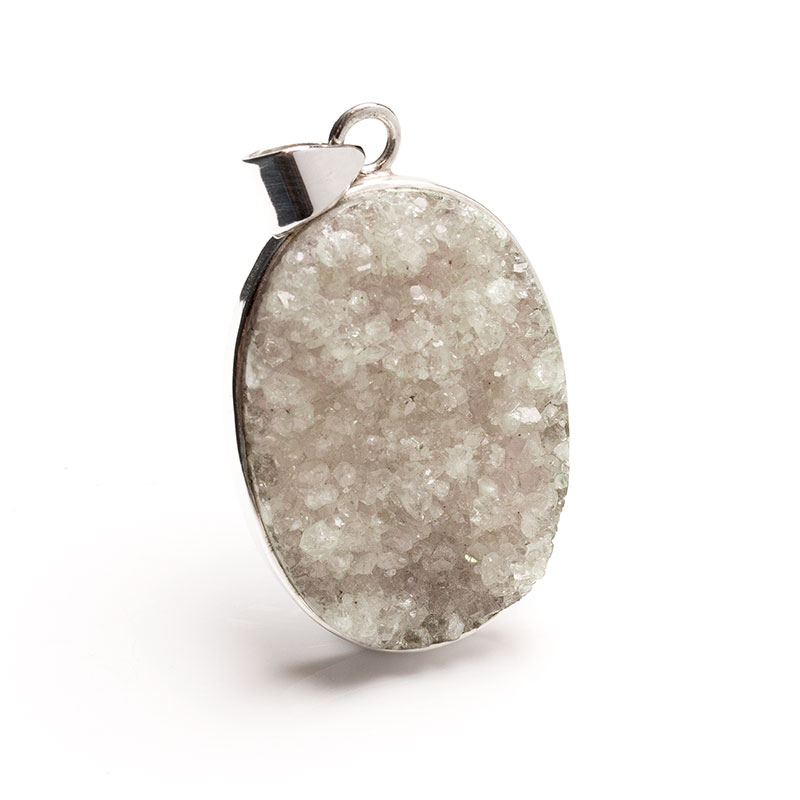 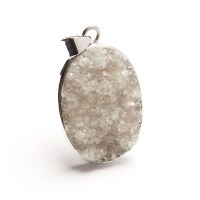 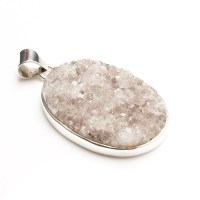 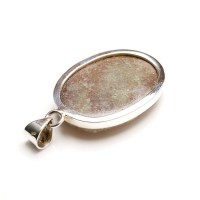 Oval shaped quartz druzy pendant necklace mounted in timeless sterling silver.  Despite its size this ladies pendant is surprisingly light weight and due to the surface of the stone being covered in a layer of tiny crystals it reflects light at almost every angle.

Most druzy occurs as a lining within the cavity of geodes and is mostly seen in varieties of the mineral quartz.  Druzy is a layer of crystals that form on the surface of another mineral usually as a result of water that has settled on the rock.  As the water dries up just the minerals (present in the water) are left behind which then harden over time and crystallise.  Druzy can be almost any colour because it totally depends on what minerals were present.

When held up towards the light this translucent quartz druzy exhibits a subtle pink colour.  As tempting as it is to touch the crystals we'd recommend not doing so because they're often fragile and will also eventually become dirty.  It's not possible to effectively clean the stone so taking care of it as much as possible is important.  When not being worn it's best to keep the pendant covered with a soft lint-free cloth which will help to protect the crystals whilst also minimising any build-up of tarnish on the sterling silver.